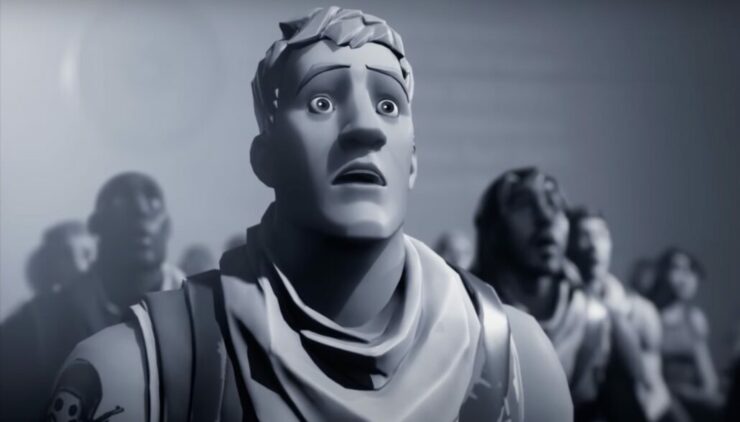 Apple vs. Epic Games is going to court next month. Still, Apple has decided to take the lead by submitting a 500-page document that talks about all the findings, arguments, and the conclusion on the situation that is going on. Aside from everything else, the document also highlights Epic Games' "Project Liberty," which serves the purpose of portraying Apple as the villain here.

Apple raised a point about how Epic Games has made over $700 from Fortnite being on the App Store for almost 2 years, and after that time, the company has decided to come up with the strategy that paints Apple as the "bad guy" in this situation. Apple has  also talked about how "Epic just wants to free-ride" on its various innovations and how it uses the lawsuit against Apple to "revive the flagging interest in Fortnite."

Apple has also talked about how Epic Games hired a PR firm and lawyers as part of "Project Liberty," The company silently added an alternative payment system to Fortnite on iOS and then went ahead to activate it. This is what caused this strife between the two tech giants. This is the information provided to use by MacRumors.

This was all part of a pre-planned media strategy called “Project Liberty.” Epic retained Cravath, Swaine & Moore LLP and a public relations firm in 2019, and this lawsuit is the culmination of that effort. Epic seeks to portray Apple as the bad guy so that it can revive flagging interest in Fortnite. Yet, ironically, when Epic got kicked off the iOS platform, it told players that they could continue playing on consoles, PCs, and other devices–demonstrating the existence of competition and the absence of monopoly.

Apple has also raised an argument that the 30% App Store commission they are charging is fair because it allows the developers access to over a billion devices. Its position as the gatekeeper of the App Store is also there to ensure that everything is properly reviewed before it gets published on the storefront, ultimately ensuring that all the developers have proper access to all the tools that they are going to need and more.

Apple also talks about how Epic Games just wants to make more money, which is why the company wants to set alternative App Store terms. However, if Epic is allowed to have its own terms on the App Store, it will only hurt other develops and consumers, and it will actually undermine all the effort put into the App Store by Apple for all the years.

The court hearing between Apple and Epic Games is supposedly taking place next month and hopefully, it will be decided the future of Fortnite. Let us know what you have to say about this situation that should have ended years ago if only Epic had played nice.