Apple Cares About the Environment, But Thinks Using an Old PC is Sad

Apple launched several new products and features at its event yesterday. The lineup included a 4-inch iPhone SE, a smaller iPad Pro, CareKit framework, and new versions of iOS and OS X. The event started with a few words on encryption, which were followed by a significantly long talk on how the company is working to preserve natural resources and save the environment. 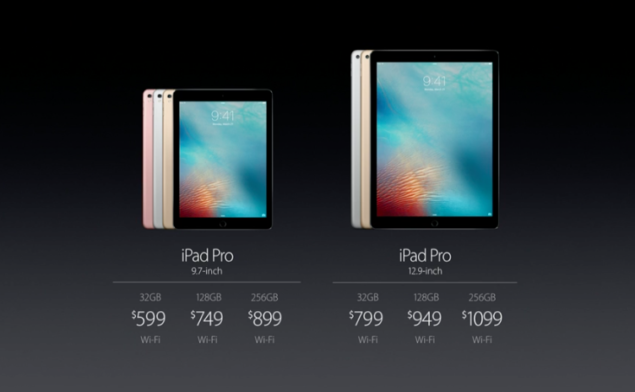 Several big corporations take pride in using the popular buzzwords, saving the environment, offering Internet to the poor countries, promoting diversity, and other similar stuff. But, at the end of the day, very few tech executives actually care about these causes, as is often apparent in their privileged comments. During the announcement of the new iPad Pro, Apple portrayed the device as a PC replacement. Noting that the majority of 12.9-inch iPad Pro customers switched from Windows PCs, Phil Schiller, Apple's Senior VP of Worldwide Marketing made a comment that rubbed many people the wrong way.

There are over 600 million PCs in use today that are over five years old. This is really sad, it really is.

It generated laughter in the room filled with tech reporters and enthusiasts who can possibly afford to have a brand new gadget every six months more than an average joe watching the live stream. But, the comment was taken for being insensitive and an elitist poke at the poor, creating a lot of uproar on Twitter.

Remember, how Apple had invited Microsoft over to talk about productivity features to help the company sell its 12.9-inch iPad Pro. Now, Apple has moved forward to diss the users of the same company calling them sad people who are using outdated tech. This is obviously nothing new. Tech execs living in the bubble of exciting new technology and privilege often find it hard to realize that for many there are several other basic necessities that come before buying new gadgets.

Dear Phil Schiller, I'm sorry I made you sad, but somedays I have to decide between school, food, sometimes med over an iPad. Sorry. #pc

Then there are those who are actually happy with their old gadgets as they serve their needs perfectly. Many just add new components to their PCs without having to replace them. But, as a tweet said it's the corporations who need us to keep buying new gadgets they produce every few months, no matter what the price tag.

who is it sad for if people have PC's that are old if they still serve their needs? the answer is: corporations who want to sell you stuff

Previously, Apple has been targeted for its lack of diversity at Apple events, but hitting the poor, even unintentionally, is a new low for the company that only caters the higher income bracket. Schiller didn't likely think his comments through at the eagerness to poke at the company's competitors, but it does show the privilege blinding many in the top positions in the industry.

Forget the poor, not everyone keeps an old gadget for economic reasons. Some (yes, very few people) also do it to actually help the environment. What's ironic in all this is the talk on saving the environment. Insulting the very people who it's actually trying to sell its products to, Apple is sending the message, "forget the environment when you can get an Apple logo on your devices."