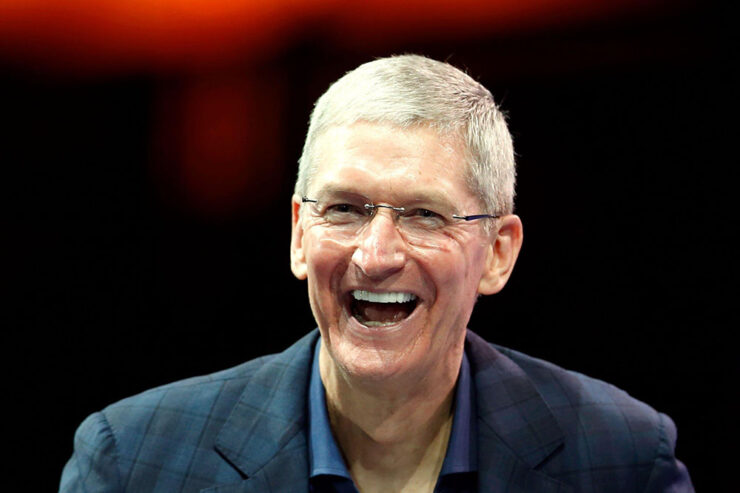 It's official folks. US tech giant Apple Inc (NASDAQ:AAPL) just crossed the $1 Trillion mark in market valuation, making it the first publicly traded company in American history to do so. Apple released its third-quarter earnings this Tuesday and shares took to optimistic heights the next day, with the closing price of $201.50. However, this was far from the magic number that Apple needed to create a new record in US tech record history - a record that it broke just minutes ago.

The big day for Apple investors and its fans is here as the Cupertino tech giant just broke history. During trading on Thursday, the company's shares kicked off the day roaring as it took no time to touch $203. Since then, the value continued to flirt with $206, being just $1 shy of the magic number.

Well, it's not flirting anymore, as Apple Inc (NASDAQ:AAPL) briefly traded at $207.05 today, making the company the first in American history to reach a market capitalization of $1 Trillion. It's taken Apple nearly 20 years to literally reach the top of the American stock market after being in shambles at the end of the 1990s.

Poor management combined with overflowing inventories and a lack of market sense plagued by the common managerial mentality of relying on slightly-different yet imitated versions of competitors' products resulted in widespread speculation about Apple's survival.

It's been a long way for the company since then when Steve Jobs took over the helm under the umbrella of Apple's NeXT acquisition and guided the company. After breaking ground with the iPod, it followed with the iPhone; the smartphone that truly changed the way people interact with the internet and others. Now, Apple (NASDAQ:AAPL) looks to ride the ASP tide created by the $1000 iPhone X which helped the smartphone's revenues grow despite a dip in shipments.

With the 2018 iPhone launch heading year, it's now a game of whether the company can maintain this momentum. By the looks of it, it might, as we expect an affordable 6.1" LCD iPhone 9 with a $699 price tag this September. This will accompany brand new iPads that a lot of sources believe will feature Face ID - the company's advanced 3D facial recognition setup debuted on the iPhone X.

However, while this number makes for good headlines, it doesn't solve two critical problems that the company is facing and that will only grow unless Apple (NASDAQ:AAPL) relies on its penchant for innovation. Cupertino needs to provide users with incentives to upgrade their iPhones and it needs to generate more revenue from services, using its existing user base as a monetization tool. These will ensure that it stays at the $1 Trillion mark rather than touching it briefly.