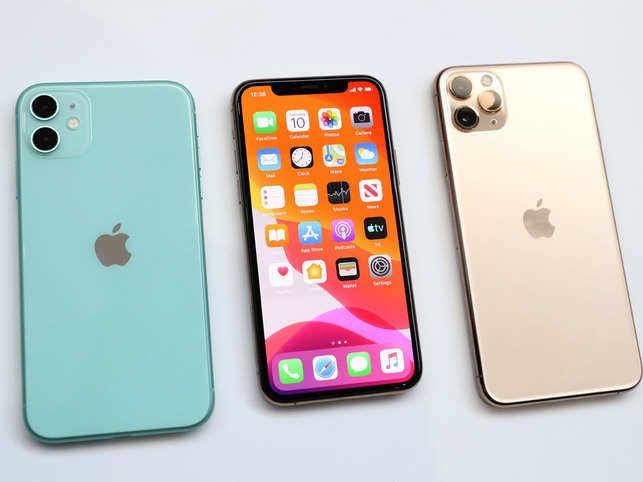 According to multiple reports, the increase in demand for the latest lineup of iPhones has driven Apple (NASDAQ:AAPL) to ask its suppliers to ramp-up production of the iconic smartphones by 10 percent or 8 million units.

It appears that the Cupertino-based company’s strategy of reviving growth by launching more affordable versions of the iPhone is paying off. After all, the increase in handset orders by about 8 million units is equivalent to the last year’s total annual shipments of Google’s (NASDAQ:GOOGL) Pixel lineup of smartphones. According to sources quoted by the Nikkei Asian Review, the ramp up is focused on the most affordable iPhone 11 model that retails for $699 while orders for the most premium model – the iPhone 11 Pro Max – have been slightly reduced (read our detailed coverage of the iPhone lineup here and here). The upbeat initial outlook for the latest iPhones was corroborated by the company’s CEO, Tim Cook, who recently informed the German newspaper Bild that iPhone 11 sales were “off to a good start”. Moreover, the CEO, while talking to the French daily Les Echos, predicted a new growth cycle in the market.

Another positive factor for the short-term demand outlook of iPhone 11 is the Trump administration’s last-minute deferral till December 15th of the 10 percent tariff imposition on all imports of electronic goods from China. As the smartphone is still predominantly produced in China, the imposition of the planned tariff would have hiked the price and curtailed the demand for Apple’s quintessential headset at the brink of the lucrative holiday season.

Investors have reacted euphorically to the news of a production ramp-up. Shares of iPhone screen-maker, Japan Display (TYO:6740), rose by nearly 2 percent on the Tokyo stock exchange. Similarly, the share price of the Austria-based AMS AG (SWX:AMS), a supplier of sensors for the iPhone, increased by 0.45 percent at the commencement of Friday’s session. For now, however, Apple’s suppliers remain cautious. The Nikkei Asian review quoted a source from one of the suppliers as saying, "Demand is good for now but we have to be careful not to be too optimistic.”

This encouraging development comes as the wider smartphone industry is in the midst of a slump. Last year, Apple was forced to cut production within weeks of the iPhone XR hitting the shelves. Moreover, in the first half of 2019, IDC determined that iPhone shipments declined by a whopping 25 percent. Samsung Electronics, one of Apple’s major competitors, also witnessed a decline in smartphone shipments for the period. Consequently, a persistent increase in demand at this crucial juncture would assist in countering the first-ever annual drop in iPhones sales that the company witnessed in 2018.

Reflecting this optimism around the demand outlook, Apple’s share price has been on a tear, lately. The company’s market value crossed the $1 trillion threshold earlier this week after a JP Morgan analyst lifted Apple’s share price target from $243 to $265 based on the expectations of soaring iPhone shipments. Nonetheless, the company continues to face significant headwinds including the intensifying U.S. – China trade war and the stiff competition mounted by the likes of Samsung Electronics (KRX:005930) and Huawei. The degree of success with which Apple is able to navigate these churning waters will, ultimately, determine its future and the associated direction of its share price.