One of the notable changes that are going to be introduced is major improvements to search, subscription access for all developers, App Store ads when searching for content, and some other smaller tweaks that should go a long way towards improving app discoverability. Apple has decided to open up app subscriptions to all product categories, giving developers more options when they are selling their apps and using this approach, Apple has essentially opened up more streams to earn revenue.

For example, developers can charge users $5/year as subscription fee, just as long as the app is worthy enough to be used for an entire 12-month period and be paid again. While most users might not agree with this model, this will also provide developers with sufficient incentive to further improve those apps with huge updates. Apple also plans to introduce up to 200 new tiered pricing options across different currencies and territories for app subscriptions. 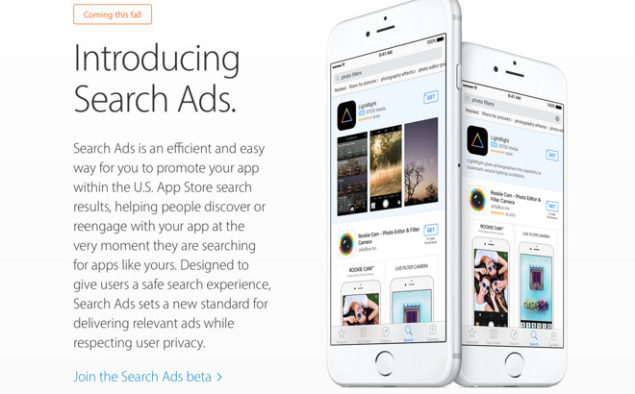 Subscription fee changes are also being implemented. Previously, Apple took a 30 percent cut of subscription fees on the App Store, but now, if a customer stays subscribed to a service for multiple years, Apple will only take a 15 percent cut, leaving 85 percent of profits for developers. Looks like Apple has grown a huge heart before getting geared up to make important announcements at the 2016 WWDC Key Note. Now, this profit margin is going to work on a per customer basis, so for customers who subscribe to Netflix through Apple, Netflix will pay Apple 30 percent during the first year and 15 percent the second year.

Apple is also adding ads to App Store search results, something that was hinted at earlier this year. Ads will be displayed when a search is conducted and developers will have opportunities to purchase those ads for better app exposure. There will be one ad on the search results page, and ad content will be the same content available on the App Store, and will only be accepted from developers.

Schiller has stated the following regarding the new changes that are going to be added:

“We've thought about how to carefully do it in a way that, first and foremost, customers will be happy with.”

Ads will be made available as part of a beta program next Monday and subscriptions will be accessible to developers starting in the fall, while existing subscription apps will see changes to the revenue split on June 13. Do you feel that developers will start to take unfair advantage of these changes or will Apple provide them with enough incentive to roll out better applications as a result?