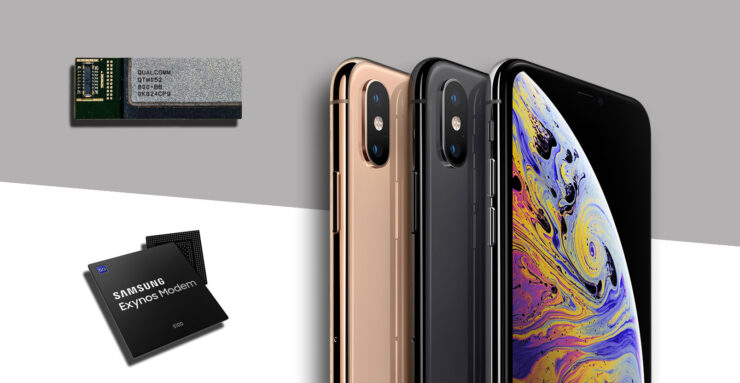 With Apple and Qualcomm seemingly starting a new leaf, it is almost certain that the chipmaker will be tapped by the Cupertino giant to provide it with 5G modems for its 2020 iPhone lineup. However, a top analyst believes that Samsung will also be added to the fold, allowing Apple to minimize a tremendous level of risk on its end in ensuring that it does not delay its 5G iPhone launch.

Keep in mind that nearly all of Apple’s smartphone competitors have launched or will be launching 5G-ready handsets this year, making the iPhone maker a whole year behind the competition. If this isn’t enough confidence that Apple will attempt to do whatever it takes to secure a vast shipment of 5G modems, then we don’t know what will.

Apple to Reportedly Use Qualcomm and Samsung 5G Modems for Different Markets, Depending on the Frequency - Here Are the Details

According to Ming-Chi Kuo, three reasons have been highlighted as to why Apple would want to use Samsung’s 5G modems too. It will allow Apple to obtain better pricing negotiations, resulting in lowered costs. Two suppliers also mean Apple will not have to worry about inadequate component shipments, giving the technology giant peace of mind as well as the freedom to ship the devices on time without any frustrating waiting times in between for customers to endure.

Kuo believes that Apple will most likely use Qualcomm’s 5G modems in markets with the mmWave spectrum, while iPhones incorporated with Samsung’s 5G chips will most likely be targeted in sub-6GHz markets. The renowned analyst, who’s employed at TF Securities, also believes that iPhones that are 5G ready will introduce a new wave of demand, which is why he has revised his shipments for next year.

He predicts that there will be 195-200 million iPhones shipped in 2020, which is an increase from his earlier predictions of 188-192 million units for 2019. As for the flagship launch, Kuo believes Apple will ship in between 70-75 million iPhones in 2020. However, the analyst has placed a few disclaimers, stating that if the ongoing trade war between the U.S. and China escalates to new heights, it might delay the 5G iPhone launch for Apple.0

Do you believe Apple will introduce Samsung into the fold in order to maintain price negotiations and command a healthier supply chain? Tell us your thoughts down in the comments.