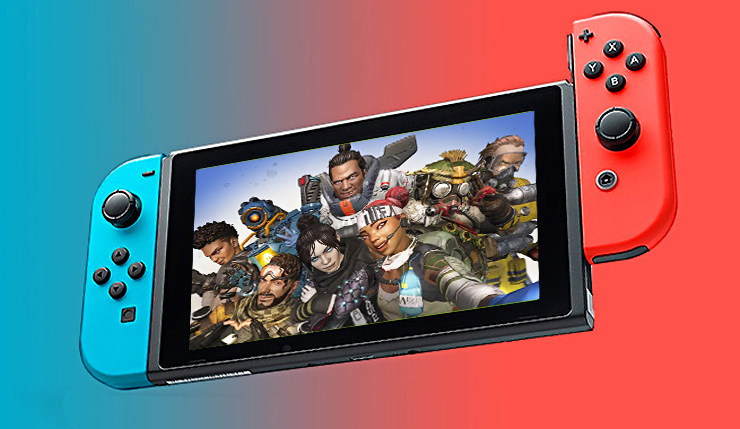 We’ve known Apex Legends was coming to Nintendo Switch since last summer, and now EA and Respawn have finally put a date on the anticipated port. Apex Legends hits Switch in March, and will feature full cross-platform play and all the current content featured on other platforms. This version of the game has been developed by the Switch port experts at Panic Button, who have previously brought surprisingly-playable versions of Doom, Wolfenstein II, Rocket League, and more to Nintendo’s little system.

Here’s a bit more detail about the Switch version of Apex Legends:

Porting Apex Legends to its smallest screen yet is a major achievement, and we couldn’t have done it without our friends at Panic Button. We’re proud of what the team has been able to achieve with some smart optimizations for the Switch port to deliver a full-featured battle royale experience on the go.

Apex Legends will launch on Switch with support for cross-platform play, our latest seasonal content, and full feature parity with the other versions of the game. Plus, since we’re launching a few weeks after the start of Season 8, Switch players will be granted 30 free levels for their Season 8 Battle Pass. For the first two weeks after launch, playing on Switch will also earn you double XP.

Today also marks the launch of Apex Legends Season 8, which includes the new mullet-rocking Legend, Fuse, another revamp for the King’s Canyon map, the usual battle pass, and more. You can get more details about Season 8, right here.

Apex Legends is available now on PC, Xbox One, and PS4, and is playable on Xbox Series X/S and PS5 via backward compatibility. Season 8 kicks off today (February 2) and the Switch version of the game launches on March 9. What do you think? Excited to play a little Legends on the go?