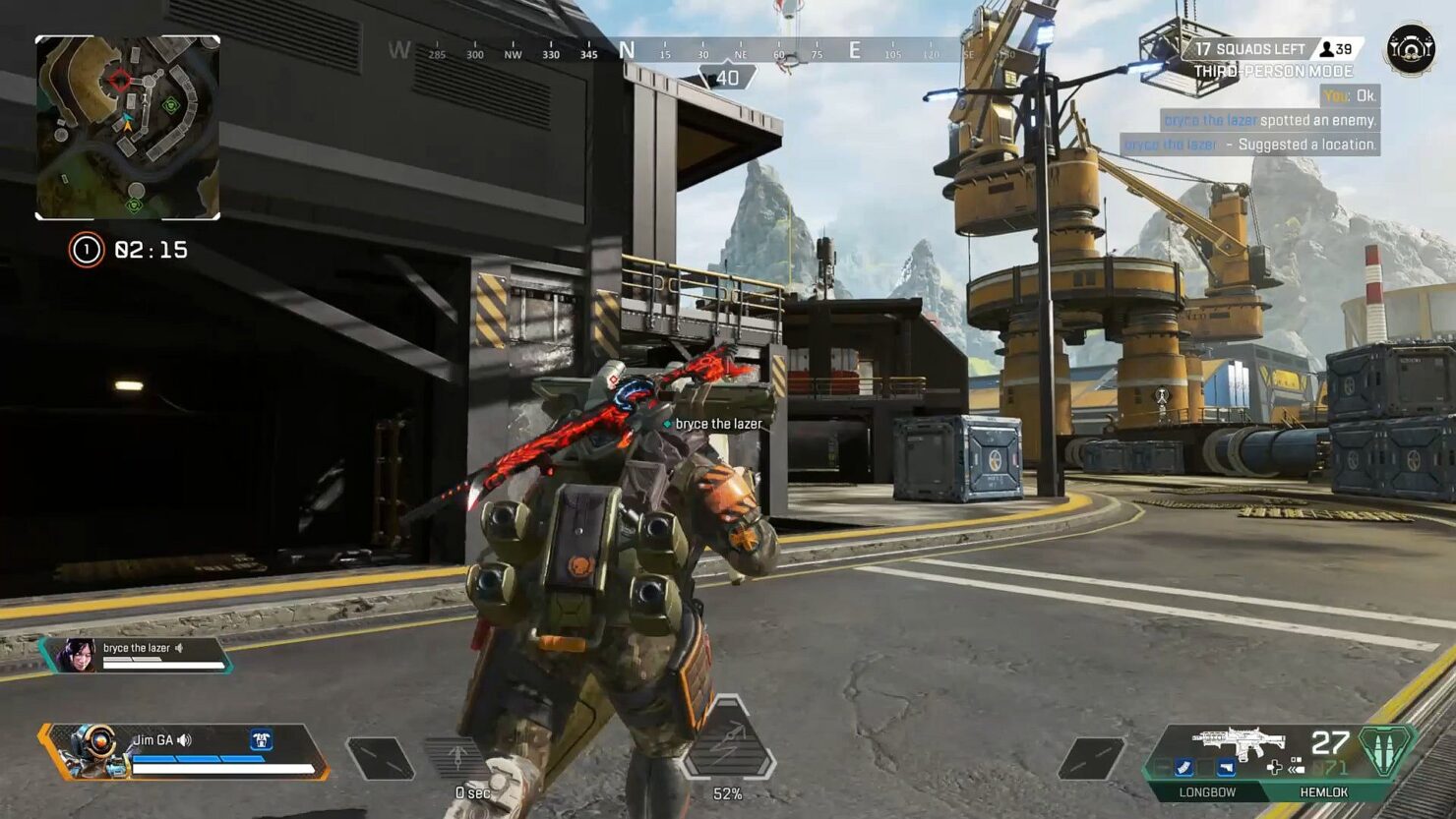 Apex Legends, the free-to-play Battle Royale game made by Respawn, just got a limited-time mode that lets players experience the title in an entirely new perspective: third person view.

You should probably hurry up, though, as according to the developers the third person limited-time mode will only run through Monday, January 20th. That's tomorrow.

This next one is a real out of body experience ?⁣
⁣
Play the third-person limited-time time mode now through Jan 20. pic.twitter.com/WMQ9g7ySZ7

You may take a look at some third person view gameplay in the video below, published by YouTuber The Gaming Merchant.

Apex Legends dropped unexpectedly on players a little less than a year ago, making a huge splash at first (it became the top-grossing free-to-play game launch month of all time with $92 million in revenue).

Here's what Kai thought of it in our review: