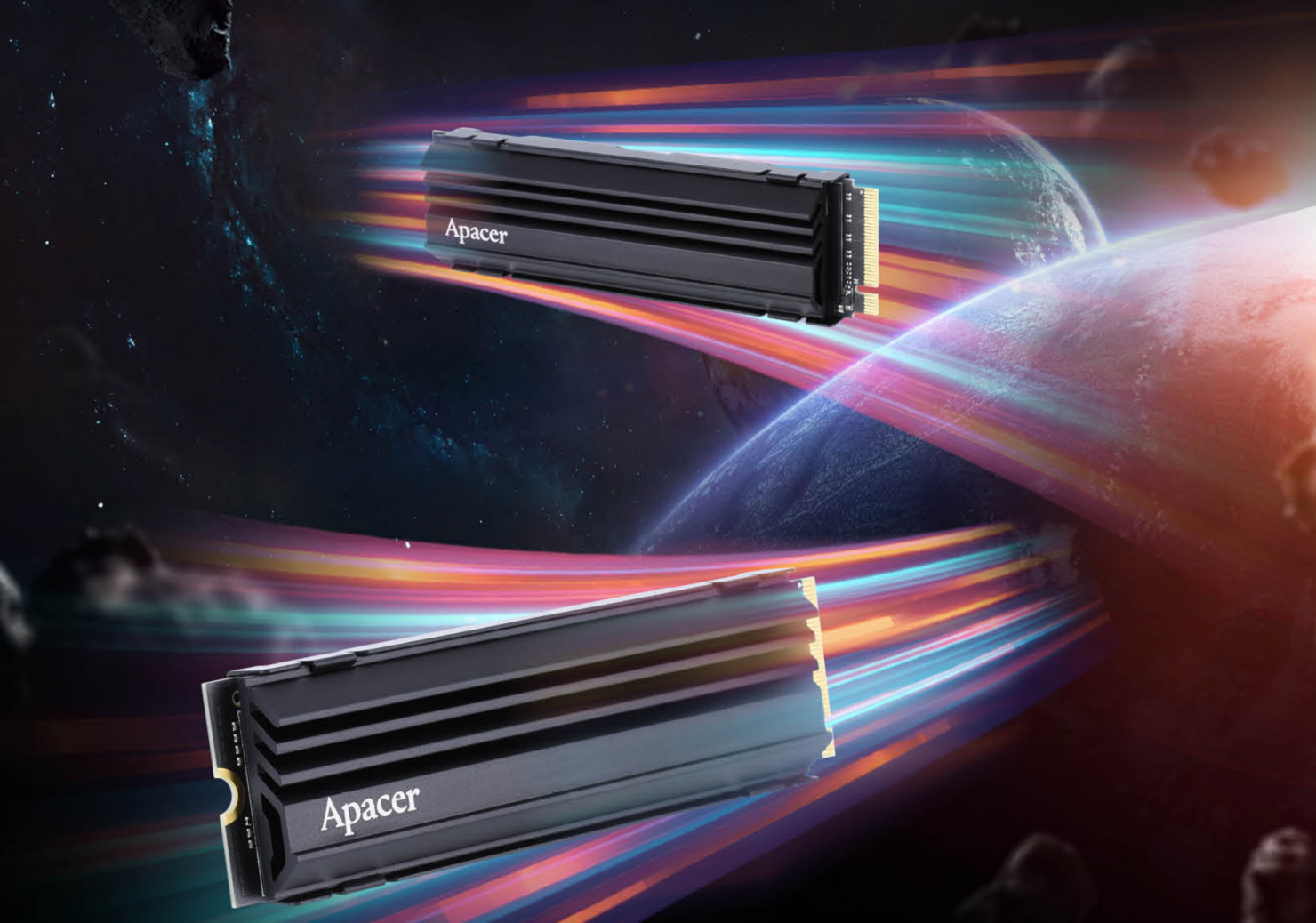 APACER has revealed the first consumer-grade PCIe Gen 5 NVMe SSDs that offer blistering fast transfer speeds of up to 13,000 MB/s.

One of the main features of the next-generation Intel and AMD platform will be support for PCIe Gen 5 NVMe SSDs. Currently, Phison is working with various brands and companies, including AMD, as revealed yesterday, on the creation of their Gen 5 ecosystems. Now at Computex 2022, we are getting a first look at consumer PCIe Gen 5 NVMe SSDs which will be coming to the market later this year.

The APACER PCIe Gen 5 NVMe SSDs shown are two variants, one is the standard APACER design and the other is a ZADAK design. The APACER AS2280F5 is a PCIe Gen M.2 NVMe SSD that has NVMe 2.0 compliancy and offers read and write speeds of up to 13,000 & 12,000 MB/s. The SSDs are backward compatible with PCIe Gen 4 but with Gen 5, you get double the performance. The APACER drive comes with an aluminum heatsink and has multiple built-in protection technologies that aren't disclosed yet.

The ZADAK TWSG5 Gen5 x4 SSD is a similar spec'd design but comes with either a Graphene cooling pad or Aluminum heatsink flavors. Both PCIe Gen 5 NVMe SSDs will come with a 5-year warranty and will be available at prices above the existing Gen 4 SSDs.

Currently, 30% of the heat is dissipated via the M.2 connector and 70% via the M.2 screw. This is also where the new interfaces and interface slots will play a huge role. Phison is currently investing in a new type of connector which may allow the use of fans altogether but for users who hunger more speeds, there will still be AICs and NVMe SSDs that will support better cooling designs.

There's no word on the controller being used on these SSDs but they could be utilizing Phison's E26 controller which is going to be the high-end go-to for many premium Gen 5 NVMe storage solutions. Now, this is just a first look so expect more details from APACER soon!