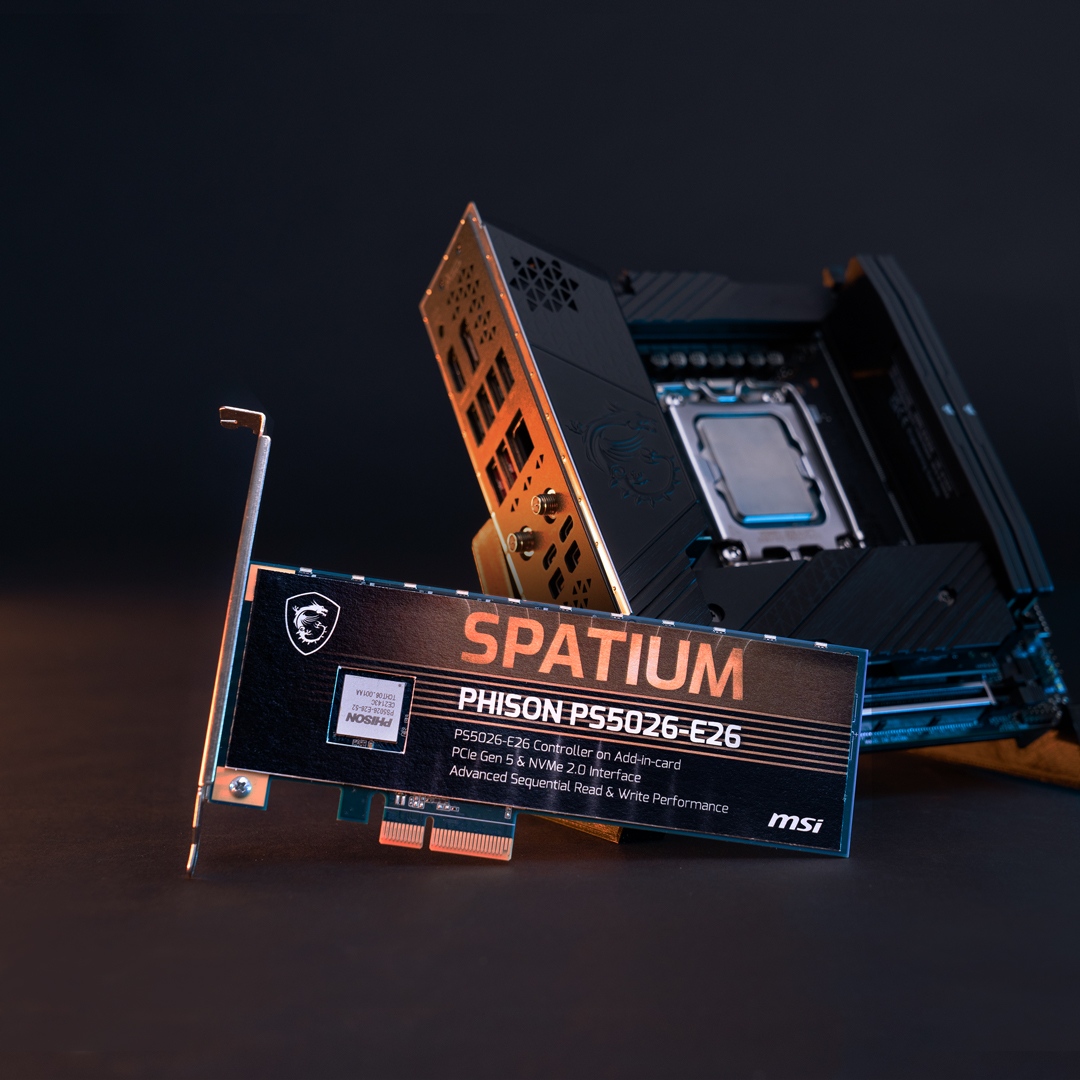 Last year, Phison revealed a good bunch of details regarding PCIe Gen 5 NVMe SSDs. Phison's CTO, Sebastien Jean revealed that the first Gen 5 solutions will start shipping to customers by the end of this year.

As for what PCIe Gen 5 SSDs bring to the table, it is reported that PCIe Gen 5 SSDs will offer speeds of up to 14 GBps and existing DDR4-2133 memory also offers around 14 GBps speeds per channel. And while SSDs are not going to replace system memory solutions, the storage and DRAM can now operate within the same space and a unique perspective is provided in the form of L4 caching. The current CPU architectures comprise of an L1, L2, and L3 cache so Phison believes that Gen 5 SSDs & beyond with a 4kb cache can operate as an LLC (L4) cache for the CPU owing to similar design architecture.

Phison now states that to keep the power limit in check, they are going down from 16nm to 7nm to reduce the wattage while hitting their performance targets. The reliance on the 7nm and enhanced process nodes can help reduce the power limit and another way to conserve power is to reduce NAND channels on the SSD.

Jean said, “In practical terms, you no longer need eight channels to saturate the Gen4 and even Gen5 PCIe interface. You can potentially saturate the host interface with four NAND channels, and reducing the number of back-end channels reduces the total SSD power by typically 20 to 30 percent.”

Temperatures remain the main concern for SSDs as we move forward. As we have seen with PCIe Gen 4 NVMe SSDs, they do tend to get hotter than previous generations and as such, require hefty cooling solutions. Most high-end devices these days are equipped with a heatsink & motherboard makers have also emphasized the use of their own thermal heatsinks, at least for the primary SSD. 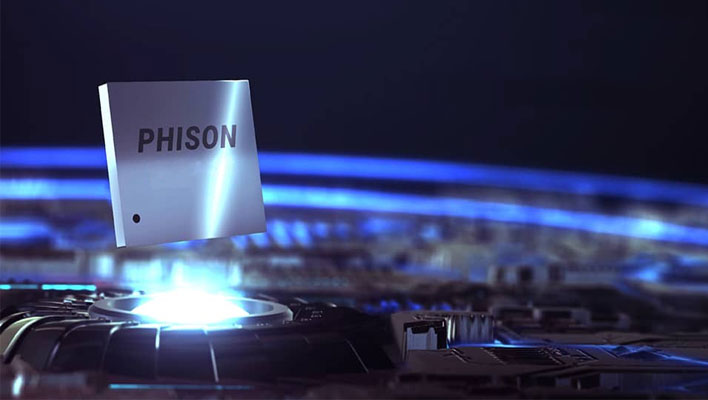 According to Phison, NAND typically operates up to 70-85 Degrees Celcius and with Gen 5, the SSD controller limits have been set at up to 125C but NANAD temperatures can only go up to 80C after which they will go into critical shutdown.

Heat is bad, but extreme cold isn’t great either. “If most of your data was written really hot and you read it really cold, you have a huge cross-temp swing,” said Jean. “The SSD is designed to handle that, but it translates into more error corrections. So lower maximum throughput. The sweet spot for an SSD is between 25 and 50 Celsius (77 to 122 degrees F).”

As such, Phison has stated that they advise Gen 4 SSD makers to have a heatsink but for Gen 5, it is a must. There's also a likelihood that we might even see active fan-based cooling solutions for next-gen SSDs and that's due to the higher power requirements that result in more heat output. The Gen 5 SSDs are going to average in at around 14W TDP while Gen 6 SSDs are going to average in around 28W TDPs. Furthermore, it is reported that managing heat is a major challenge moving forward.

“I would expect to see heatsinks for Gen5,” he said. “But eventually we’ll need to have a fan that’s pushing air right over the heatsink, too.”

When it comes to server-side form factors, Jean said, “the main thing is to have good airflow through the chassis itself, and the heatsinks essentially reduce the need for crazy, high-speed fans because it gives you a much larger dissipation surface. The EDSFF E1 and E3 specifications have form-factor definitions that include heatsinks. Some hyperscalers are willing to trade off storage density in a chassis for a heatsink and a reduced need for high-speed fans.”

“If you look at the bigger question of where PCs are going, there’s an understanding that, for example, the M.2 PCIe Gen5 card, as it is today, has reached the limit of where it can go. The connector will become a bottleneck for future speed increases,” said Jean. “So new connectors are being developed and they’ll be available in the next few years. They will greatly increase both the signal integrity and the heat dissipation capability through conduction to the motherboard. These new connectors may allow us to avoid putting fans on SSDs.”

Currently, 30% of the heat is dissipated via the M.2 connector and 70% via the M.2 screw. This is also where the new interfaces and interface slots will play a huge role. Phison is currently investing in a new type of connector which may allow the use of fans altogether but for users who hunger more speeds, there will still be AICs and NVMe SSDs that will support better cooling designs. It is also mentioned that