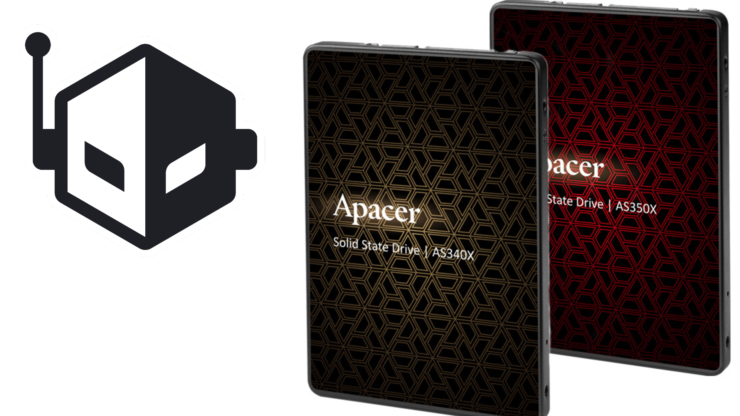 Apacer has announced two new SATA SSDs, and these SSDs are the AS340X and the AS350X SSDs. This new generation utilizes the standard SATA III data interface, the AS340X SSD features a data transfer speed of up to 550/520 MB/s, and the AS350 features a read/write speeds of up to 560-540 MB/s. While an NVMe SSD would feature significantly faster transfer speeds, the cost of high capacity 2.5" SSDs is significantly lower. Apacer has yet to announce any pricing or availability information for either of these SSDs.

Apacer has announced the AS340X and the AS350X SSDs, featuring a maximum capacity of up to 1 TB

Apacer has announced two new 2.5" SSDs, the AS340X and the AS350X. These SSDs utilize the SATA III interface providing fast transfer speeds and a faster boot time. The AS340X SSD features a read and write speed of 550 MB/s and 520 MB/s, respectively. The AS350X SSD features a read speed of 560 MB/s and a write speed of up to 540 MB/s. These fast speeds ensure that any game has faster loading times and is perfect as a boot drive or a steam library.

These SSDs offer different capacities, and the AS340X SSD offers different capacities, including 120 GB, 240 GB, 480 GB, and 960 GB, while the AS350X SSD offers sizes of 128 GB, 256 GB, 512 GB, and 1 TB. These SSDs utilize an intelligent SLC caching algorithm technology, and this technology uses an advanced layered cache architecture to improve the SSD's performance. These SSDs also offer a variety of different technologies, including wear-leveling technology and error correction functions. These built-in technologies are designed to increase the lifespan and reliability of each SSDs; both of these SSDs offer a three-year global warranty ensuring any buyer that these SSDs won't need to be replaced anytime soon.

Apacer has yet to announce any pricing information or availability information for either of these SSDs.