According to some sources, Samsung Galaxy S5 benchmarks screenshots have reportedly appeared on AnTuTu. While the benchmark images confirm a 16MP camera, other specs are certainly not what we have been expecting from the rumors.

Here are specs as shared from the leaked Galaxy S5 benchmark images on AnTuTu (if the source has to be trusted):

No mention of fingerprint sensor, temperature or humidity sensors is found in the benchmark leaks. The latter two being very important for S Health app (one of the three S apps to be integrated with SGS5).

However, it should be noted that these benchmark images aren't for the final Galaxy S5 that will be released for public. The AnTuTu benchmark leaked screenshots, as confirmed by the source, are of the Samsung Galaxy's engineering sample "mules". These mules are distributed to carrier partners and others for testing purposes.

The final Samsung Galaxy S5 will certainly be much better in terms of its external physical appearance. However, it is unsure if the company intends to improve other specs shared by these alleged AnTuTu Galaxy S5 benchmark screenshots. 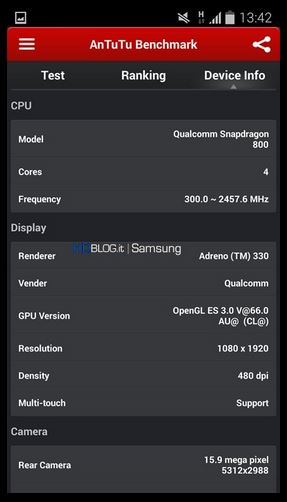 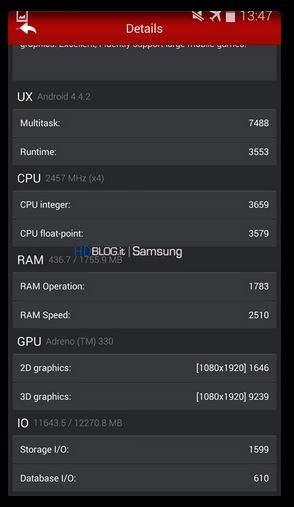 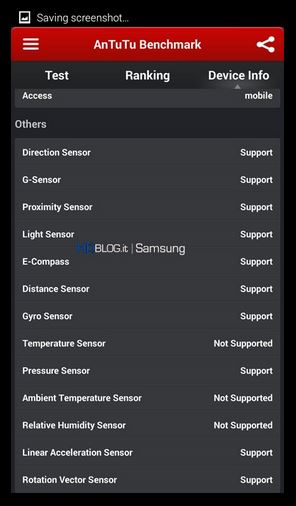 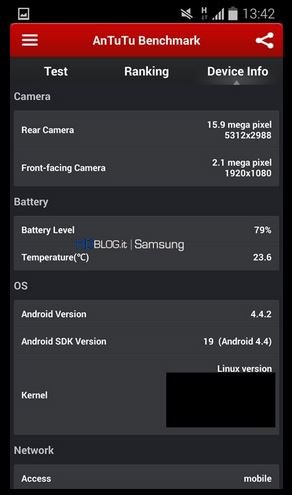 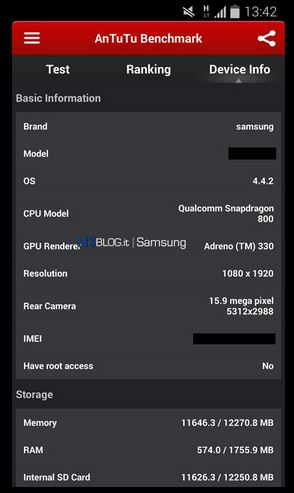 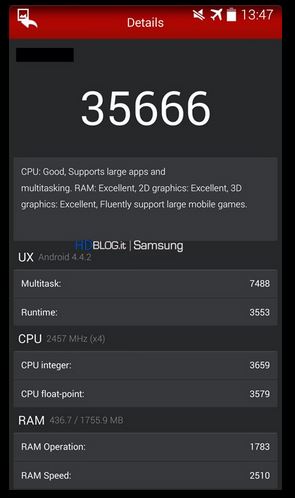 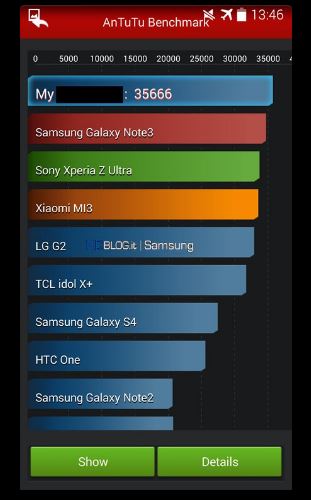