Anthem is “Unique” Says BioWare, Dragon Age/Mass Effect Will Remain as They “Should Be” 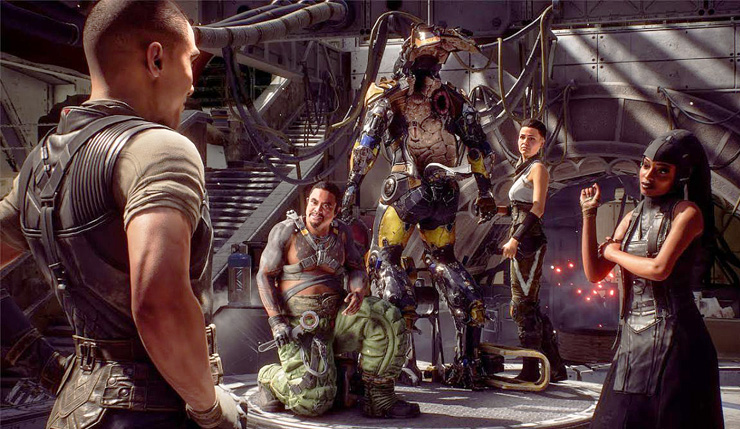 Recently, there’s been a lot of concern about where BioWare may be going as a studio. Their new game Anthem deemphasizes the player-choice-driven storytelling that’s been the developer’s trademark for so long, in favor of online co-op and a living open world that BioWare promises to keep constantly updated with new content. That isn’t necessarily a bad thing – the game certainly looks promising – but some old-school fans fear Anthem will end up being the blueprint for all future BioWare games.

This past weekend at PAX West, Anthem lead producer Michael Gamble further fueled anxiety about BioWare’s future, when he said he hoped Anthem would influence future entries in the Dragon Age and Mass Effect series. Granted, Gamble was talking somewhat specifically about Anthem’s approach to storytelling and post-launch support, but some fans still got up in arms. Well, now BioWare general manager Casey Hudson has stepped into the fray, assuring fans that Anthem is intended to be a “unique, specific” thing, and that future Dragon Age will Mass Effect entries will still feel like they ought to…

Some weird stuff going around about how our future games will be influenced by Anthem. Of course when we do a Dragon Age game it will be designed from the ground up based on what Dragon Age should be. Same with Mass Effect...

Anthem is a specific thing that’s unique from our other IPs in many ways. What carries forward is what we learn about game design, which is a constant evolution.

The language used by Hudson is a bit vague – he assures us that future Dragon Age/Mass Effect games will still be as they “should be,” but he doesn’t really define what that is. He doesn’t, for example, rule out the next Dragon Age being co-op focused or Anthem’s live-service approach coming to Mass Effect. So yeah, this statement may diffuse some concerns, but I don’t think it will entirely squelch the fire.