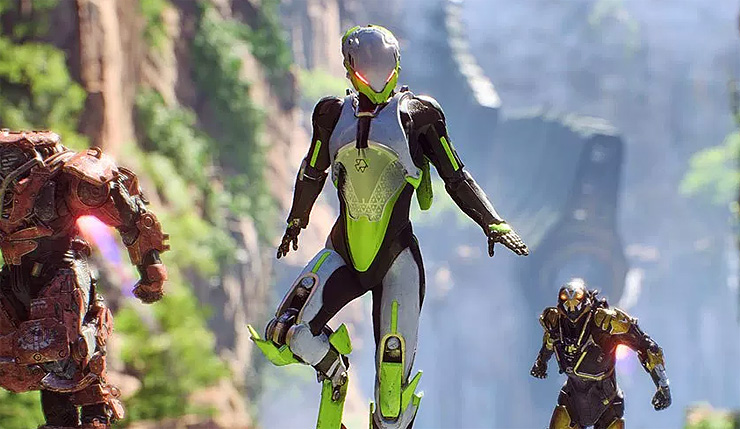 The release of Anthem is just a little over two months away, and BioWare certainly isn’t holdng back when it comes to releasing new footage. Just last week they held a meaty livestream featuring a ton of new gameplay, and now they’ve done another one. This livestream focuses in on the Interceptor Javelin, essentially Anthem’s version of the rogue or ranger, and one of the game’s Strongholds, The Temple of the Scar. You can check out the footage, below.

Here’s a quick description of the Interceptor:

The smallest and sleekest of the javelins, the Interceptor is favored by long-range scouts, infiltrators, and assassins. It may not be the mightiest javelin in your arsenal, but its agility and evasion are unmatched, and it has more than enough power to bring the fight to anyone foolish enough to underestimate it.

The Interceptor javelin might not have the imposing silhouette of the Colossus, but it still knows how to pack a punch. The Interceptor excels at getting in close to inflict damage and weaken its enemies, then dashing away before they can react. With powerful blades and a full suite of devastating abilities, the Interceptor is both incredibly self-reliant and an excellent supporting teammate.

Strongholds, meanwhile, look to be relatively straightforward. We see the BioWare devs proceed through a series of rooms, blast defenses and baddies, and occasionally take on some simple objectives. In other words, if you’re expecting complex RPG or Zelda-esque dungeons, you’ll be disappointed, as Strongholds look more in line with something from an MMO. That said, the action looks pretty intense – being able to fly freely around the battlefield should make for some fun scenarios. The Anthem team also reveals the game won’t have raid dungeons for larger groups, at least not at launch.

Overall, Anthem is looking pretty solid, but perhaps not what some BioWare fans will be wanting. No doubt about it, this game looks more like something like Destiny than your traditional BioWare RPG. Whether that’s a good or bad thing, is up to you.