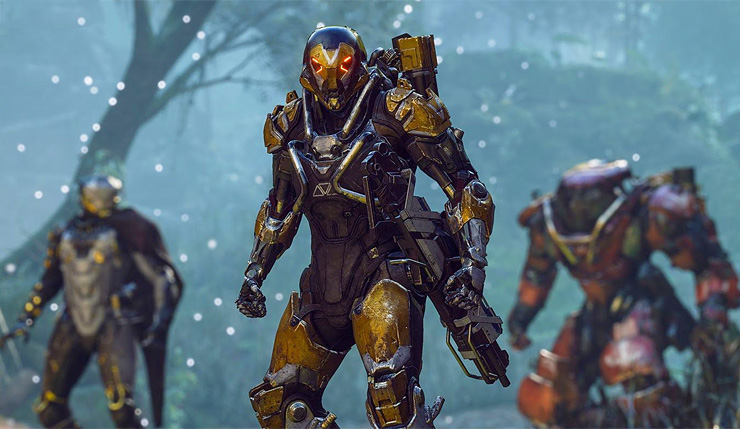 The release of Anthem is inching ever closer, and BioWare isn’t holding back when it comes to releasing new footage. The latest chunk of gameplay, courtesy of IGN, shows off a full mission from the perspective of three of the game's Javelin classes (Storm, Colossus, and Interceptor). BioWare has shown some footage from this mission before, but this is the first time we’ve seen the full thing in high quality.

Taken from early in the game, the mission tasks players with finding and rescuing an Arcanist named Mathias. The mission is initially fairly open-ended, with the players flying around sprawling jungle and swamp environments, while fighting off vicious alien “Scars”. Eventually, the players track the Arcanist to an enemy stronghold located in some old ruins, at which point, the action intensifies. Finally, we see a showdown with a big armored boss referred to as a Rust Reaver. You can check it all out, below.

Overall, I’d definitely say this chunk of gameplay was more promising than the footage we saw a couple weeks back. I’m liking the look of the more open, exploratory stuff (there’s no denying Anthem is a gorgeous game). The running around ruins blasting baddies bits are less interesting – it all looks a little too Destiny to me – but I’ll reserve judgement until I actually get to play the game.