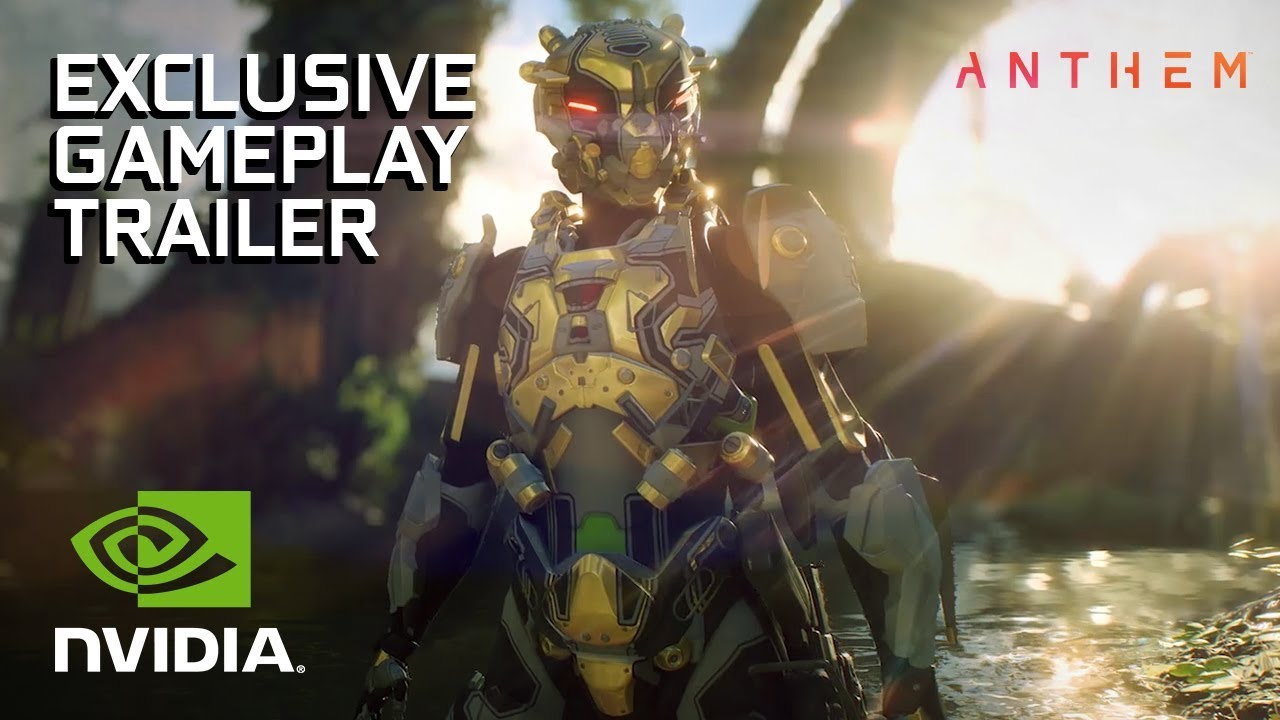 NVIDIA and Bioware have released the Anthem CES 2019 trailer which shows off enemies, environments and customized javelin gear.

We’ve included the new Anthem CES 2019 trailer down below:

Check out the latest exclusive 4K Anthem gameplay revealed at our CES 2019 keynote! It features never-before seen Javelin, enemies, and environments. The team is happy to announce that DLSS is coming to Anthem thanks to the hard work of Bioware and NVIDIA. Be ready for the PC launch on February 22nd, 2019! For a limited time you can receive a free copy of Anthem with the purchase of select GeForce RTX graphics cards, laptops and PCs as part of our new Game On bundle

Intersting to note is that NVIDIA mentions that the trailer reveals a brand-new Javelin, but from the looks of it, its merely the Infiltrator or Ranger with customized visual gear.

An open demo for Anthem will be released on February 1st on all available platforms. “It’s time for the fans to get their hands on Anthem and experience it for themselves,” said Mike Gamble, Lead Producer for Anthem last month. “We truly hope they enjoy this taste of flying and fighting in this brand-new world our team has been crafting for many years.”

Anthem will release for PC, Xbox One and PlayStation 4 on February 22.

Anthem Demo Gets an Update, BioWare Promises Servers are Ready for Influx of New Players