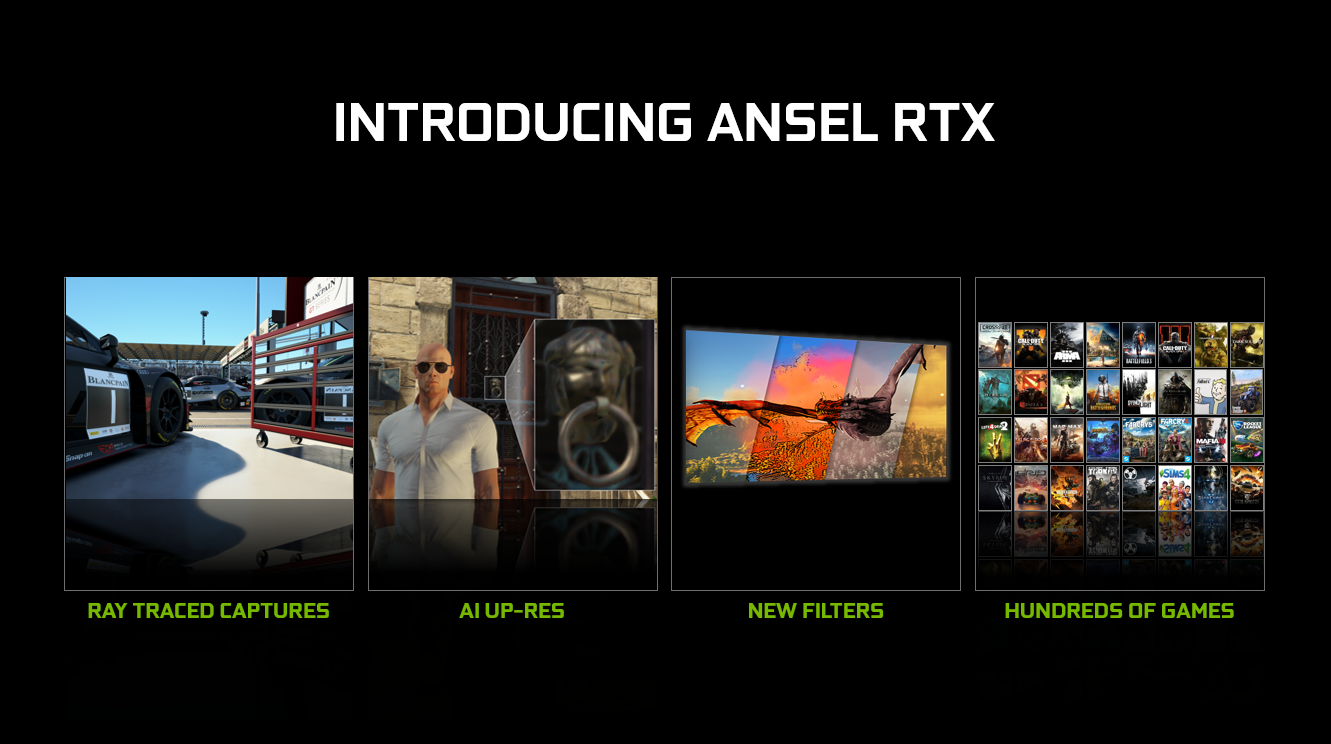 Ansel RTX is yet another facet of the GeForce RTX feature set. Revealed yesterday by NVIDIA, it will allow customers to exploit the deep learning and ray tracing capabilities of their new graphics card to perform a series of impressive feats, beginning with ray traced photos.

Here’s how it works: when you’re in Ansel mode in a supported ray-traced game and fly around using your free camera, the game engine uses your in-game graphics settings. The moment you pause movement, Ansel RT quickly cranks up the level of ray-tracing to beyond real-time levels for the best possible in-game photo.

Moving onto the deep learning side powered by the Tensor Cores, an AI Up-Res feature will provide enhanced resolution scaling allowing anyone to save NVIDIA Ansel photos in-game at up to 8K resolution.

Here’s how it works: use your GeForce RTX graphics card to activate Ansel, and select AI Up-Res under Super Resolution. When you hit capture, AI Up-Res will then take a 1X resolution screenshot, and with the help of AI image enhancements, intelligently up-res the photo to 8K with more detail than the original image.

Another major news is that Ansel will be enabled in hundreds of games that haven't been officially integrated via the Ansel SDK yet. 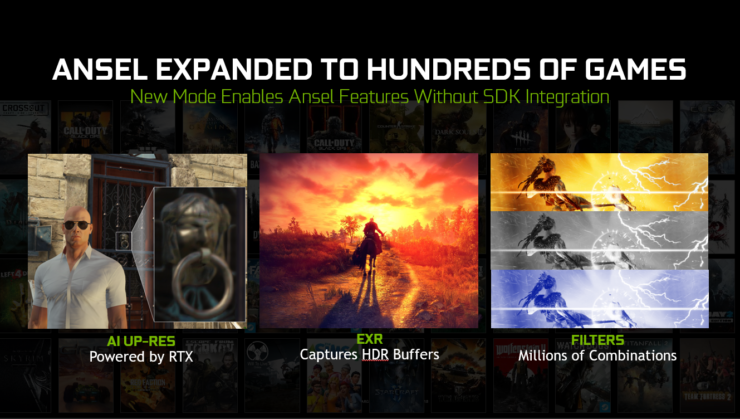 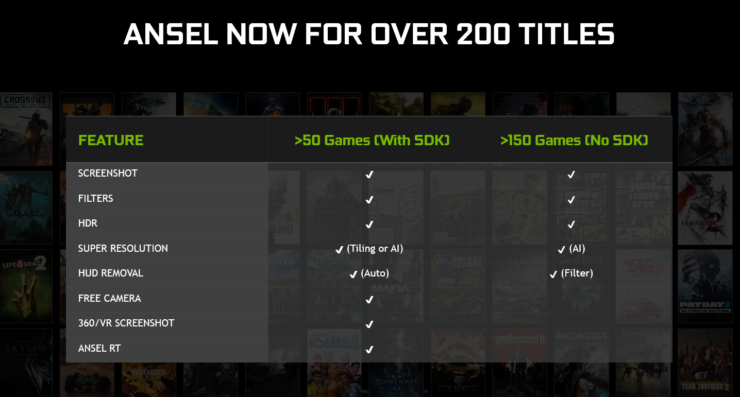 That doesn't mean NVIDIA isn't looking to add more officially supported games to Ansel or Highlights. In fact, they've revealed a bunch of new games getting one or both features soon.

The new ray tracing and AI tech based Ansel RTX features will be enabled via GeForce Experience in updates due this Fall, according to NVIDIA. We'll let you know once they go live.