Animal Crossing New Horizons Update 1.3 Released and Here’s What it Does 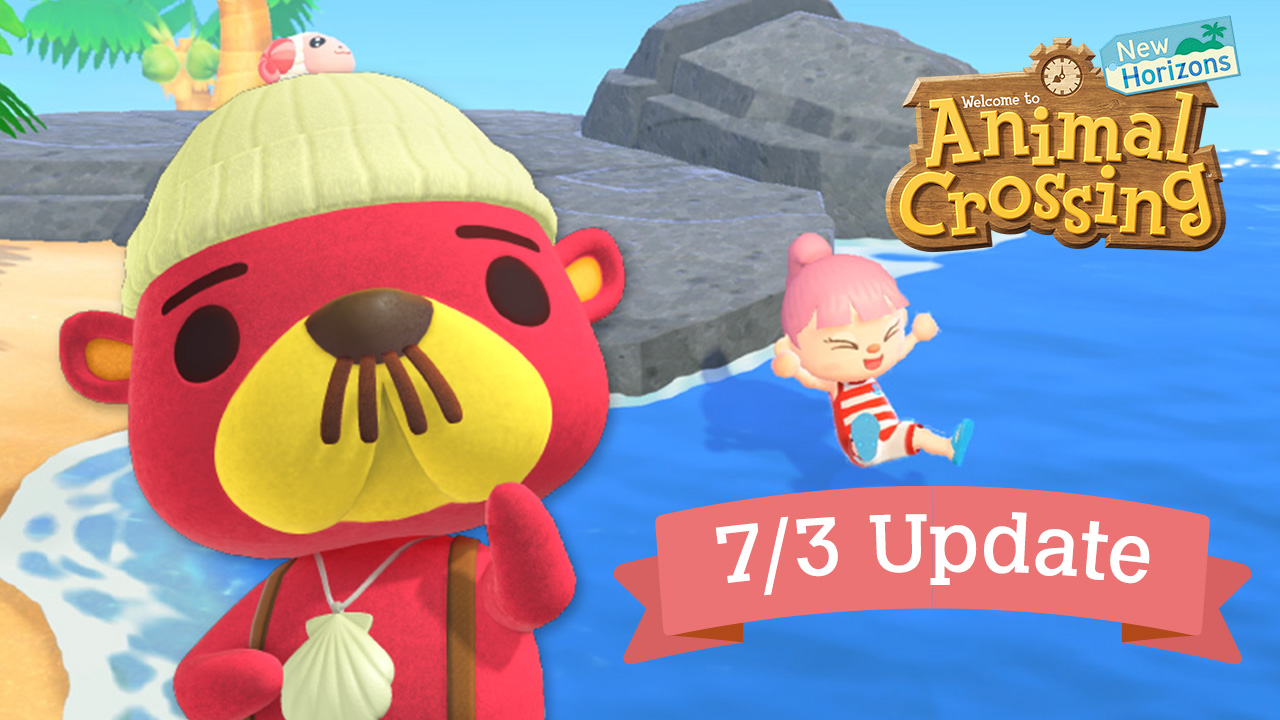 Nintendo has rolled out Animal Crossing New Horizons Update 1.3 and we’ve got you covered with the release notes.

As covered last week, the update is the first wave of Animal Crossing’s free Summer Update and allows players to both swim and dive. Through diving, players can now catch sea creatures and donate them to the in-game museum. In addition, new visiting characters are being introduced.

You’ll find the official release notes, as supplied by Nintendo, down below:

The software has been updated if you see “Ver. 1.3.0” in the upper-right corner of the title screen.

Animal Crossing: New Horizons is available now worldwide for the Nintendo Switch. The title has been selling extremely well since its launch back in March of this year, and a few days ago, it was reported that it has become Nintendo’s first boxed Switch title to sell over 5 million copies in Japan.

Show off your island utopia to family and friends—or pack your bags and visit theirs. Whether playing online or with others beside you, island living is even better when you can share it. Even without hopping on a flight, you’ll meet a cast of charming animal residents bursting with personality. Friendly faces like Tom Nook and Isabelle will lend their services and happily help you grow your budding community. Escape to your island getaway—however, whenever, and wherever you want.