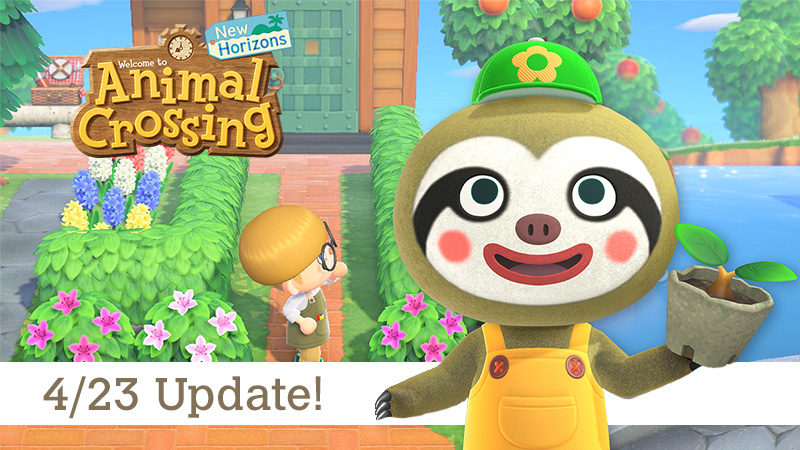 Nintendo has released Animal Crossing New Horizons update 1.2.0 for the Nintendo Switch, which adds two new merchants for you to visit alongside new seasonal events and the all-new art gallery.

One of the new seasonal events in the game is the Nature Day event which runs from April 23 through May 4.  During the event, players can flourish the island with foliage and fulfill special limited-time Nature Day activities to earn extra Nook Miles, like planting shrub starts, water plants, and more.

In the new art gallery, players can display collected art from pieces from Redd after donating their first art piece.

You’ll find the official release notes for the new update down below:

The software has been updated if you see “Ver. 1.2.0” in the upper-right corner of the title screen.

Animal Crossing New Horizons is available globally now. As covered yesterday, Nintendo's latest Animal Crossing installment had the biggest digital launch in the history of console games with over 5 million digital sales in its first month on the market.