PR flacks would have made us all crazy if it wasn't for email filter which have existed since a long time. In that regard, there are always people who you do not wish to interact with. Hence, blocking or unsubscribing from a particular service or person is the closest way of getting rid of them. Google's Gmail service has had the message filter service since its creation. However, Gmail has been updated with two new features that enables users to easily filter emails from either sticky or unauthorized senders. 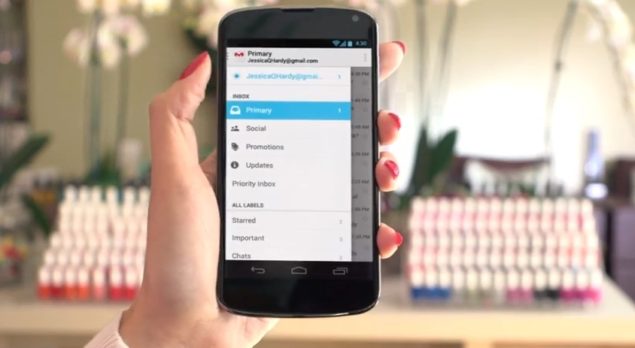 Before today, users had to plow to get to the filter tab through the settings. There was a need to block disruptive emails in the simplest way. Henceforth, Google has rolled out the 'block sender' and 'unsubscribe' option for Android and web users to dismiss unwanted emails permanently.

Let's see some more details on Google's new update for Gmail on Android and Web.

Google Introduces The 'Block Sender' And 'Unsubscribe' Option In Gmail

The new Block Sender feature enables users to block a specific email address permanently. This option is rolling out on the Web as we speak. However, Android users will get an update for their Gamil app in the coming week. The purpose of this option is simple, it enables users to block a sender which means you would not be getting any email. However, if you want to access the mail of the blocked user, it will be piled in the spam folder. Just in case you change your mind, there is also an unblock option in Gmail's settings. To block a certain user, all you have to do is click the menu button on the top right corner of the display and select the 'block sender' option.

The 'unsubscribe' option is available on the web for a long while. Now that it has moved to Android, unsubscribing from all kinds of subscriptions is a piece of cake. Some subscriptions are subscribed by users while others just pop out in response to the secondary data collected by the sender. The 'unsubscribe' feature in Android can be accessed from the action overflow menu which is located at the top right corner of Gmail, next to the archive and delete button while viewing an individual email. The unsubscribe option will be available for users alongside the block sender option in the coming week.

Not that Gmail did not have these options, users just had to do a lot of work to make the authenticated sender from stop sending material you did not request for. Hence, the block sender and unsubscribe are a very useful addition in the Gmail app. Let's see if Google decides to roll out the option for iOS users as well. As for now, share your thoughts about the update in the comment.