Android 11 is bringing a lot of changes to how things will be working. Android as we know it has significantly changed over the past couple of years. Gone are the days where we would never imagine a single video recorded through your phone getting as large as 4GB. However, ever since Android smartphones started supporting 4K recording, that has become a reality. Sadly, Android's limitations limit the recording to just 4GB, and when we are talking 4K, you don't get a lot in 4GB, to begin with.

Thankfully, with Android 11, this limitation is finally going away. AndroidPolice has discovered that the Android 11 Beta 1 does not have the limitation. However, at the time of writing, no app supports this. So, we are going to wait and see more and more apps supporting this.

As stated earlier, the feature is already present in the Android 11 Beta 1, but currently does not work. It is safe to say that developers need to update their respective camera apps as well, so this feature can work without any issues.

The source tested this using Google Camera (the stock camera app) but that did not work and the files were still being split. However, upon using Open Camera to record videos, it was discovered that videos larger than 4GB were being recorded. So, there is a chance that more apps at the moment do support it and once this feature becomes widely available, more and more apps will be supporting it as well. 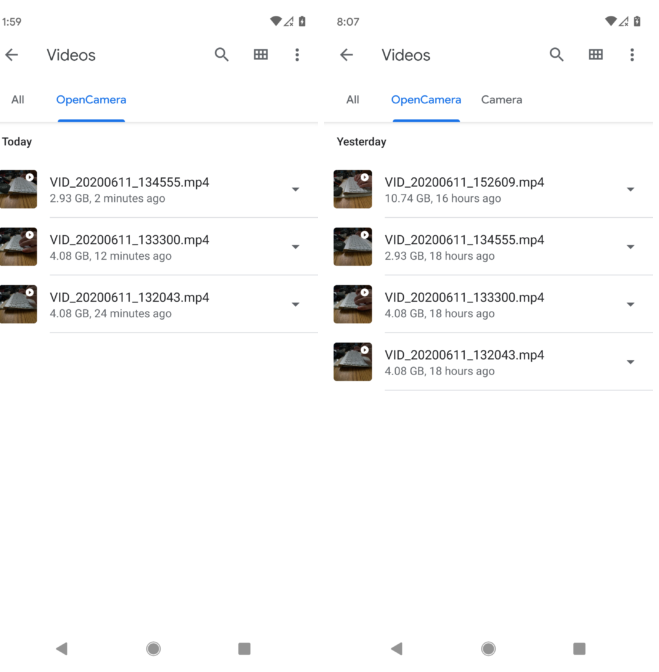 It is actually good to see that Google is no longer limiting the video recording size to 4GB. This will allow many videographers who use their phones to capture videos to have a seamless video capturing experience, and it will make everything a much better one, too. Currently, only Open Camera is supporting this feature. But we are sure there are more camera apps that do have the support, too.

If you are thinking about trying to Beta 1, we would suggest that you head over here and get started.