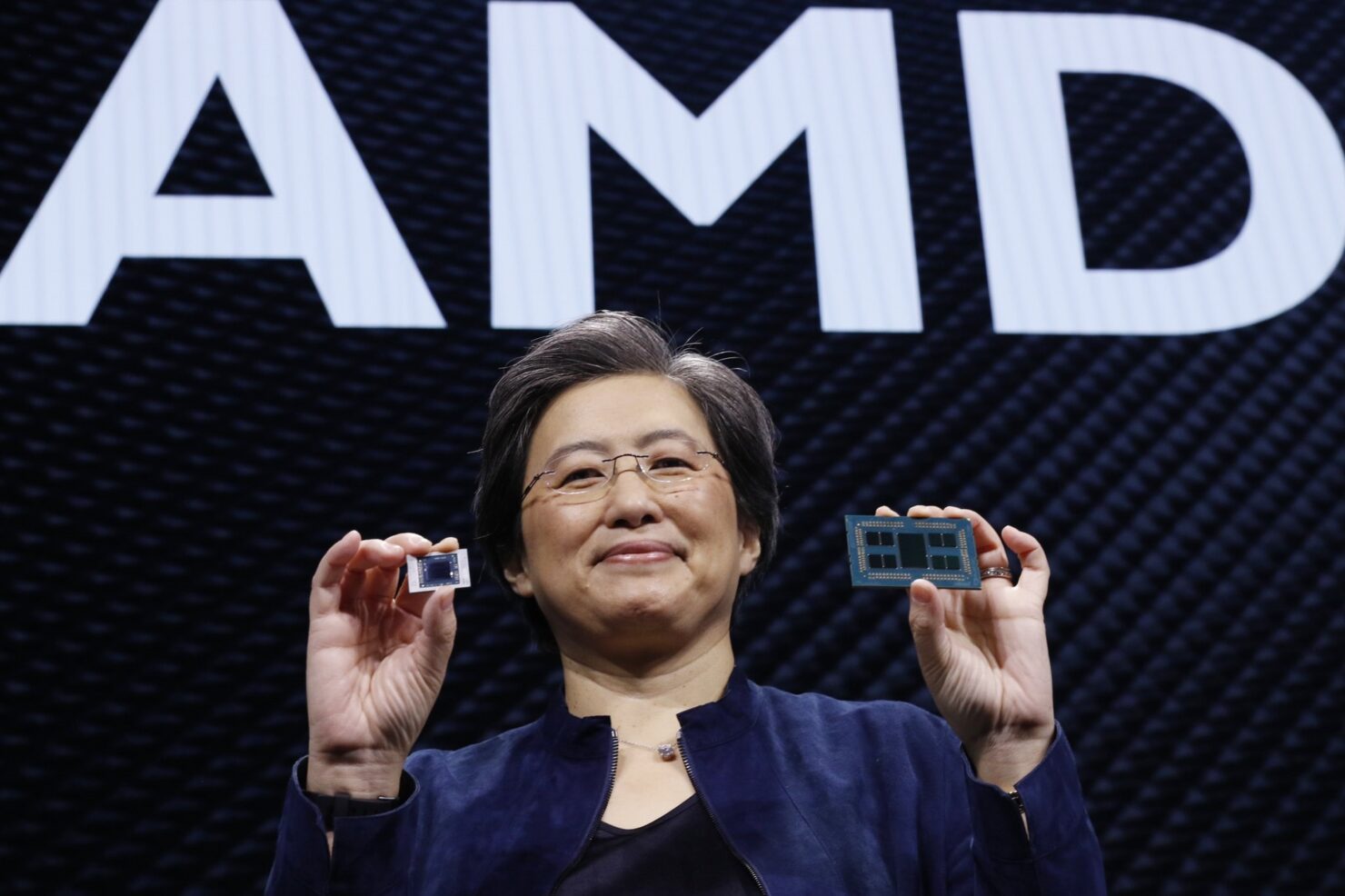 At the close of trading today, semiconductor designer Advanced Micro Devices Inc (NASDAQ:AMD) posted results for a crucial quarter that witnessed severe disruption ushered in by the coronavirus. In the first three months of 2020, AMD raked in $1.79 billion in revenue and $162 million in net income. Wall Street analysts had pegged the company to earn $1.78 billion in revenue and $0.18 in earnings per share at the end of its first quarter of the fiscal year 2020 (Q1 FY2020).

Comparing today's results to AMD's guidance provided at its previous earnings release for the fourth quarter of fiscal year 2019 (Q4 FY2019), it is clear that AMD has MISSED this guidance. At the end of its previous quarter, the company had indicated that it hoped to earn $1.8 billion in revenue and $830 million in gross profit, by posting a gross margin of 46%.

Today's results mark for 41% year-over-year revenue growth, and 16% revenue drop sequentially. Heading out of the first quarter of 2020, AMD is expected to have profited from its Ryzen and Radeon linep of silicon products, as it continues to make inroads in the datacenter market through EPYC products and braces itself for an upcoming surge in semi-custom revenue via sales of Microsoft Corporation and Sony Interactive's next-generation gaming consoles.

In its first quarter of the fiscal year 2020, AMD reports that gross margin for its products stood at 46%. This marks for a 5 percentage point annual and 1 percentage point sequential growith, with the company attributing the change to the sales of its Ryzen and EPYC processors.

Revenue in computing and graphics, which is AMD's biggest segment for the time being, dropped 13% sequentially due to lower GPU sales. As anticipated in a world dealing with the coronavirus shock, AMD reports that notebook sales in the quarter went up year-over-year; a fact that drove down client processor average selling prices.

Taking a look back at the quarter, AMD's been busy. The company kicked off the quarter by launching its Ryzen 4000 CPUs and Radeon RX 5700M and RX 5600M graphics processing units at the Consumer Electronics Show. Later in the month, AMD decided to take NVIDIA's GTX 1660Ti head on by deciding to launch the Radeon RX 5600 XT for $279.

Heading into today's earnings, Wall Street analysts continually revised their earnings per share estimates for AMD. This came despite the fact that as we headed into the quarter's close, shipments reported by the company's add-in-board (AiB) partners grew in the first three months of 2020. Looking at the sequential drops posted by the company today, it's clear that the analyst decisions were based on greater insight into AMD's delivery channels.

Given the controversy that erupted on silicon manufacturing behemoth Intel Corporation's decision to lower its estimates for the current quarter, several quarters were eagerly awaiting AMD's take on the matter. True to form, the company has provided us with its earnings guidance for the current quarter (Q2 FY2020), and the numbers provided suggest that the company is optimistic about this quarter.

AMD believes that in the current quarter, its revenues will grow by 21% year-over-year and 4% sequentially to stand in at roughly $1.85 billion. For the full year 2020, the company has revised the lower end of its guidance range by 3%. While at the end of fourth quarter 2019, AMD had hoped to grow revenues by 28% - 30% for the full year 2020, today the company belives that this growth can lie in between 25% - 30%.

Finally, AMD also reports that it earned a record quarterly notebook revenue last quarter, witnessed a strong ramp of Ryzen 4000 processors and navigated supply chain disruptions and demand shifts ushered in by the coronavirus. Following the earnings release, the company's shares are down 4% in after-market trading.