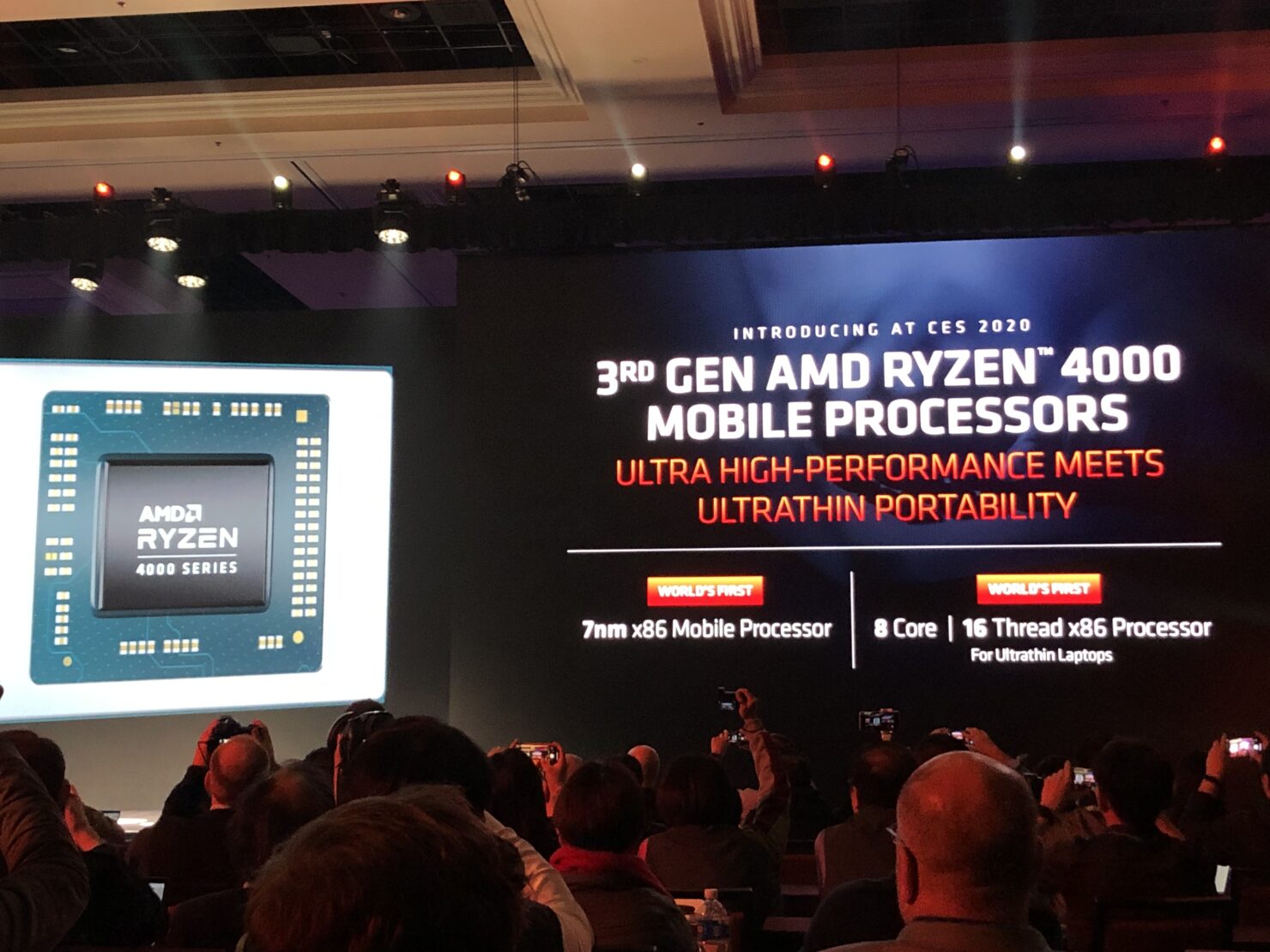 AMD has officially lifted the curtains off of their 3rd Gen Ryzen 4000 CPU family, codenamed Renoir. The AMD Ryzen 4000 mobility processors come in various flavors, including low-power 15W & high-end 45W SKUs, offering up to 8 cores and 16 threads for a massive performance boost even on laptops.

The 7nm APU family will have a lot of new features to talk about aside from the Zen 2 cores, it will be up to 2 times more efficient than the current 12nm Zen+ parts, support LPDDR4x memory and would feature a more modern Vega GPU with an enhanced feature set that is close to the Radeon VII than the Radeon RX Vega 64.

As such, the AMD Ryzen 4000 processors are going to tackle Intel's entire 10th Gen portfolio which includes 14nm Comet Lake-U, 10nm Ice Lake-U, and even the existing 9th Gen Coffee Lake-Refresh parts. Like Intel, AMD is offering a higher tier of mobility processors, branded as the Ryzen 9 family which would include the Ryzen 9 4900H as the flagship part.

The lineup is split into two segments, the low-power Ryzen 4000 U-series and the performance tier Ryzen 4000 H/HS-series. The Ryzen 9 4900H is the flagship SKU, offering 8 cores and 16 threads. It is the first AMD chip to offer such extreme core counts on a mobility platform. The Ryzen 7 4800H also offers 8 cores and 16 threads with the difference between both processors being their clocks.

Intel's current lineup is made up of the Core i9-9980HK (8 Core, 16 thread), Core i7-9850H (6 core / 12 thread) and the Core i7-9750H (6 core / 12 thread). These chips offer clock speeds of up to 5.00 GHz (Max single-core boost frequency). AMD in comparison is offering speeds of up to 4.20 GHz on their Ryzen 7 4800H processor while offering much higher performance per watt. IPC on the AMD Ryzen 4000 processors also plays a major role with a 15% boost over the Zen+ cores, the new lineup features an outstanding performance at the given price points, making for faster & much more affordable laptops.

Comparing the performance versus a desktop-grade Intel Core i7-9700K 8 core and 8 thread chip, the Ryzen 7 4800H with 8 cores and 16 threads is faster in several workloads including Cinebench and 3DMark which just goes off to show the impressive computing capabilities of a 45W mobility chip that AMD has churned up.

The graphics performance is also rated at up to 28% faster than the Gen 11 GPU featured on the Ice Lake chip which is super impressive. AMD also showcased various laptops based on the Ryzen 4000 processors which we will be covering in full detail later today. AMD expects to ship the first Ryzen 4000 laptops in Q1 2020 with 100+ models shipping in the entirety of 2020.