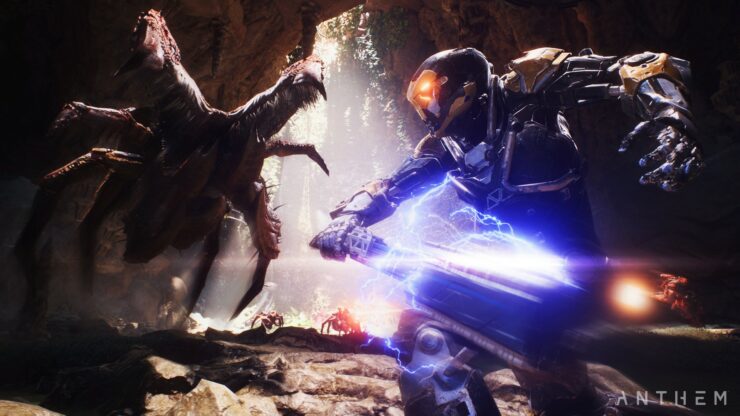 Electronic Arts (NASDAQ:EA) might have had a tough last quarter, but it's now on the rise again. That's mainly thanks to the release of Apex Legends by Respawn Entertainment, but tomorrow's launch of Anthem is also looking like a potential factor.

The analysts at Piper Jaffray have shared an updated analysis today, raising their price target for EA stock to $111 partly based on their own research regarding BioWare's action RPG, which reportedly shows a 'surprisingly high' purchase intent in surveys.

Anthem fully launches on 2/22 and we are cautiously optimistic, despite EA's recent challenges with non-sports titles. Our survey of >600 gamers indicates a surprisingly high level of purchase intent for Anthem. Specifically, our combined survey results show that ~25% of current console owners intend to purchase Anthem. For comparison, when we did a similar survey for Activision's Call of Duty: Black Ops 3 in Sep-15, it showed a purchase intent of 40% for that title (a game that went on to sell 23-24M units in its launch year). Clearly, 25% of active console owners are not going to actually buy Anthem, but we are encouraged by the high level of interest. In fact, we were so surprised when we conducted a first survey in late January, which showed 22% buying intent, that we did a second (smaller) survey on 2/11 to ensure our initial findings were not off-base, and that second survey actually showed higher intent (35% buying intent for the second survey -- for combined purchase intent between the two surveys of 25%). Additionally, another gauge of gamer interest is YouTube trailer views. Currently, EA's YouTube trailer views for Anthem have a likes-to-dislikes ratio of 17-to-1, which, for comparison, puts it on par with Call of Duty: Black Ops 4 and above titles like Destiny (the original version) and the past two full release versions of Assassin's Creed.

Meanwhile, Anthem got its Day One patch already while the developers at BioWare hosted a live stream yesterday where they answered several questions from the community. A detailed roadmap for the next three months of updates, likely to coincide with Act 1: Echoes of Reality, should be out next week.