The console war continues with everyone choosing different sides and different views to how it will shape up in the future. And we've had some surprises too, with the Xbox One overtaking Sony's PlayStation 4 sales on Black Friday. With some very amazing deals on the table like Assassins Creed Unity and a major discount, Xbox One beat PlayStation 4 by a major 22 percent share of console sales. Furthermore, from statistics Xbox One also owned Sony's sales in November after the Sony's PlayStation beat it in sales for 11 months straight with a major estimate lead of 1.2 million for Xbox One to 800,000 for Sony's PlayStation 4. 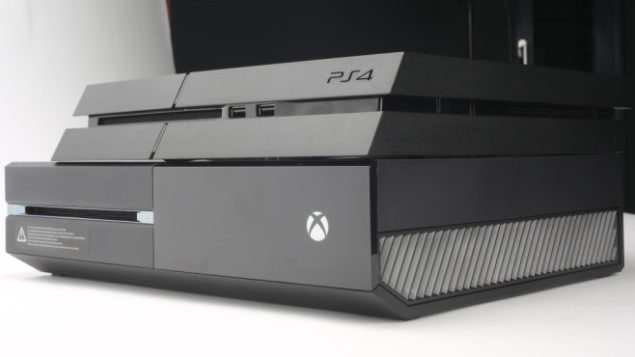 With Major Exclusives Coming up in 2015 for both Platforms, this is Just the Beginning

Both the parent Companies have major exclusives lined up for the upcoming year like The Order 1886, Bloodborne and Uncharted 4: A Thief's End for the PlayStation and Halo 5: Guardians, Rise of the Tomb Raider and Fable Legends for the Xbox One. Social Media analyst Michael Patcher believes (in an interview) that the PlayStation 4 will beat Xbox One with the sheer quantity of quality games which he thinks are releasing too soon going into the new year.

He adds that Sony will also lead because of its quantity in smaller games as lot of individuals are working in to produce more games for the Sony PlayStation 4 and a title as big as Uncharted 4 is bound to give the PlayStation an edge over its competitor. As quoted on Gamingbolt, he adds:

“I don’t know what Microsoft has planned but I will be willing to bet that it’s not this many. I am surprised because I really thought that manufacturers won’t take the risk of developing for one console and they are taking it. Scott Rohde [PlayStation Software Product Development Head for Sony Worldwide Studios America] has done a phenomenal job, you have done a phenomenal job [referring to Adam Boyes, VP of Publisher & Developer Relations at PlayStation].”

“You guys got your s**t together early in the cycle [referring to Sony]. That is where Nintendo right now is suffering because they still don’t have the quantity of exclusives to drive their console and you guys have this plan. It’s peaking next year and that’s exactly where you want to be. It’s great and impressive.”

Although he has a fair point, we cannot neglect that Xbox One has lead the sales last month and has beaten Sony with its amazing deals which has got to count for a lot. Microsoft is equally ready with its integration and OS introductions in Xbox, not to mention that it will have come up with a counter to PlayStation's strategy. Guess we have to wait and watch as 2015 unfolds.