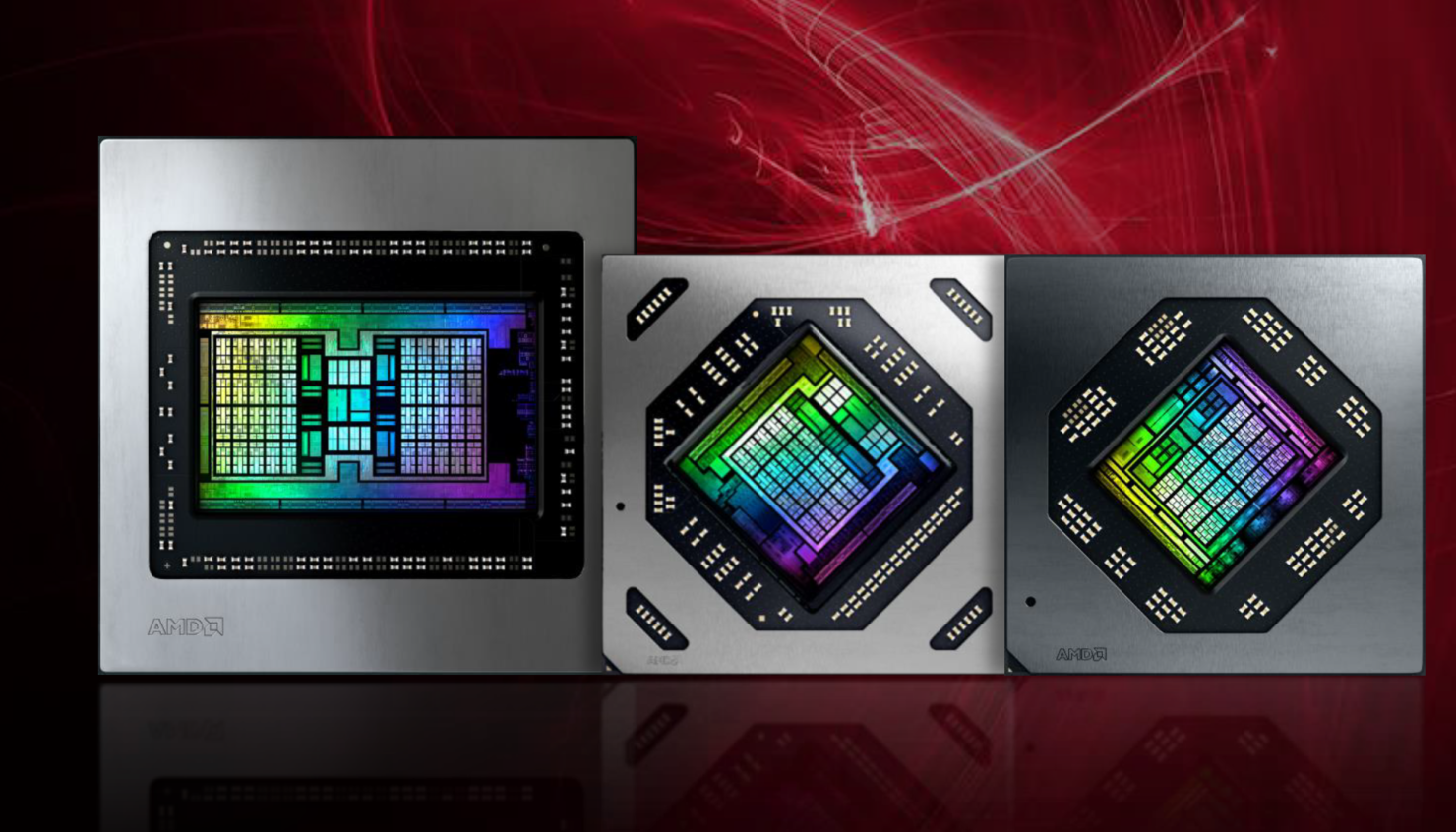 Phoronix reported this morning that an additional 17 PCI IDs for AMD RDNA 2 GPUs including Navi 21, Navi 22 & Navi 23 have been added to the Linux kernel graphics driver. The reason for the addition of these seventeen PCI IDs is unknown, but it is odd due to a large number of PCI IDs already in previous patches and might hint that AMD is readying either a refresh of its existing products for next year or these are simply custom designs for partners.

Does this lead to a possibility of more RDNA2 graphics cards being launched by AMD? It does lead to a large amount of speculation, but it is noted that companies do set aside a group of IDs that could be used for "engineering models," that are added for future models that have yet to be released, or even similar IDs for similar models. The other option could be customized versions that were made for AMD's large line of partners. 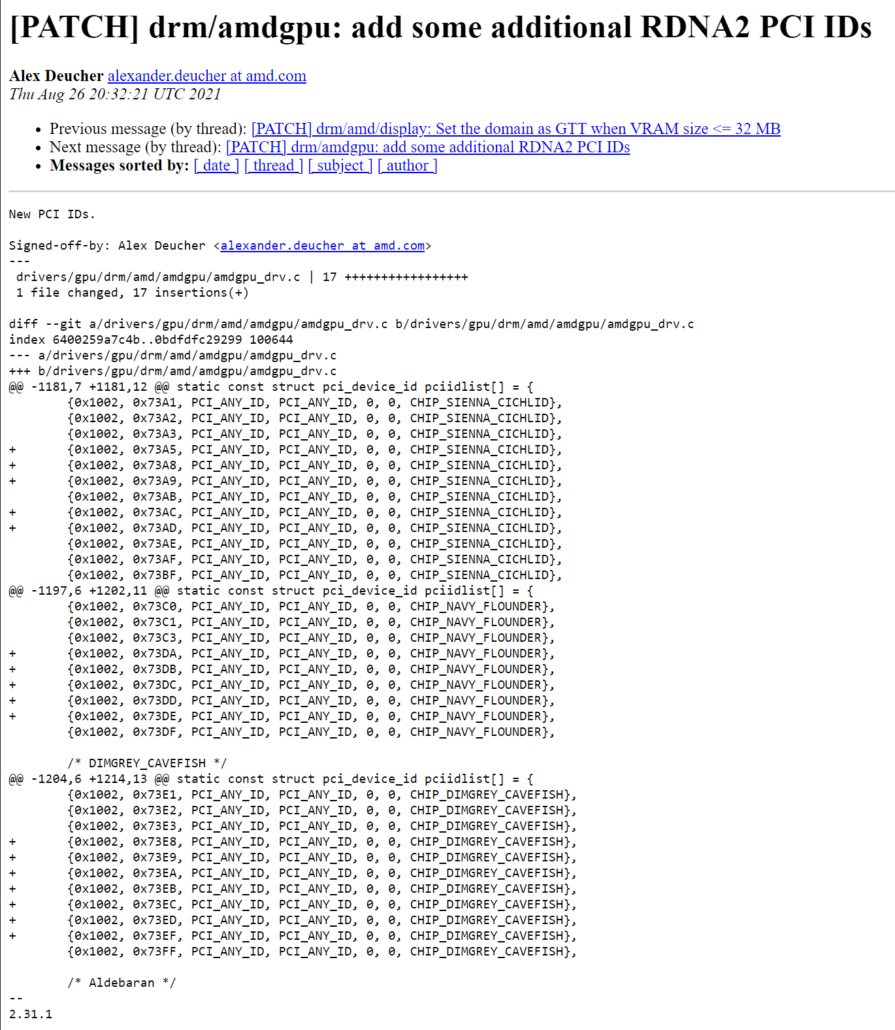 Rogame also believes that these PCI IDs for special models which could be for PRO & special GPU variants.

Every Navi2x has two id ranges, the first is usually pro or special sku and the second is consumer.

Could there possibly be a refresh of RDNA2s, the Navi 22, 23, and 24 GPUs from AMD that could launch in conjunction with the new Navi 3X RDNA3 lines? Again, the answers are simply unknown at the moment. It was previously rumored that AMD is planning to only release three Navi 3X GPUs along with a refresh of AMD's current graphics card lines utilizing an optimized 6nm process node.

Right now, we do not have enough details to gather anything but rumors and speculation. The new AMD Navi 3X lines should start to appear within the next year, and if a refresh on RDNA 2 GPUs is to happen, it will be during 2022.

If you are in need of the new AMDGPU graphics kernel for Linux, please refer to the Radeon™ Software for Linux® 20.45 Release Notes page on AMD's website that not only has the links for the kernel downloads but also how to check your system to see if you have the new Linux drivers or how to prevent the newest upgrade to your system.