Specifications and Details of AMD's Upcoming HD7000 Series Graphic cards have been leaked. The Upcoming Next Generation Graphic chips from AMD Codenamed "Sothern Islands will be based on a 28nm TSMC Process and would release in Q4 2011. The codenames of these chips were already revealed over here.

Following is the Complete list of GPU's included in AMD's Southern Islands Lineup:

AMD would once again release a flahship dual chip card codenamed HD7990 (New Zealand). This GPU would be based on two Tahiti XT/Pro Cores which are mentioned below. Max Stream Processors count would be somewhere around 4000 ALU's and the card would feature a TDP of >300W. Following are the Tahiti, Thames and Lombok based GPU details:

Next up are the Thames XT and Thames Pro Based GPU's:

Last up is AMD's Entry level or Low Profile lineup based on the Lombok Core. The Two GPU's included in this lineup are:

All of AMD's GPU would use the new VLIW4 Architecture with improved SIMD wide-vector execution, Following is an overview of AMD's HD7000 Series GPU Architecture: 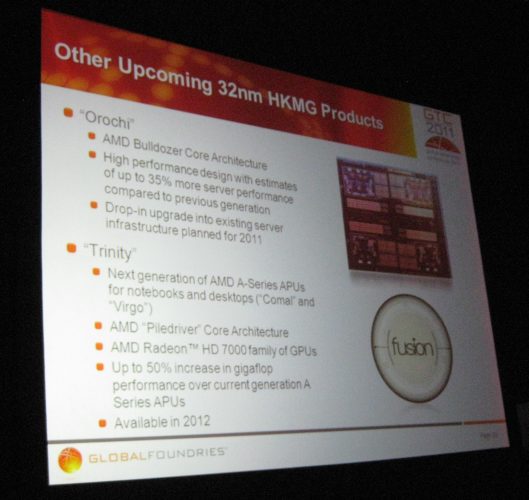 The cards are expected to launch in late Q4 2011 while the high tier cards would most likely launch in 1H 2012. We can also see a few mid tier card like the HD6790 later on. Also, AMD is planning to use HD7000 Series chip IGP's in its upcoming Trinity APU's which would feature Bulldozer x86 Cores. More on that here.