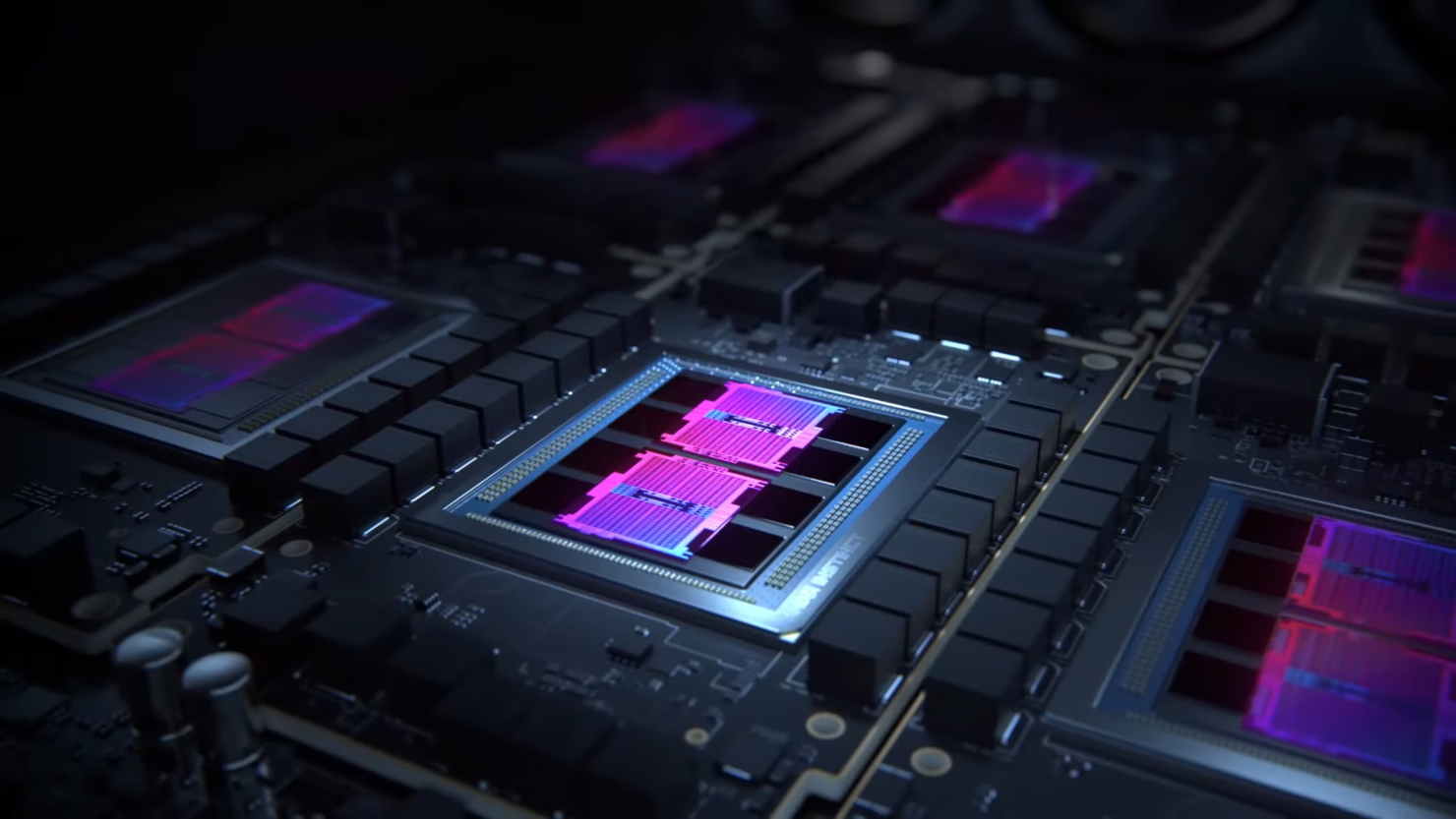 The short interest for chip designer Advanced Micro Devices, Inc (AMD) has started to creep up again after consistently dropping during the second half of this year. AMD's share price has been consistently rising over the past year, as the company delivers consecutive quarterly and annual revenue growth. The increase in short interest, reported by the NASDAQ exchange, comes even as AMD's attempt to merge with field programmable gate array (FPGA) company Xilinx appears to be well on track to clear regulatory approval, and the value represents roughly six percent of AMD's overall outstanding shares.

Since July end, when the short interest was at its highest for 2021, the figure dropped significantly by mid August, after a reduction of 19 million shares, bringing it down to 70 million. It continued this downward trajectory until October end, which saw NASDAQ report 62 million short interest for the chip designer.

However, the shares then started to rise in November, and have grown by 16% since then for the ~72 million value as of November end. This growth can partially be attributed to AMD's share price, which has dropped by 8% since the first week of November, but continues on an upward trajectory for 2021 after having gained $46 or nearly 50% since the start of this year when the shares closed at $92.30 on January 1st. Additionally, the short interest peaked at 75 million for mid-November, before dropping 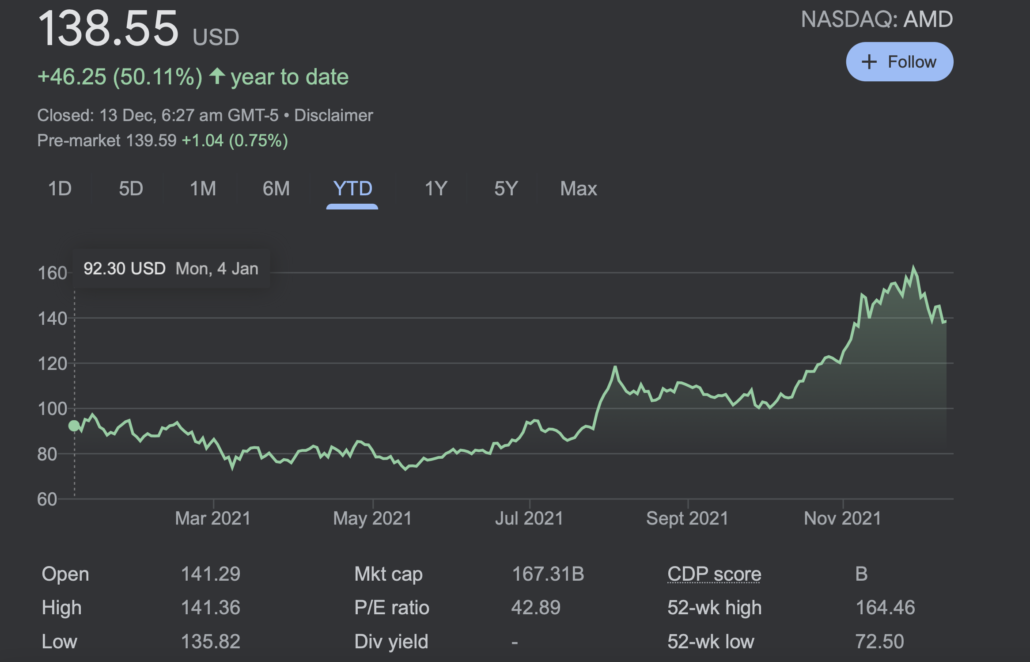 AMD's share price has grown by a remarkable 50% over the course of 2021, as the company delivers strong quarterly growth and new products.

Insider activity for AMD's shares reveals that management has also been busy selling shares throughout November. The first insider sale for the company in November came when its vice president and chief accounting officer Ms. Darla Smith sold close to 1,400 shares at $154, netting her a cool $215,000. She was followed by AMD's chief Dr. Lisa Su, who exercised her options for 125,000 shares and sold them at $145 during the second week of November, in a transaction worth $18 million.

Dr. Su was followed by several AMD executives, including its chief financial officer Mr. Devinder Kumar, selling roughly 232,000 shares at prices ranging between $148 and $163. Dr. Su then sold 125,000 more shares at the end of December's first week, after exercising her options for the same number of shares for roughly $17.7 million.

While an increase in the short interest for a company is generally a negative sign indicating that more investors believe the share price will drop, in AMD's case it can also signify the resolution of its Xilinx merger proposal. Xilinx investors can hedge their bets for the company by taking short positions in AMD in the off event that the deal is not finalized and AMD's shares fall during the open market.

While both Wedbush and Susquehanna raised AMD's price target in November, to $165 and $175 respectively, Erste Group downgraded the company to Hold from Buy last week, outlining that the stock is valued significantly higher than its peers, and should only modestly grow in the near future. AMD's next quarterly earnings should hit the press in January, and the company is heading into it on the back of a record central processing unit (CPU) market share of 24.6% for Q3 2021, its highest since 2006. Improved product designs and partnership with the Taiwan Semiconductor Manufacturing Company (TSMC) have enabled the chip designer to deliver strong earnings results.