AMD's Ryzen Threadripper 5975WX HEDT CPU which is part of the Chagall lineup and features 32 Zen 3 cores has been benchmarked in Geekbench 5. Based on the performance numbers, the chip outperforms a 64 core Zen 2 based Threadripper CPU with ease.

The HEDT CPU itself features 32 cores and 64 threads with the major change being the architecture itself which has been updated to Zen 3. The AMD Zen 3 cores have arrived on almost all AMD CPU segments except the HEDT lineup and some may say that it's too late to bring Zen 3 out now but it still has way too much punch for the HEDT segment. The clocks are rated at a 3.60 GHz base & the boost frequency is rated at 4.5 GHz across all cores. The chip features 128 MB of L3 cache which means that it is based on four CCDs instead of the flagship 8 CCD package. The test platform used featured 128 GB of DDR4 memory. 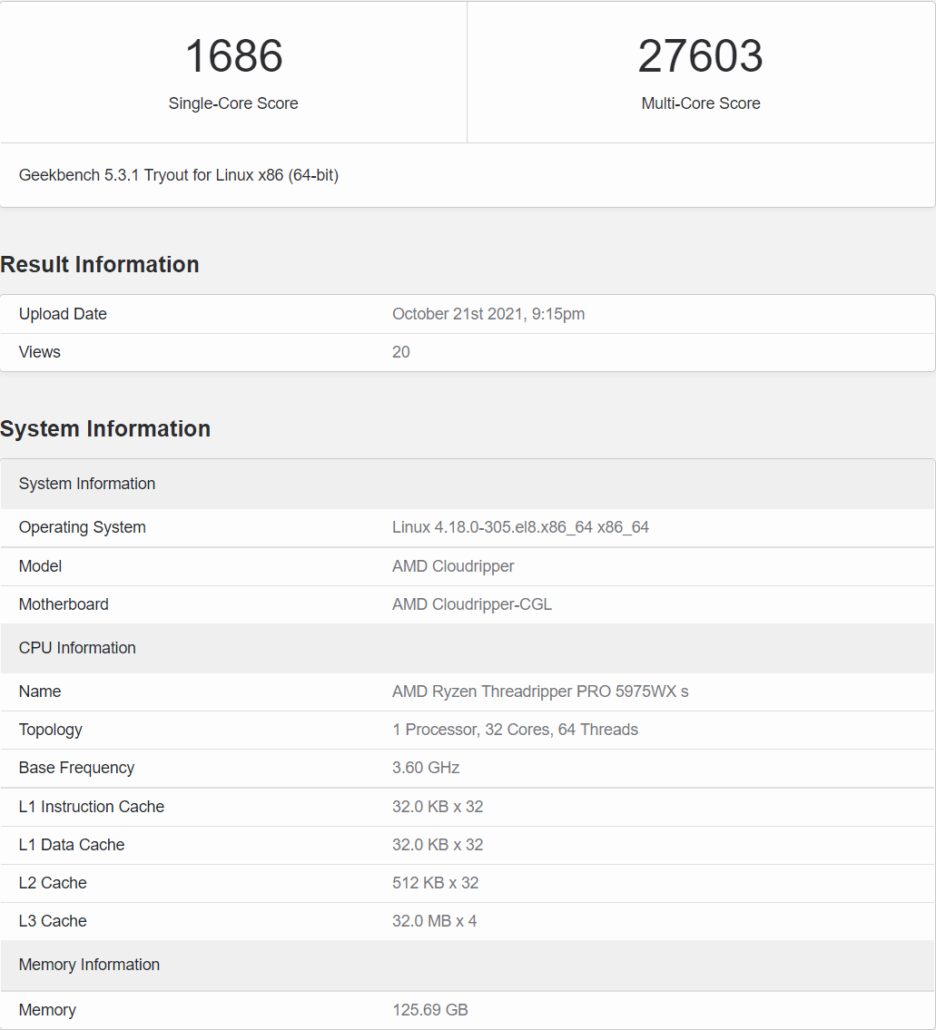 In terms of performance, the AMD Ryzen Threadripper PRO 5975WX scored 1686 points in the single-core and 27603 points in the multi-core benchmark. Comparing this to the Threadripper 3990X with 64 cores, the 32 core Zen 3 chip is 10% faster which is very impressive considering the 3990X has twice the number of cores and threads. Versus its predecessor, the 3970X which offers 32 cores and 64 threads, the 5975WX is up to 24% faster which is due to the improved clocks and the brand new Zen 3 core architecture.

The performance looks great but recent rumors have stated that the Threadripper 5000 lineup is expected in 2022. A launch in 2022 would mean that AMD's Ryzen Threadripper 5000 HEDT CPUs will be pitted close to Intel's own Sapphire Rapids HEDT family for the W790 platform. Both Intel & AMD last launched their HEDT CPUs in November 2019, AMD did release its workstation/prosumer Threadripper chips too but Intel has been unable to capture the HEDT market since then. With new HEDT CPU families arriving in 2022, we will once again see heated competition in the segment, especially since both CPU makers will be offering brand new core architectures for the platform.