Even more benchmarks of AMD's Ryzen 7 5700G Cezanne 8 Core APU based on the Zen 3 core architecture have leaked out. The latest benchmarks come from reliable leaker, Patrick Schur, & show a huge lead for the Cezanne APU over its Renoir Ryzen 4000 predecessor.

The benchmarks posted by Patrick are specifically for the AMD Ryzen 7 5700G. (100-000000263-30) The sample he is testing is in an engineering sample but features up to 4.55 GHz clocks in single-core tasks with a PBO profile set to +100 MHz while the multi-core frequencies average at around 4.45 GHz. Patrick states that he used  4000 MHz CL19 memory from G.Skill for these tests.

Do note that a higher-binned die exists which has the 100-000000263-50 OPN code and that wasn't used in these benchmarks. Stock specifications for the Cezanne Zen 3 flagship are listed below.

The AMD Ryzen 7 5700G will be the flagship offering within the lineup. It will feature 8 cores and 16 threads. The clock speeds are reported at a 3.8 GHz base and a 4.6 GHz boost. The CPU will carry a total of 16 MB L3 and 4 MB L2 cache with the TDP being set at 65W. The APU will also carry a Vega integrated GPU with 8 CUs or 512 stream processors running at clock speeds around 2.1 GHz. The CPU should retail at around $350-$400 US. You can even find a few benchmarks of the APU here. 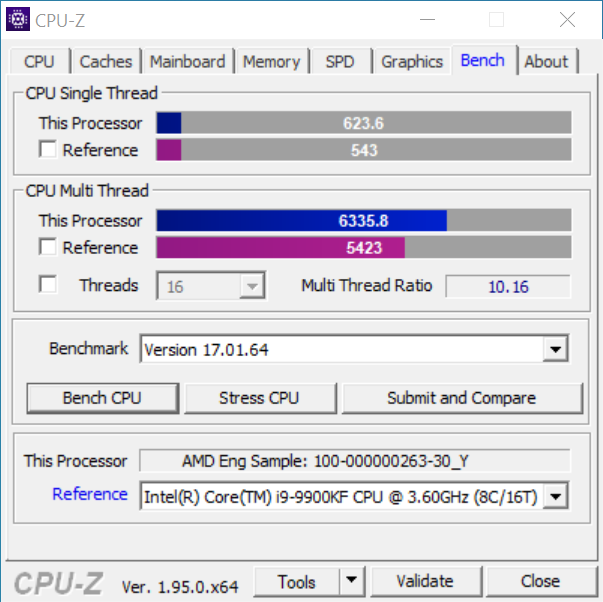 Comparing the results to the AMD Ryzen 7 4750G, we see that the Ryzen 7 5700G at stock and in ES state is up to 15% faster in single-core and 6% faster in multi-core tests. The Cezanne Desktop APU also has really good overclocking capabilities and we have also provided previously reported tests in the charts above. Similar performance gains can be seen in the Cinebench R15 and R20 tests:

AMD's Ryzen 7 5700G is going to be the flagship offering within the Ryzen 5000G Desktop APU family with the others two being the Ryzen 5 5600G and the Ryzen 3 5400G. The last generation AMD Ryzen 4000G Renoir APUs showcased some impressive memory overclocking capabilities and one can expect the same from the upcoming Cezanne APUs which are also going to be available in the mainstream segment with proper channel availability, unlike the Ryzen PRO 4000G APUs.