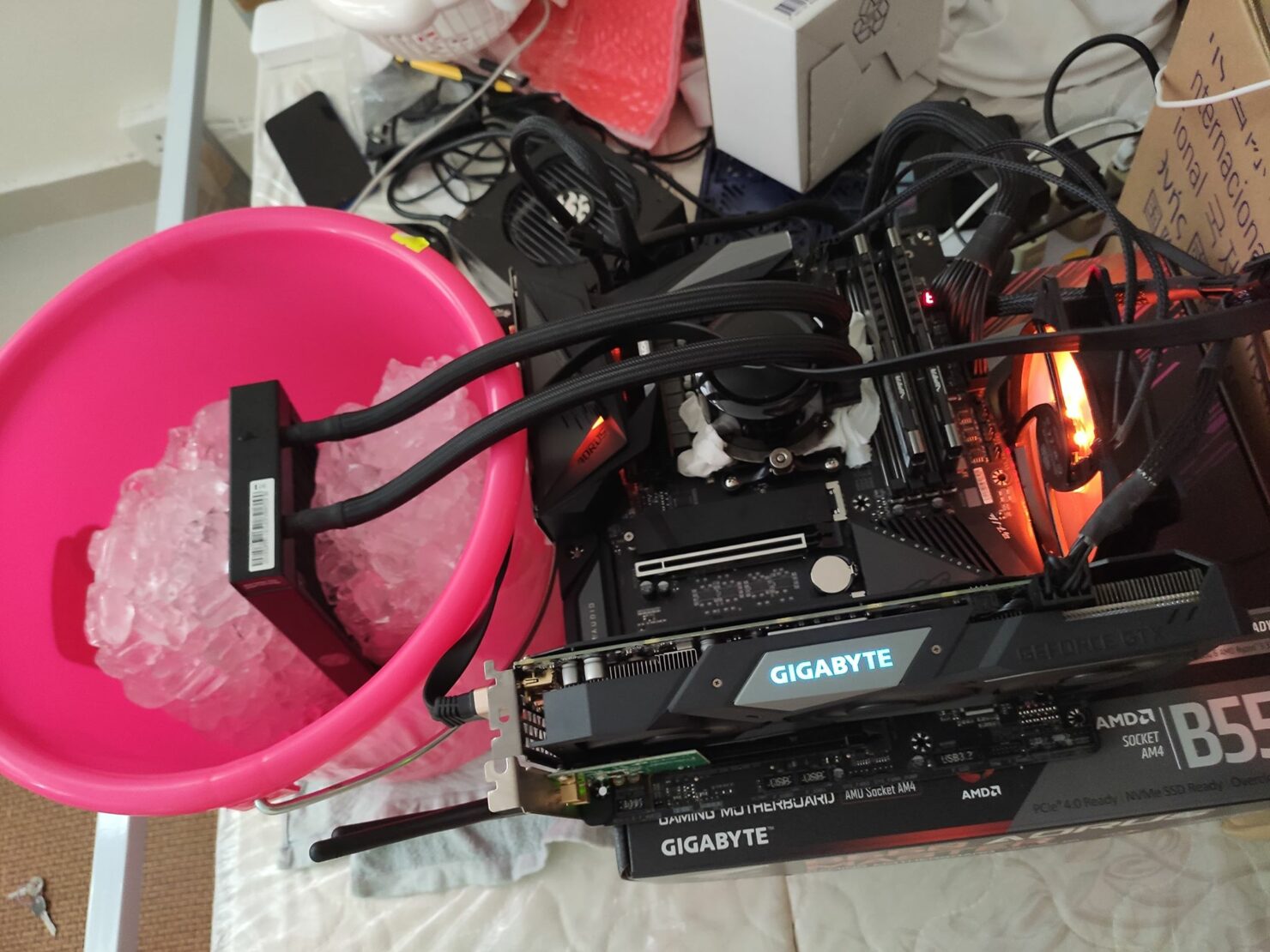 The AMD Ryzen 7 4700G or the Renoir Ryzen 4000 Desktop APU family has been showcasing some impressive performance capabilities, especially when it comes to overclocking, and now, one of the processors has been pushed to a stunning overclock of just under 5 GHz without LN2 cooling which is a remarkable feat.

The latest numbers once again come from ITCooker who's been tweaking and testing his AMD APU samples for a while now. Featured in the Renoir family which are branded as the Ryzen 4000 series, the AMD RYzen 7 4700G will be the flagship part.

The APU will make use of the 7nm Zen 2 CPU cores & the 7nm Vega GPU cores in a monolithic design compared to the chiplet design we've seen on standard Ryzen 3000 'Matisse' CPUs. The monolithic design does come with slightly better efficiency than chiplet offerings and also offers a marked improvement in latency & bandwidth numbers.

The AMD Ryzen 7 4700G APU was pushed to 4.96 GHz across all of its 8 cores. The overclock was achieved on the Gigabyte B550 AORUS Master which seems to be one of the best motherboards designed for overclocking AMD Renoir APUs as you will see in a bit. The APU was supplied with a voltage of 1.519V and a 360mm AIO radiator was used which was cooled by two bags of ice. You can find the overclock's Hwbot link over here. 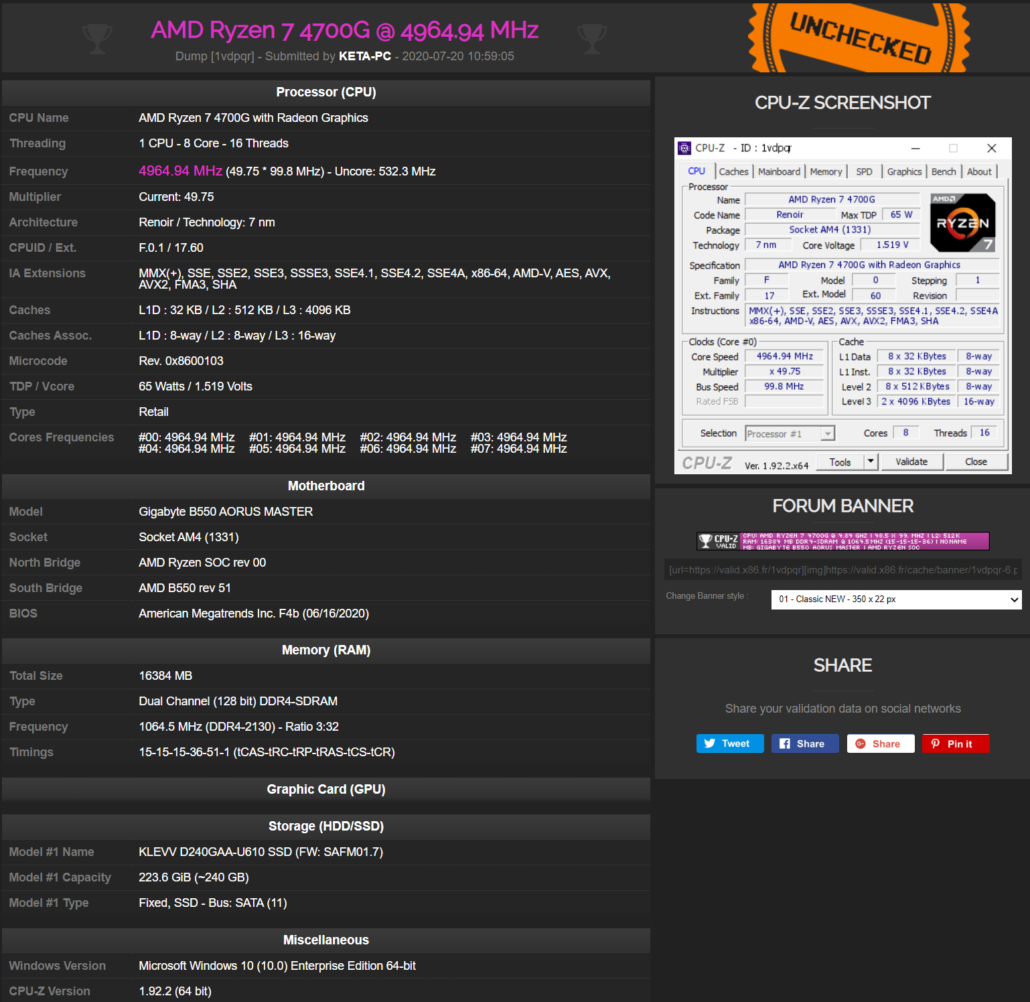 We've already seen ITCooker use ice-chilled water to achieve his previous overclocks and testing results. The voltages and cooling solution used here are in no way of conventional means but the rest of the overclocks around 4.5-4.7 GHz are looking to be highly achievable with some high-end AIO cooling setups. It looks like we will be in for a treat when the embargo on Renoir 8 core APUs lift and we get to see some actual LN2 numbers from overclocking enthusiasts. 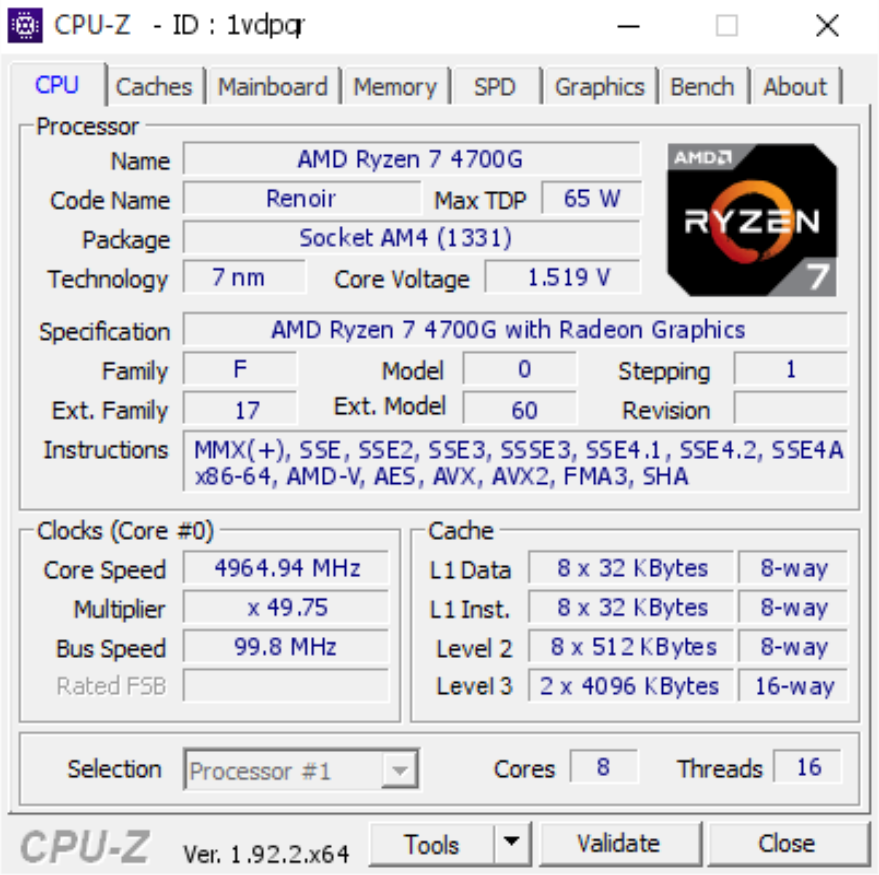 In addition to the CPU overclock, Benchlife has posted new CPU-z screenshots that show the same AMD Renoir 8 Core APU running on a B550 AORUS Master motherboard alongside DDR4-5400 ram. The CPU seems to be one of the engineering samples that we saw yesterday as its base clock is set to 3.0 GHz Here, you can see the memory being pushed to mind-boggling 5400 MHz speeds on the B550 platform which is something we've seen before and mostly confirms that Renoir has better memory overclocking and performance capabilities than the Matisse platform.

It is also reported that the memory being used here is the Crucial Ballistix Gaming series clocked at DDR4-5100 and the system can boot in with the selected XMP profile on the B550 platform without any issues. 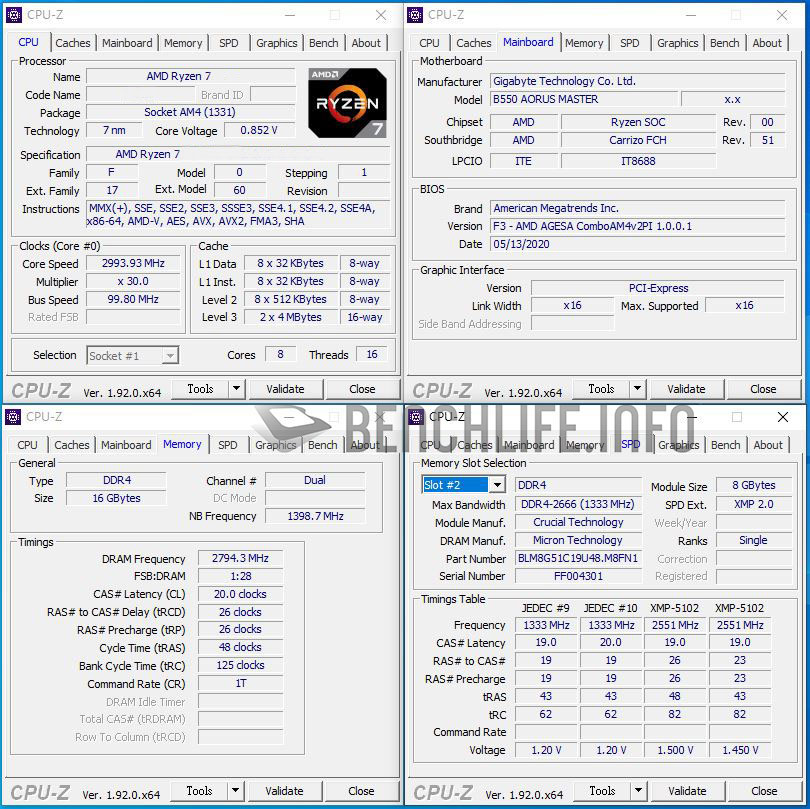 The AMD Ryzen 4000 Renoir APU lineup is expected to be introduced on the 21st of July as indicated by our sources previously so expect AMD to share more official performance data next week.