AMD's Ryzen 7 4700G has leaked out once again but this time we are not going to talk about benchmarks of the flagship 8 core Renoir APU but rather its overclock potential which has once again been showcased by ITCooker (via HiFiHedgehog) over at his Facebook page.

The AMD Ryzen 7 4700G is looking to be an impressive APU with the performance caliber of the Ryzen 7 3800X in a 65W package. The APU will make use of the 7nm Zen 2 CPU cores & the 7nm Vega GPU cores in a monolithic design compared to the chiplet design we've seen on standard Ryzen 3000 'Matisse' CPUs. The monolithic design does come with slightly better efficiency than chiplet offerings and also offers a marked improvement in latency & bandwidth numbers. We'll definitely wait for final tests to verify this but let's check out today's important feat for the AMD Ryzen 7 4700G. 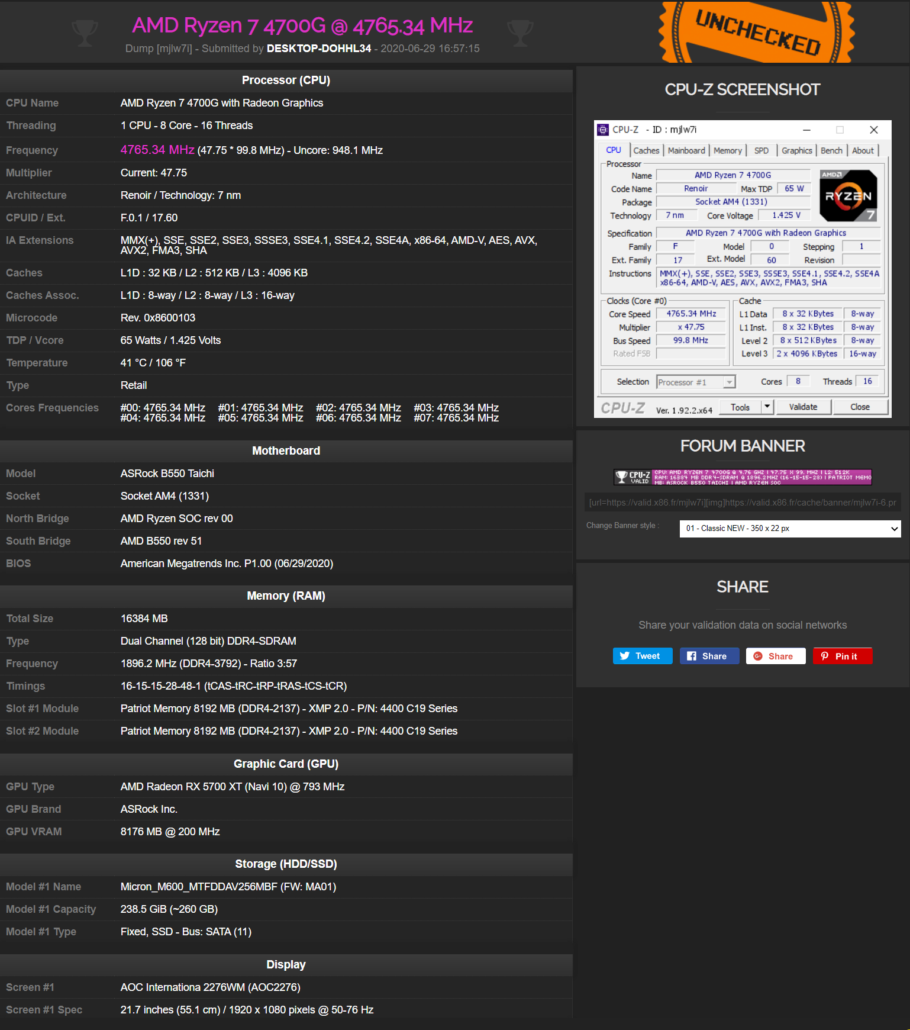 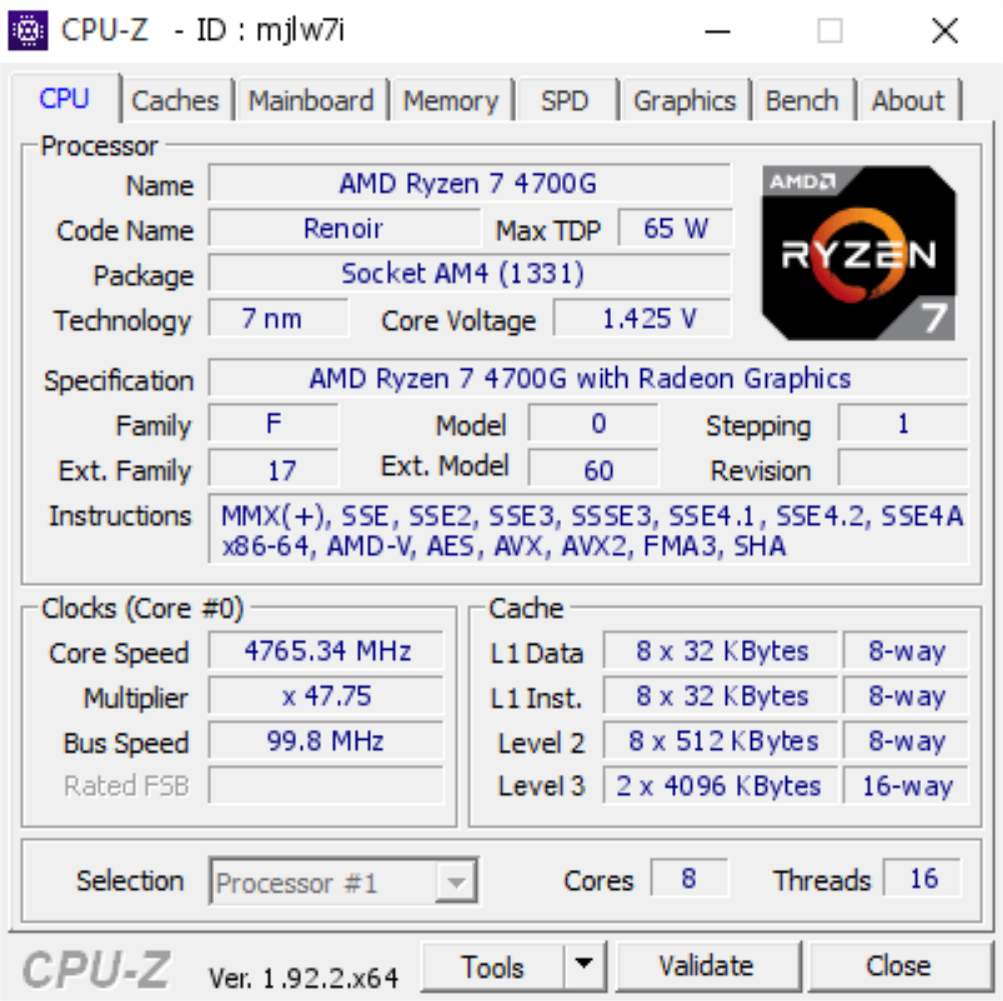 The flagship Renoir APU, the 8 Core Ryzen 7 4700G, has been overclocked to an impressive 4.75 GHz on standard cooling.

It's also important to tell that this overclock wasn't done on LN2 cooling but rather a standard air or liquid-cooled setup as is evident by the temperature reported by CPU-z at 41C. Sure the CPU wasn't being tasked to do something and we haven't seen any performance numbers with the said over-clock but we may very well see how the chip performs under such high overclocks. The leaker also reports up to 4.9 GHz clock speeds on a single core and an infinity core clock of 2200 MHz. You can see the listing at the CPU-z validation page here.

Leaked prices for the Ryzen 7 4700G show that it might cost somewhere around the $300 US mark and at that price point, it would make a much better deal than the Ryzen 7 3700X & Ryzen 7 3800X since it will offer the same amount of cores and threads but with higher overclocking capabilities, a built-in iGPU and much better support for higher frequency DDR4 memory. We will be detailing on the launch and segmentation of the AMD Ryzen 4000 Renoir desktop family soon.