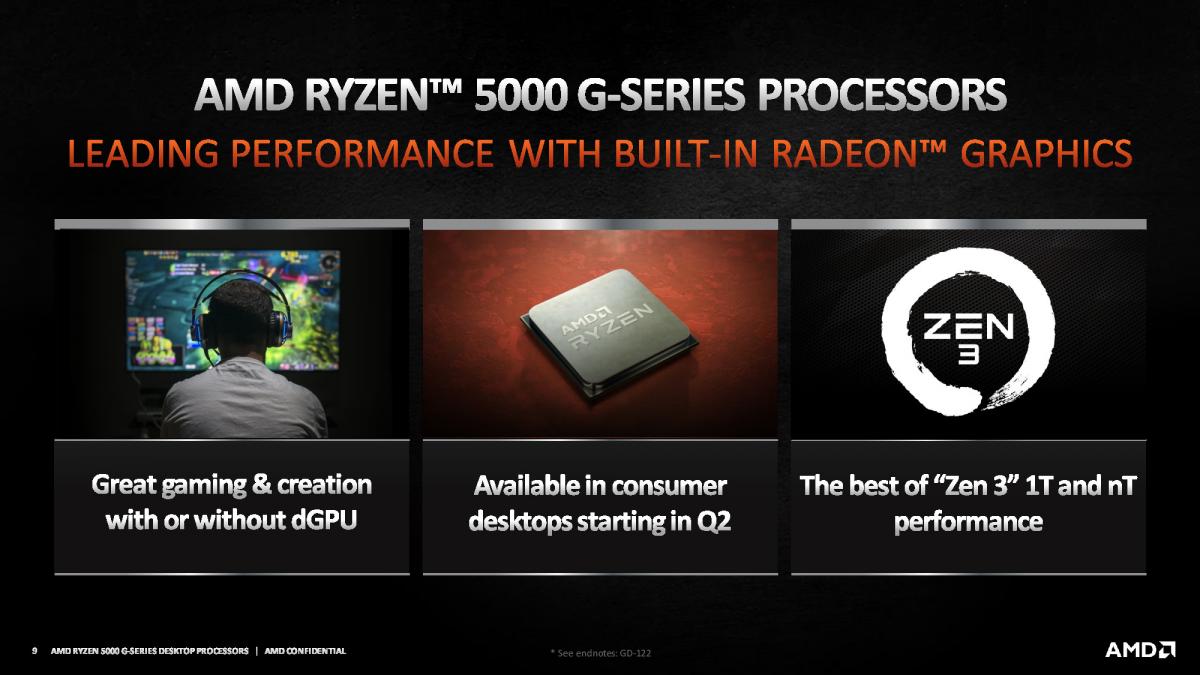 AMD has officially launched its next-generation Ryzen 5000G APUs codenamed Cezanne which features the brand new Zen 3 core architecture. The AMD Ryzen 5000G APUs are aimed at the consumer segment with an initial supply coming to OEM PCs first and later heading out to the gaming & mainstream DIY segment.

The AMD Ryzen 5000G Cezanne Desktop APU family will be featuring the brand new Zen 3 cores that have already made their debut on the Ryzen mainstream, Ryzen mobility, & the EPYC server platforms. The family will consist of three processors which include the Ryzen 7 5700G, the Ryzen 5 5600G, and the Ryzen 3 5300G. 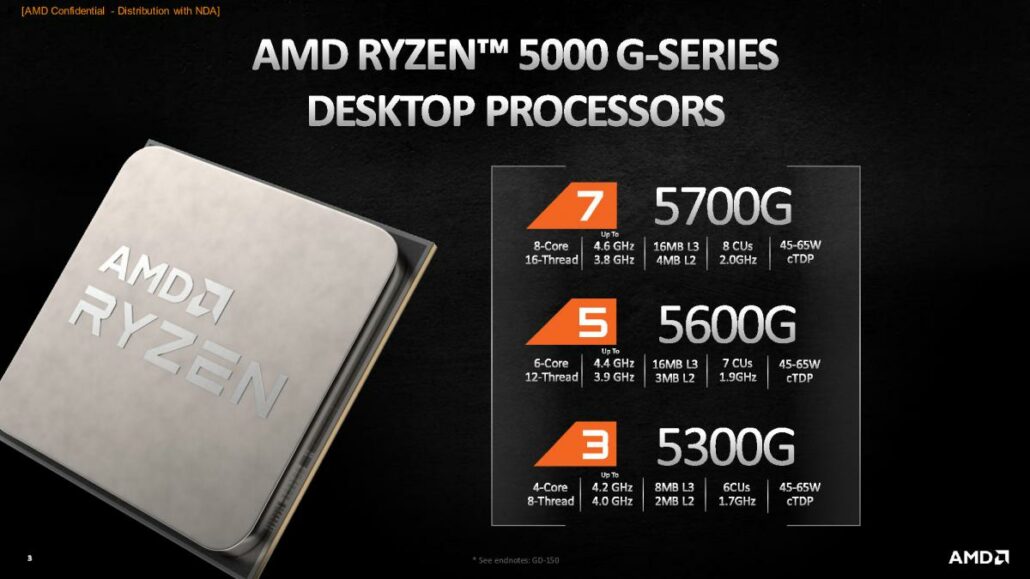 You can expect the Ryzen 5 5600G to retail at around $250 US while the Ryzen 3 5300G would target the $150 US price range. Each standard 65W Ryzen 5000G APU will feature a configurable TDP down to 45W for OEMs to fine-tune the chips in different configurations.

Interestingly, AMD is still comparing its next-gen APUs to older 10th gen CPUs from Intel and not the new Rocket Lake chips which are based on brand new CPU and GPU cores. The graphics tests are obviously better on the Rocket Lake Xe iGPU and it will be interesting to see how well the Vega iGPU still fares against a modern Intel GPU architecture. Expect to see reviews of these chips by the mid of 2021 when the APUs enter the DIY segment.