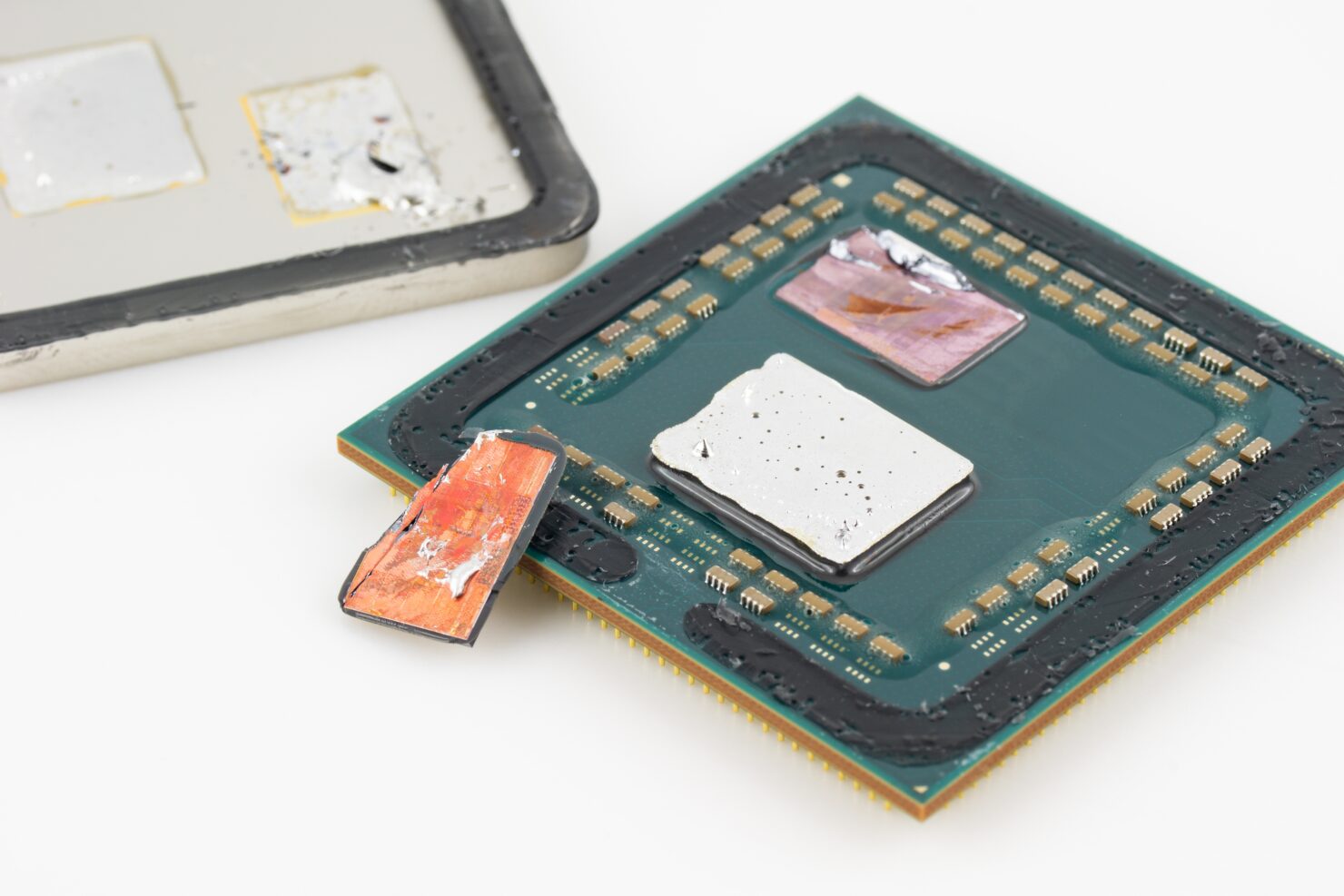 We have all seen the AMD Ryzen 5000 'Zen 3' CPU lineup by now and most even have the physical chips in their hands but what's more interesting about Vermeer is what lies underneath it. The Zen 3 core architecture is incredible, featuring lots of IPC gains and we have only seen a glimpse of the Zen 3 die during AMD's presentations regarding Ryzen 5000 but Fritzchens Fritz is once again the first to provide high-resolution infrared photos of the processor, giving us a better look at the Zen 3 core.

This isn't the first die that Fritzchens has posted, in fact, every major CPU/GPU has been undressed by him and you can see a load of high-resolution pictures over at his Flickr and you can also follow him over at Twitter to know when he posts his latest die shots. The most recent die shots from him are for the AMD Ryzen 5000 Desktop CPU.

The CPU in particular is the AMD Ryzen 5 5600X which features two chiplets, a single CCD, and the primary IOD. To get the die shots, the CPU had to be delidded by removing the IHS. The Ryzen 5000 CPUs make use of a solder design which makes it hard to delid the chip and disaster struck as Fritz tried to delid the chip. The whole CCD ripped off during the process but most of the silicon was still intact and so was the IOD.

While the Ryzen 5 5600X died too young, the die shots were just enough for Twitter fellow, Locuza, who is well known for mapping down CPU/GPU dies, to make up the rest of the Ryzen 5000 die and present the full die to us. Locuza's awesome work can be seen below where he mapped out the entire Zen 3 CCD with each aspect and area of the chip accurately mapped.

Some highlights by him include:

Unlike the previous generation design where each AMD Zen 3 CCD comprised of two CCX's (Core Complexes), the Zen 3 CCD will consist of a single CCX which will feature 8 cores that can run in either a single-thread mode (1T) or a two-thread mode (2T) for up to 16 threads per CCX. Since the chip houses a maximum of two CCDs, the core and thread count will max out at 16 cores and 32 threads which is the same as the existing flagship AM4 desktop CPU, the Ryzen 9 3950X.

Each AMD Zen 3 core will feature 512 KB of L2 cache for a total of 4 MB of L2 cache per CCD. That should equal 8 MB of L2 cache on a dual CCD CPU. Along with the L2 cache, each CCD will also comprise of up to 32 MB of shared L3 cache. For Zen 2, the L3 cache was split between the two CCX's with each CCX having their own separate (Up To) 16 MB cache. The size of the cache remains the same per CCD but now all cores can share a larger number of L3 cache.