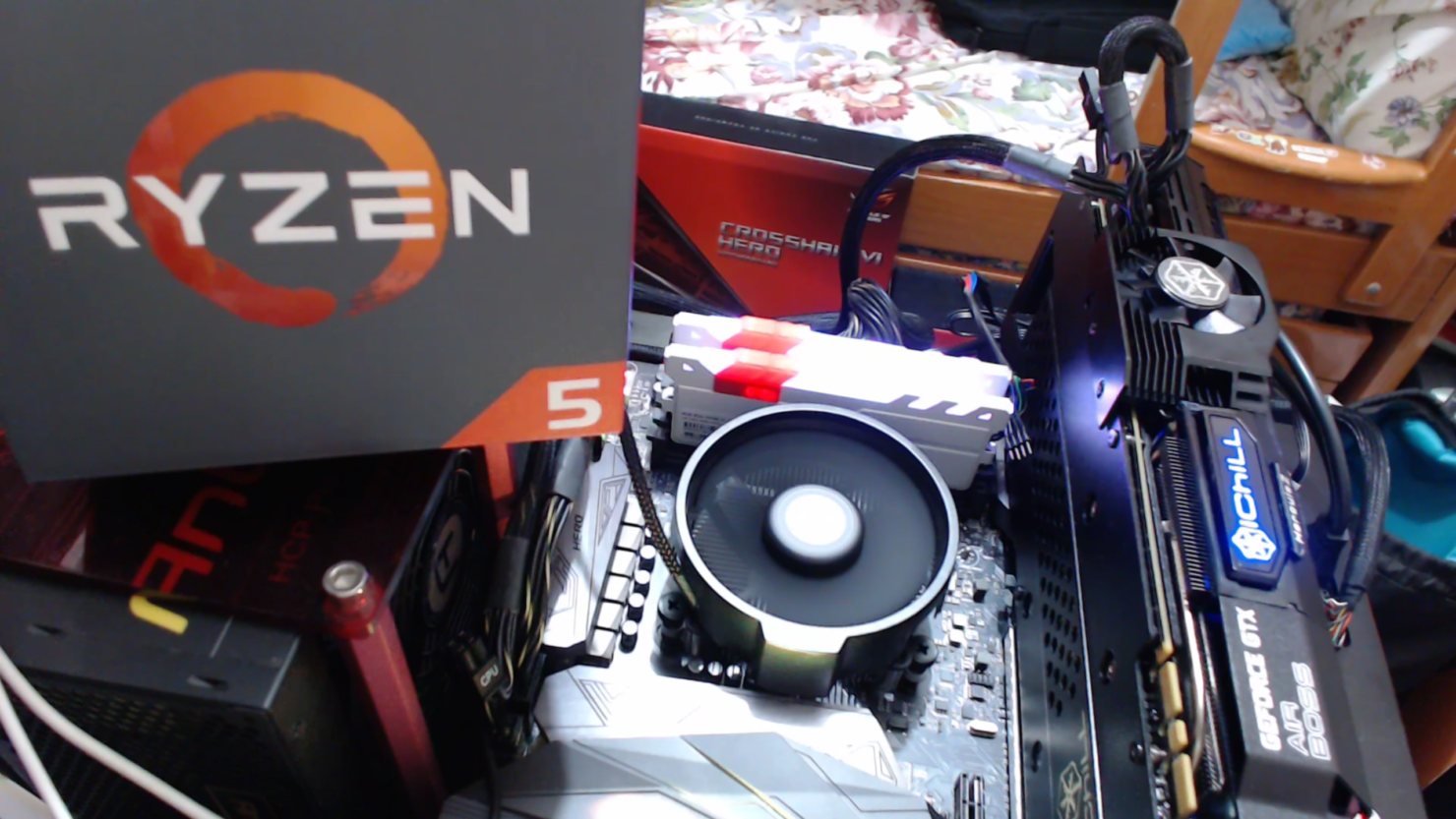 Benchmarks of AMD's upcoming Ryzen 5 1400 processor have leaked out. The Ryzen 5 processors launch next week so these benchmarks provide an early preview of AMD's Zen based quad core chip's potential.

The AMD Ryzen 5 family will be launched on 11th April for consumers around the globe. Featured in the lineup is AMD's entry for most cost-effective and multi-threaded quad core chip, the Ryzen 5 1400. The $169 US chip packs 4 cores and 8 threads. Looking at the specs, we can see it as a main Core i5 competitor as it has similar performance at much lower price points.

The Ryzen 5 1400 comes with clock speeds of 3.2 GHz base and 3.4 GHz boost. It also comes with 8 MB of L3 cache and a TDP of 65W which is reasonable for such a chip. Overall, we can expect some decent CPU performance out of this little chip.

The Ryzen 5 1400 processor was tested at both stock and overclocked speeds. It seems like the chip can overclock to 3.8 GHz. Beyond that, the chip crashes, even with higher voltages. At around 3.5 GHz, the chip scored 754 points in Cinebench R15 and 8.49 points in Cinebench R11.5. A Core i7 4770K based on an older Haswell 22nm architecture scored 822 points vs 754 points of the Ryzen 5 chip in the same bench. The Core i7 4770K chip features the same 4 core and 8 thread configuration but is faster clocked at 3.5 GHz base and 3.9 GHz boost.

Lastly, we have 3DMark benchmarks at 3.7 GHz. At this speed, the chip scored 6992 overall and 11963 Physics score in the 3DMark Firestrike Ultra benchmark. In 3DMark Firestrike Extreme, the chip scored 11846 overall points with a iChill GeForce GTX 1080 Ti graphics card and Physics score of 11988. Finally, 3DMark Timespy reported a score of 8114 (overall) and CPU score of 3792.

We also have another leaked video showcasing Ryzen 5 1400 OC performance at 3.8 GHz within gaming benchmarks. The processor was tested against several Intel processors in a range of AAA titles that you can see for yourself below:

The AMD Ryzen 5 1400 will arrive on 11th April along with the rest of the Ryzen 5 lineup. It will be a very disruptive chip in the mainstream gaming market, bringing high-performance CPU performance to a mass majority of gamers building powerful PCs for themselves. The new processors will be fully geared towards the AM4 platforms based on X370, B350 and A320 chipsets. Expect more details on performance of the quad core and hexa core variants in the coming weeks.