The AMD Ryzen 5 processors will consist of several 6 and 4 core options with SMT enabled. These chips will range from $169 US based models up to $249 US top 6 core model. The launch of Ryzen 5 CPUs will come a month after AMD unleashed Ryzen 7 enthusiast chips to enthusiasts and high-performance users around the globe.

Ryzen 5 series processors will be aimed at mainstream users and gamers who are building a PC without spending so much on the components. The CPUs will cost less than the Ryzen 7 series but will still deliver good performance at increased efficiency.

As mentioned earlier, AMD Ryzen 5 series will be a mix of 6 core and 4 core models with SMT. The Ryzen 5 series will include the AMD Ryzen 5 1600X which is the fastest 6 core model. This model will have clocks of 3.6 GHz base and 4.0 GHz boost. The 1600X processor will feature a TDP of 95W. This chip is going to be priced at $249 US which is just under $10 higher than the Core i5 7600K which AMD claims is it's main competitor. 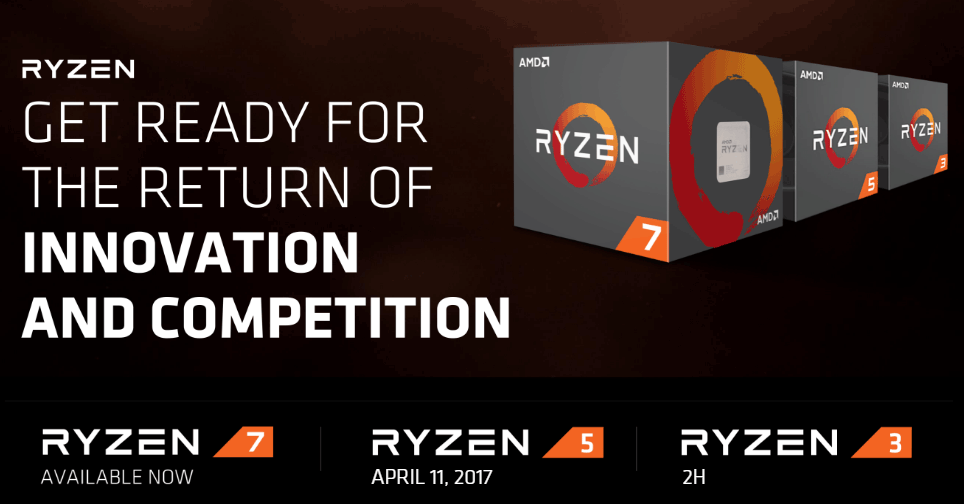 Performance numbers for the flagship 6 core are just amazing in the sense that they beat out the similar priced Core i5 7600K from Intel by 69% in multithreaded tests. Sure, Kaby Lake will have an advantage in single-threaded performance due to higher clock speeds but Ryzen comes with some decent multi-thread potential. The difference lies in the price. Intel is asking $242 US for a quad core, non-hyperthreaded chip while AMD is asking $249 US for a hexa core, hyperthreaded chip. 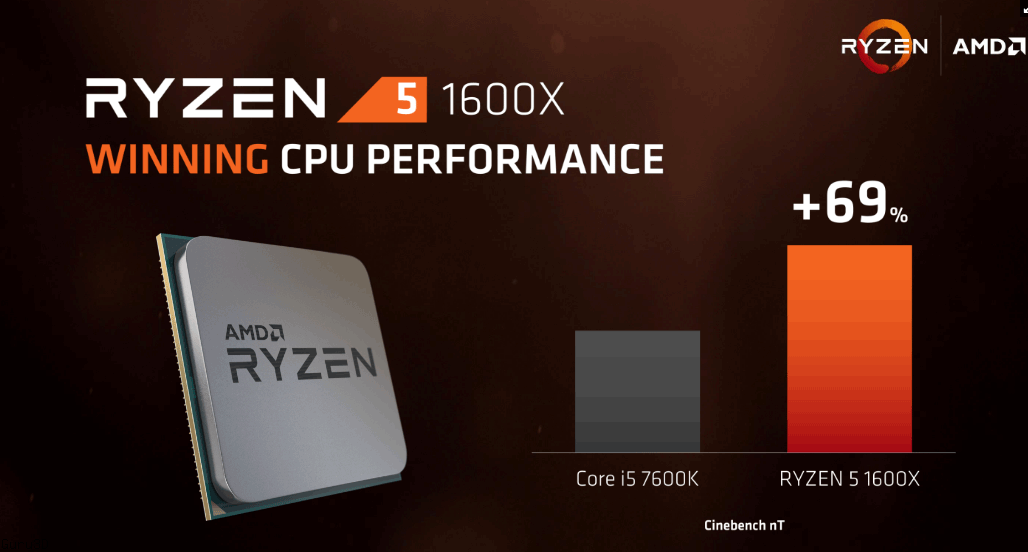 The AMD Ryzen 5 1600X will also arrive on 11th April along with the rest of the Ryzen 5 lineup. It will be a very disruptive chip in the mainstream gaming market, bringing high-performance CPU performance to a mass majority of gamers building powerful PCs for themselves. The new processors will be fully geared at the AM4 platforms based on X370, B350 and A320 chipsets. Expect more details on performance of the quad core and hexa core variants in the coming weeks.