We're only a day into this year's incredibly packed CES 2018 schedule and we've already seen the two biggest names in PC graphics, NVIDIA and AMD, deliver their keynotes. And while NVIDIA is keeping its cards close to its chest, AMD has let loose a duo of comprehensive multi-year roadmaps for CPUs and GPUs.

If you want to learn about what either of these two companies have announced at this year's CES I'd direct you to our full PC hardware CES coverage here. In this particular op-ed I won't talk too much about what AMD has said, but rather the implications of what hasn't been said.

It's public knowledge at this point that NVIDIA plans to introduce a new lineup of gaming GeForce graphics cards based on its brand new Volta architecture this year. Unlike its competitor, NVIDIA has been following a strict yearly product roadmap since the beginning of the decade. 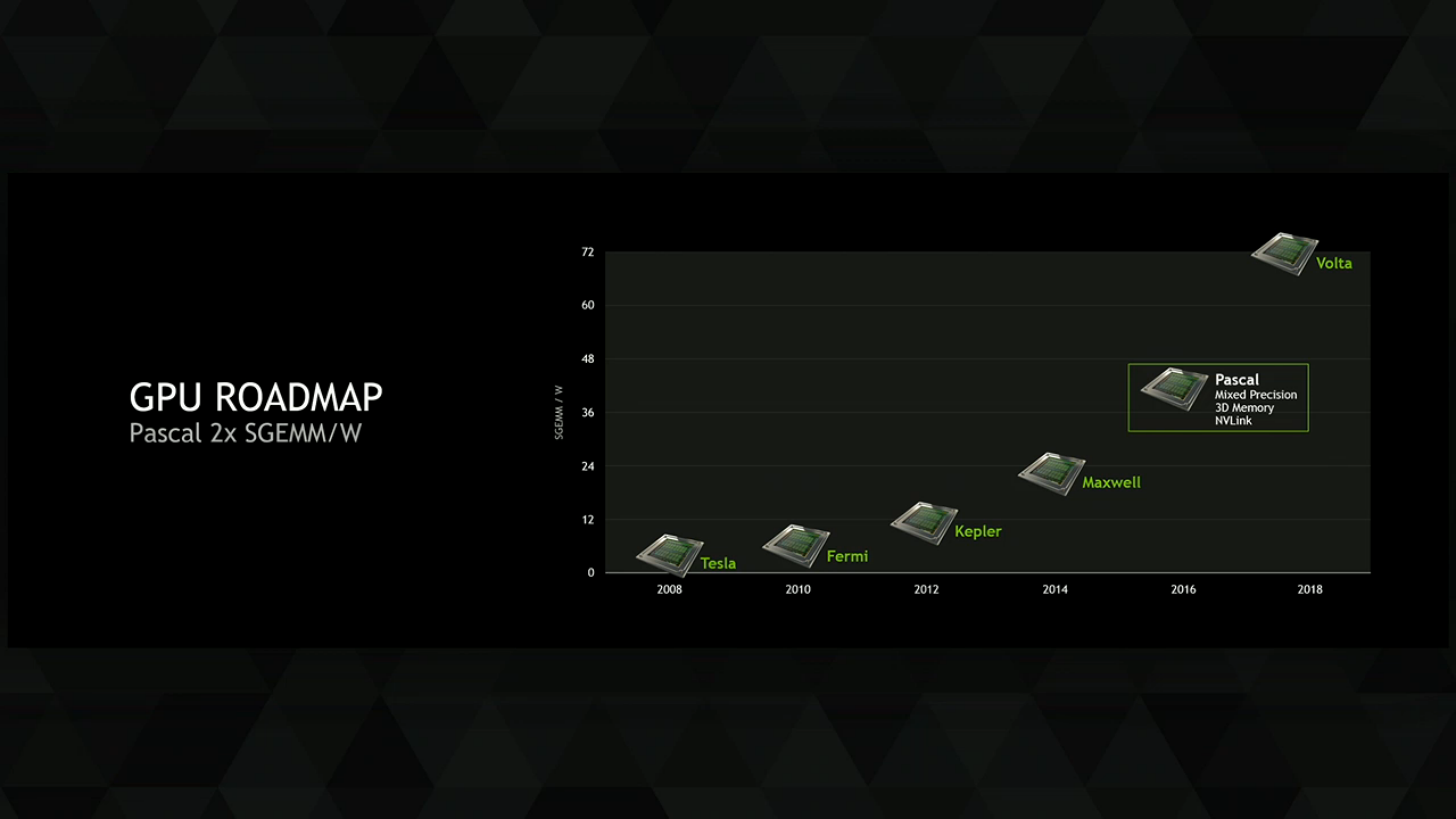 Like clockwork, every year since the introduction of Kepler in 2012, NVIDIA would deliver a high-end desktop graphics product that surpasses what precedes it.

On the other hand, AMD's Radeon product cycle has seen far less consistency and as a result we've seen the company and its fans genuinely suffer at times. 2014 is one clear example when the company appeared to simply concede competition and resolved to a rebranding scheme that sent its market share tumbling to as low as 18% a year later, the lowest it has ever been since the acquisition of ATi a decade earlier.

The company's rebranded chips were simply ill-prepared to take on NVIDIA's then brand new Maxwell architecture. In 2016 we've seen another gap appear in AMD's graphics roadmap, where the highest end Radeon offering was the mid-range Polaris 10 based RX 480. It wasn't until the second half of last year that the company had a high-end offering to compete with NVIDIA's GP104 based GTX 1080 and GTX 1070 graphics cards, which had been selling for over a year at that point.

If we've learned one thing from AMD's recently published 2018 graphics roadmap is that there's going to be another product gap this year and we could perhaps be on track to see a repeat of 2014.

According to AMD's most recently published graphics roadmap, 2018 is going to see a continuation of existing Vega 64 and Vega 56 graphics cards, with no new addition to the high-end desktop. Vega, which hasn't been able to compete with NVIDIA's GP102 based products like the GTX 1080 Ti, continues to be in short supply to date. What makes overall matters worse is that it will have to compete with a brand new roster of Volta products later this year.

And while the announcement of 7nm Vega has surprised some, we've known and reported about it in as early as January of last year. Sadly, 7nm Vega isn't only meaningless for gamers because it's strictly for the AI market, it will only be sampling this year and isn't expected to see actual availability until 2019. So even if the company eventually decided to launch a gaming oriented version of this silicon, it won't see the light of day until 2019.

All in all, 2018 is shaping up to be one grim year for the Radeon Technologies Group. Prefaced by the loss of Raja Koduri as its leader late last year and rounded off by this extremely frustrating roadmap to start the year. As things stand today it appears that the few options that high-end desktop gamers currently have will become even fewer. And quite bluntly, of the fewer high-end options that the market will be limited to in 2018, none will involve Radeon.