The first engineering sample of AMD's Raven Ridge APUs has leaked out over at the SiSoftware Database. The new listing confirms several key details that we have been hearing for months along with specifications of the desktop based AM4 processor.

While Raven Ridge is still far away from hitting store shelves, there are some details that we know about the next-generation of accelerated processing units. AMD will be using the same Ryzen branding for the Raven Ridge APUs which is interesting. AMD will also feature Ryzen branding across their various mobile and desktop based CPUs along with APUs. This includes the current Ryzen 7, Ryzen 5 and the upcoming Ryzen 3, Ryzen Mobile and Raven Ridge processors. 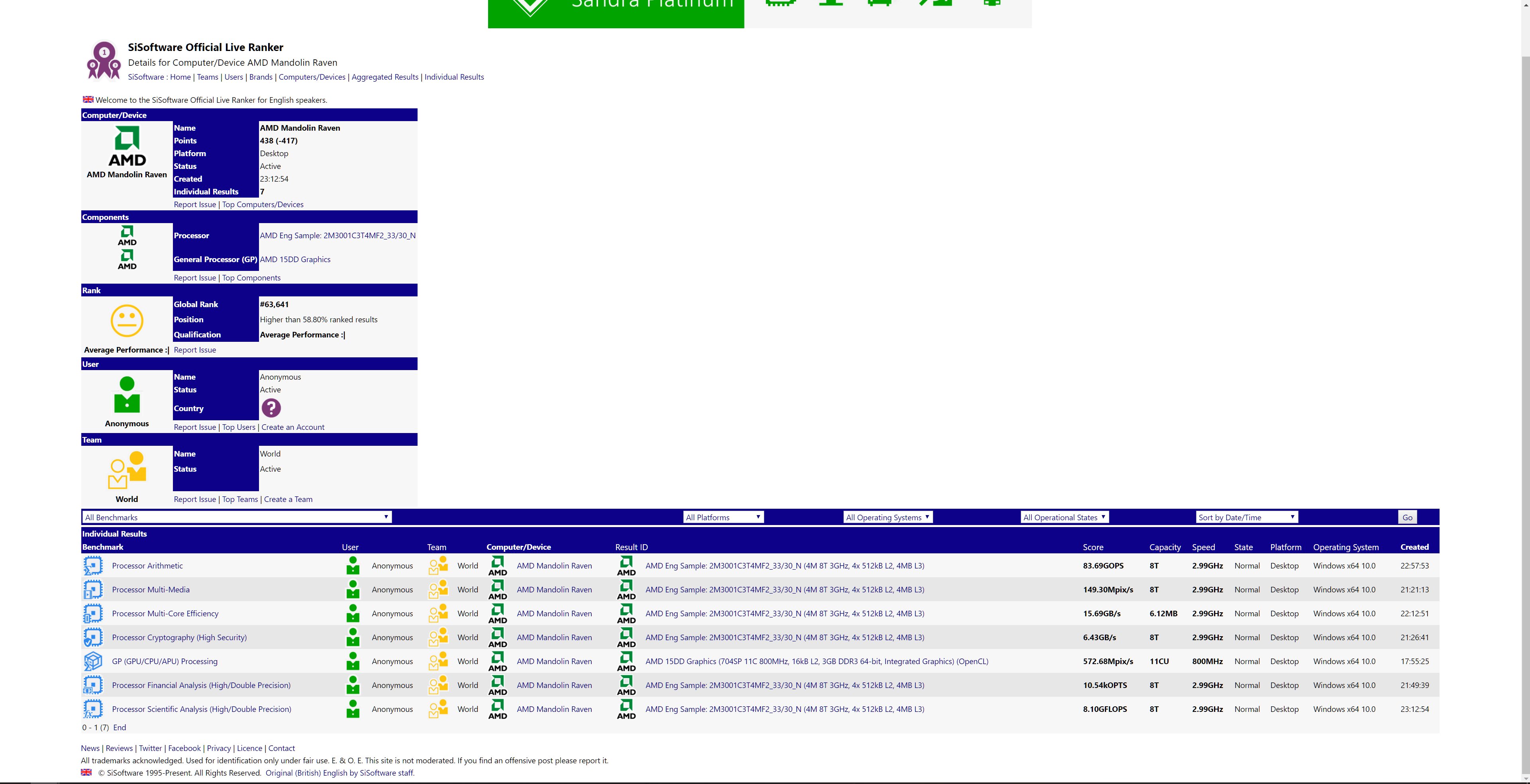 As for details, AMD Raven Ridge APUs will be a big upgrade over the older Excavator and Steamroller part list which have existed for some time now. The main upgrades will come in the form of Zen cores that deliver increased IPC and efficiency along with newer graphics cores that are suggested to feature similar enhancements as AMD's Vega class GPUs. Details of one specific Raven Ridge SKU have leaked out so lets check out what this engineering sample packs under its hood.

The listing over at SiSoftware reveals that the chip is codenamed "AMD Mandolin Raven". The chip is part of a desktop based platform and bears the sample id of "2M3001C3T4MF2_33/30_N". The chip will be using the new AMD 15DD graphics processor that will be integrated within the same die. The chip is based on the Zen core architecture and features a total of 4 cores, 8 threads. The base clock speed is maintained at 3.0 GHz while the maximum boost clock speed is 3.3 GHz. Keep in mind that these are early engineering samples so that's one reason why these clocks are not final. 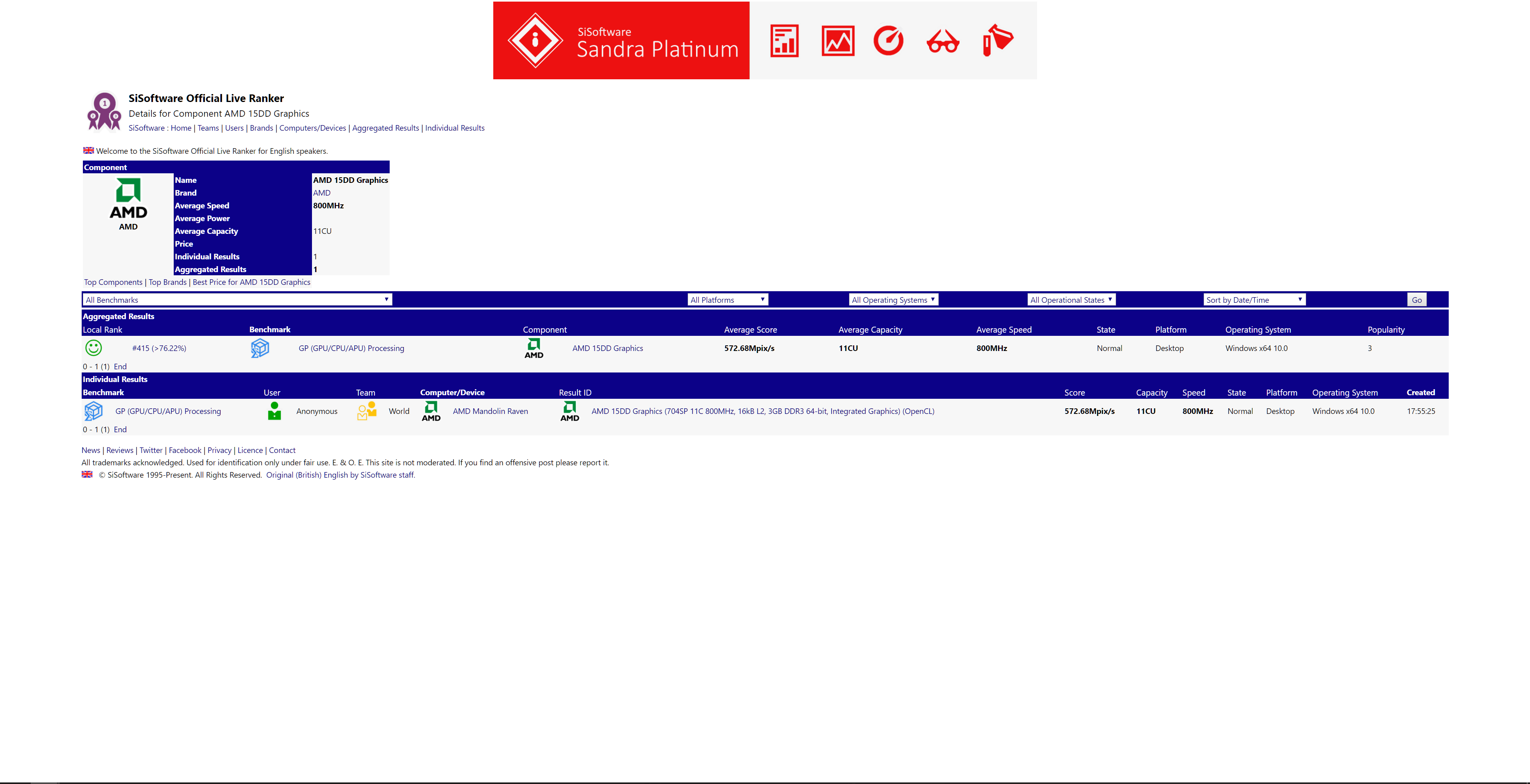 The chip features 2 MB of L2 cache and 4 MB of L3 cache. As for graphics, the new core features 11 CUs or Compute Units. Considering that AMD's CU design has till now packed a total of 64 stream processors per CU, the total core count will be 704 stream processors. The graphics chip is clocked at 800 MHz. The chip scores around 572.68 Mpix/s which is a good score so we can guess that a new architecture is involved. There have been many indications that Raven Ridge chips will pack the same graphics uArch as AMD's Vega GPUs. 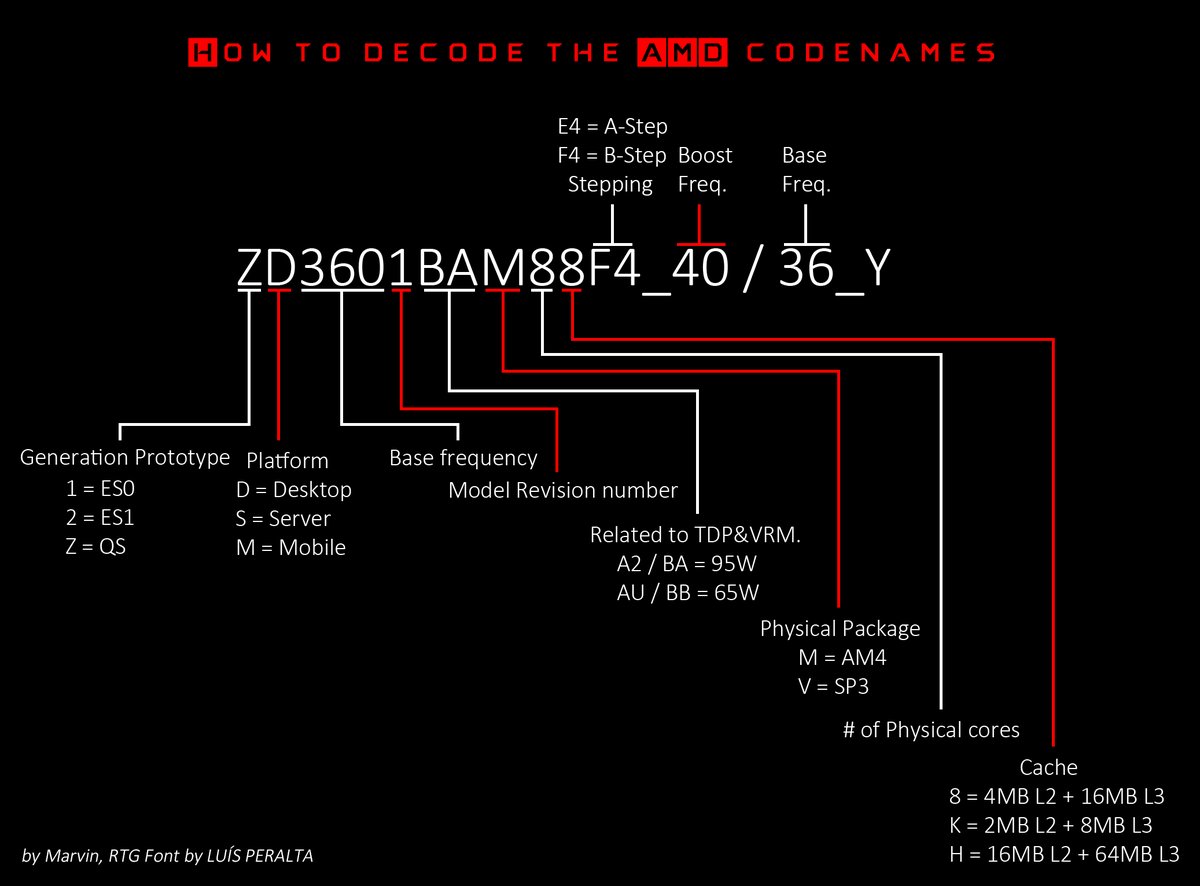 Coming back to the "2M3001C3T4MF2_33/30_N" naming, we can get a lot of hints about the chip itself. First up, the "2" means that this is a ES1 prototype and is close to qualification sampling, although it will still take a few months. The "M" moniker states that this is allegedly a mobile chip but that's not true as we dig into the code deeper. The SiSoftware listing clearly mentions that the chip is part of the desktop platform. The "300" number indicates the base clock which is set at 3.0 GHz. "1" is the model revision number while C3 is related to the TDP and VRM of the APU design. We are probably looking at a sub-65W design here.

The "T" is a new denotation for the total number of cache while the "4" stands for total number of cores on the APU. The "M" moniker right after it confirms that the physical package for this chip was AM4 and not SP3 (Server). This further solidifies our thinking that the chip is actually part of the desktop platform. Finally, we have the "F2" stepping while boost and base clocks are listed next. Surprisingly, this leak does confirms a previously shown roadmap where the core count and GPU details were revealed.

AMD has already confirmed that Ryzen 3 processors will be shipping in the second half of 2017 whereas the Ryzen mobility chips will ship in the holiday season. The same time frame was stated for Raven Ridge APUs so we can expect a lot of action from AMD in the months ahead. For more details on Raven Ridge and Pinnacle Ridge processors, do visit our post here.