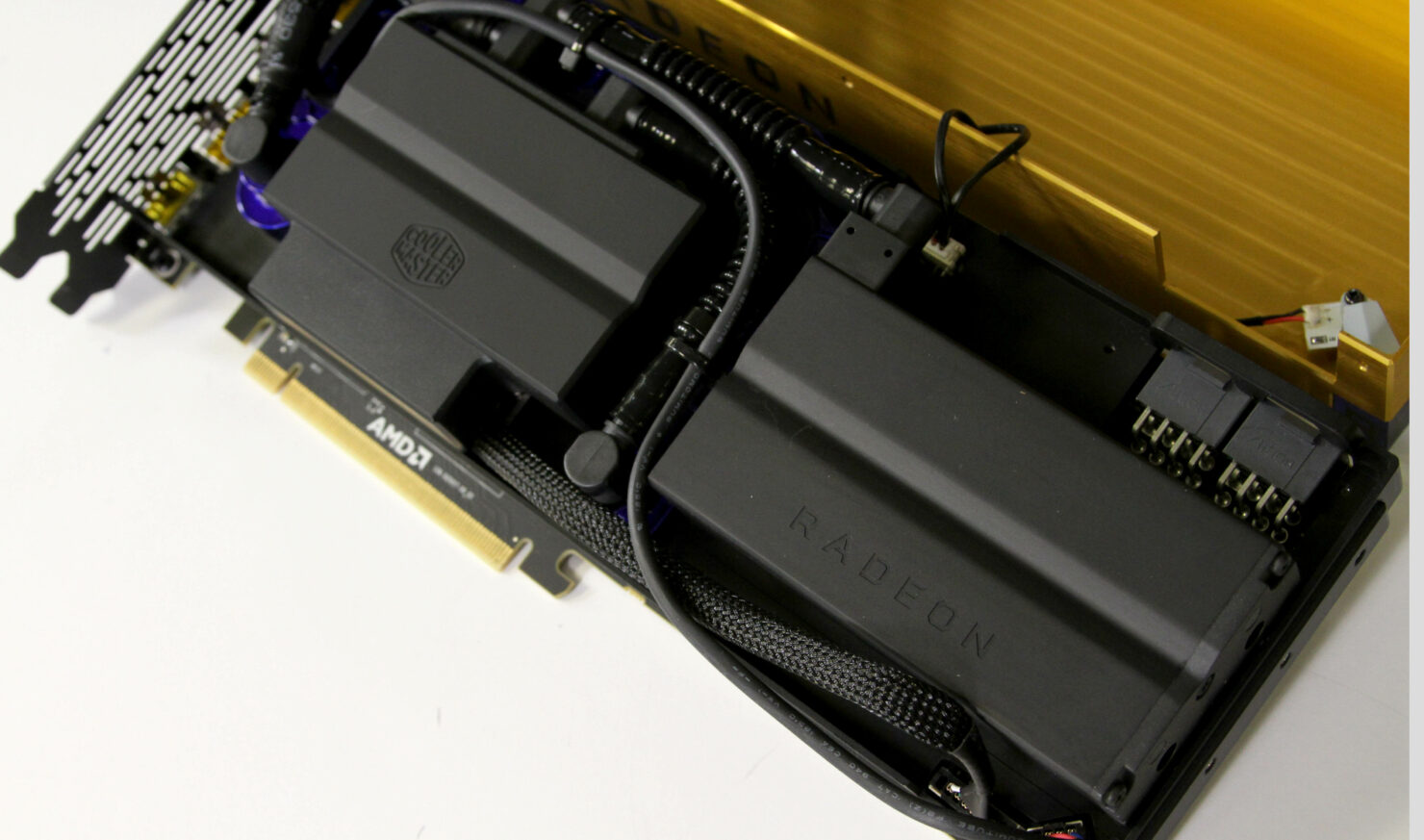 Last month, PC Perspective did extensive testing of the air cooled Radeon Vega Frontier Edition graphics card. AMD revised the pricing at the very last moment and toned it down to just $999 from $1200 US for the air cooled variant and $1500 from $1800 US for the liquid cooled model. These graphics cards are now officially available and not being seeded to media for a few specific reasons.

Since these are not entirely gaming or general consumer focused cards, it does make sense. These cards are semi-consumer, semi-pro variants designed for the high-end workstation user base and don't generally fall in the same league as the latest TITAN series from NVIDIA. That does not stop media from purchasing the card after they have been released and PC Perspective have done the same, once again. 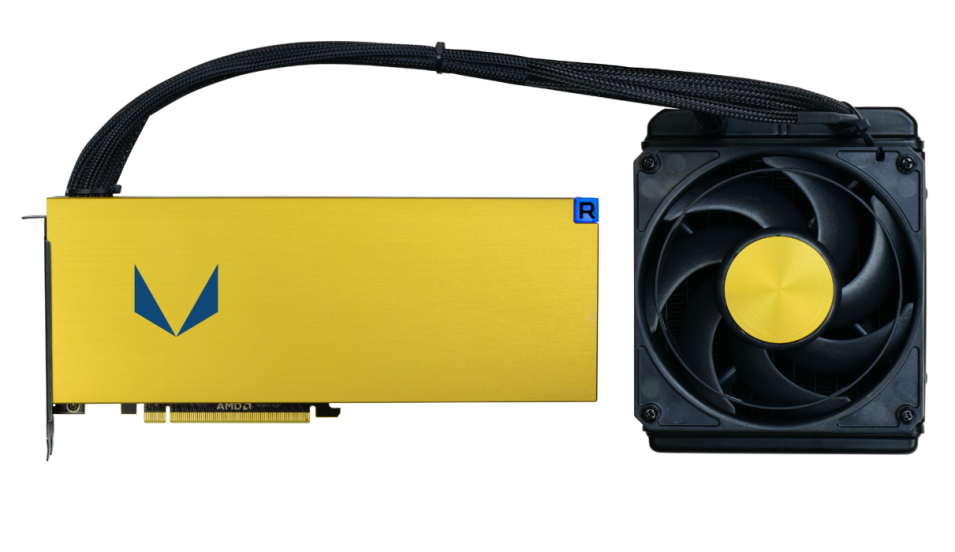 Coming to the specifications, the card features 64 NCUs (Next Generation Compute Units) that include a total of 4096 stream processors. There's additionally 16 GB of HBM2 memory that outputs 484 GB/s of bandwidth along a 2048-bit bus interface. The card delivers the same compute performance of the air cooled variant with peak single precision rated at 13 TFLOPs and half-precision rated 25 TFLOPs.

In terms of design, the card is really well built. Featuring a dual slot shroud with golden color theme that covers the PCB underneath it, the card has a very complex liquid cooler underneath it. The top of the card has the Vega logo and a boxed LED at the rear corner which emits blue light. The back of the card features a nice backplate along with a GPU Tach controller that lets you change the color of LEDs near the power connectors. These LEDs show the total load on the GPU and indicate it on eight different LEDs. 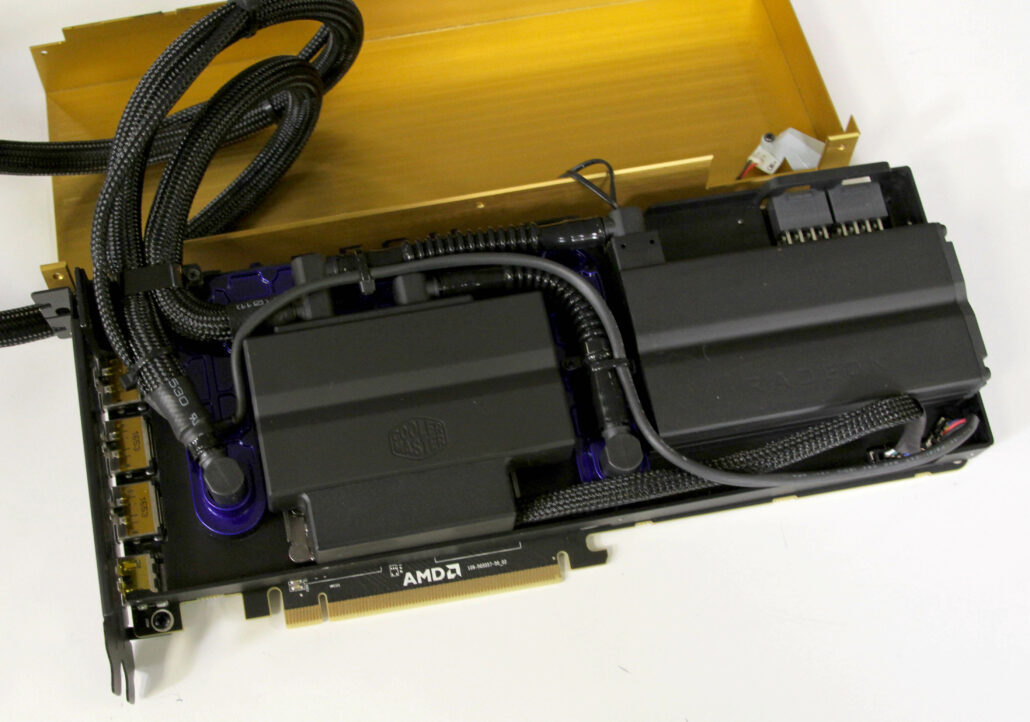 The 120mm radiator has tubing leading to a large cooling pump underneath the shroud. The whole cooling system is developed and manufactured by Cooler Master who also did a great job on the AMD Pro Duo. There are two individual pumps that cool the GPU/HBM2 and the power delivery system. The liquid cooler produces less noise than a Radeon R9 Fury X which is nice to know. The liquid cooled model ships with a TDP of 375W which is 75W higher than the air cooled variant but will operate at much faster speeds due to the extra cooling.

We know that the air cooled model throttles a lot and that is one reason the liquid cooled variant ships with higher TDPs and beefier cooling. The Radeon Vega Frontier Edition liquid cooled model was tested at both 300W and 350W power levels which can be set through a switch on the card. Only at 350W and liquid cooling is the card able to hit 1600 MHz for a great amount of time and with occasional spikes to 1528 MHz. With 300W, the card hits between 1528 MHz and 1440 MHz which is still better than the air cooled model which hit clocks between 1440 MHz and 1348 MHz at most.

The stock solution was 1-2% better than the air cooled model but when overclocked with a TDP setting of 350W, the card reached 1712 MHz with occasional throttles down to 1637 MHz which is still higher than the stock 1600 MHz. This achieved a 13-15% better performance at 4K resolution but resulted in a peak power draw of 440W which is crazy! The GeForce GTX 1080 on average consumed 180W of power. 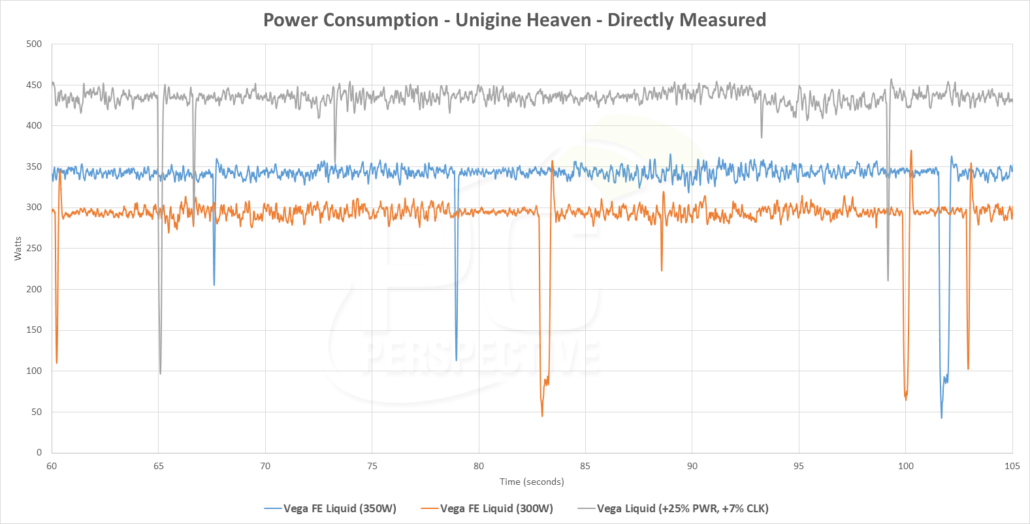 The difference is huge as the Vega Frontier Edition Liquid Cooled only manages to compete against the GTX 1080 with the rated power draw.

This might sound crazy but it also shows that Vega is now comparable to a GeForce GTX 1080 whereas it was a GTX 1070 levels in previous tests from many review sources. That means that AMD may have a competitive card planned against NVIDIA's last year's Pascal cards but they may have to price it right like Radeon RX 400 and 500 series cards.