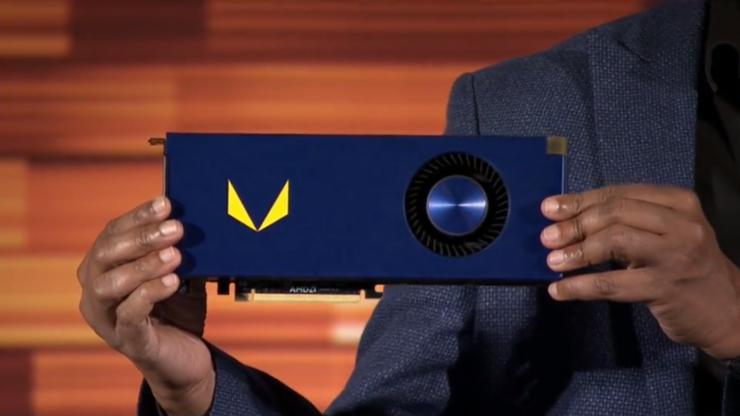 Compubench scores of the AMD Radeon Vega Frontier Edition have leaked out (via Videocardz.com via Miklos) and show that the graphics card has reached the end of its development phase and is currently clocked at a very decent clock rate of 1600 MHz. The RX Vega FE graphics card has already been shown off by AMD and is going to be the reference edition of the upcoming Vega family.

While this leak is legitimate, please keep in mind that Compubench is a very bad indicator of relative performance since its prone to severe driver compatibility issues. In fact, the scores shown over here of the Vega FE, are actually lower than that of the R9 Fury X graphics card. The one important thing that is confirmed with this leak however, is that the graphics card will be clocked at 1600 MHz. Basic maths tells us (Clock Rate * 2 * Core Count) that the RX Vega FE will be able to output peak performance of roughly 13.1 TFLOPs at these clock speeds, all the while staying within 250W, which is very impressive. 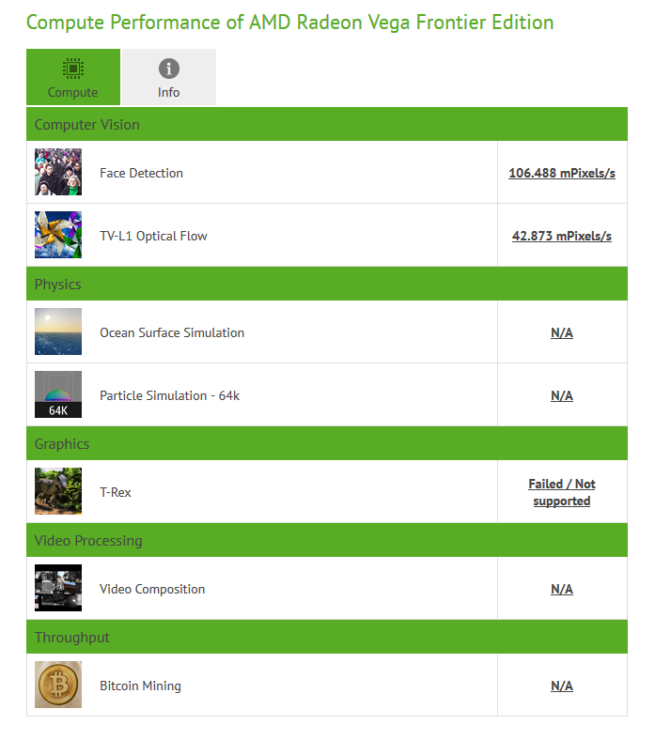 The RX Vega GPU is stated as being manufactured on the 14nm FinFET node which means you are looking at primarily GlobalFoundries based chips here (with Samsung based chips as required under the amended WSA). It will be shipping with 16GB of HBM memory (type unknown at this point, but it should be HBM2), with 2048-bit bus width.

The Compubench software seems to have detected the card as having 4GB of memory which is either a mistake (very likely) or its indicative of a lower specced variant. The performance shown would put it ideally in the spot of a cut-Vega, if true. Considering the unreliability of this benchmark and its scores however, it is impossible to say whether the low score results from lack of software support or is actually legitimate and indicates the smaller variant of RX Vega.

In fact, we have previously spotted results which were much more within expectation. The 687F:C1 prototype has also been benchmarked with the same suite (with much more realistic results). While the last time we spotted it, it was clocked at 1200 MHz, it still showed an incredible amount of performance and we recently found it undergoing testing along with Ryzen 7 1800X and 1700X processors and have the TimeSpy benchmarks to show for it. Keep in mind that if this is the performance you can expect from 1200 MHz clock speed, a variant that is clocked at 1600 MHz should be significantly more powerful (theoretically an increase upwards of 33%). 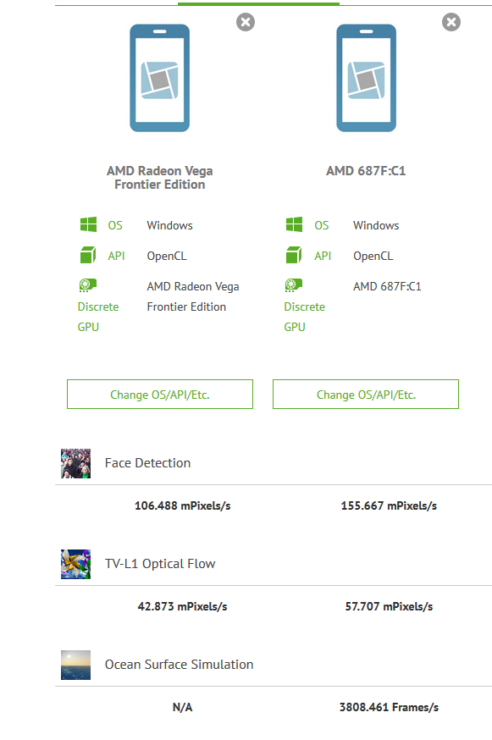 As you can see, the 687F:C1 variant clocked at 1200 MHz obliterates the apparently higher clocked RX Vega Frontier Edition. That makes it very likely that we are looking at a colossal miss-read by Compubench due to some driver related issue. I looked up the 687F:C1 variant in 3DMark databases recently and was able to get a few hits from last month. Apparently someone has been testing the 1200MHz prototype with AMD Ryzen 7 processors. Here are the benchmarks of this same prototype just for fun.

As we can see the low clocked Vega prototype manages to hold its own against the AMD Fury X series and while it does not represent the final performance of Vega Frontier Edition, it serves as a good reference point to get an idea from (simply raise performance by roughly 30%). To sum it all up, today's leak reveals that FE will be clocked at 1600 MHz, and will have compute performance of 13.1 TFLOPs.