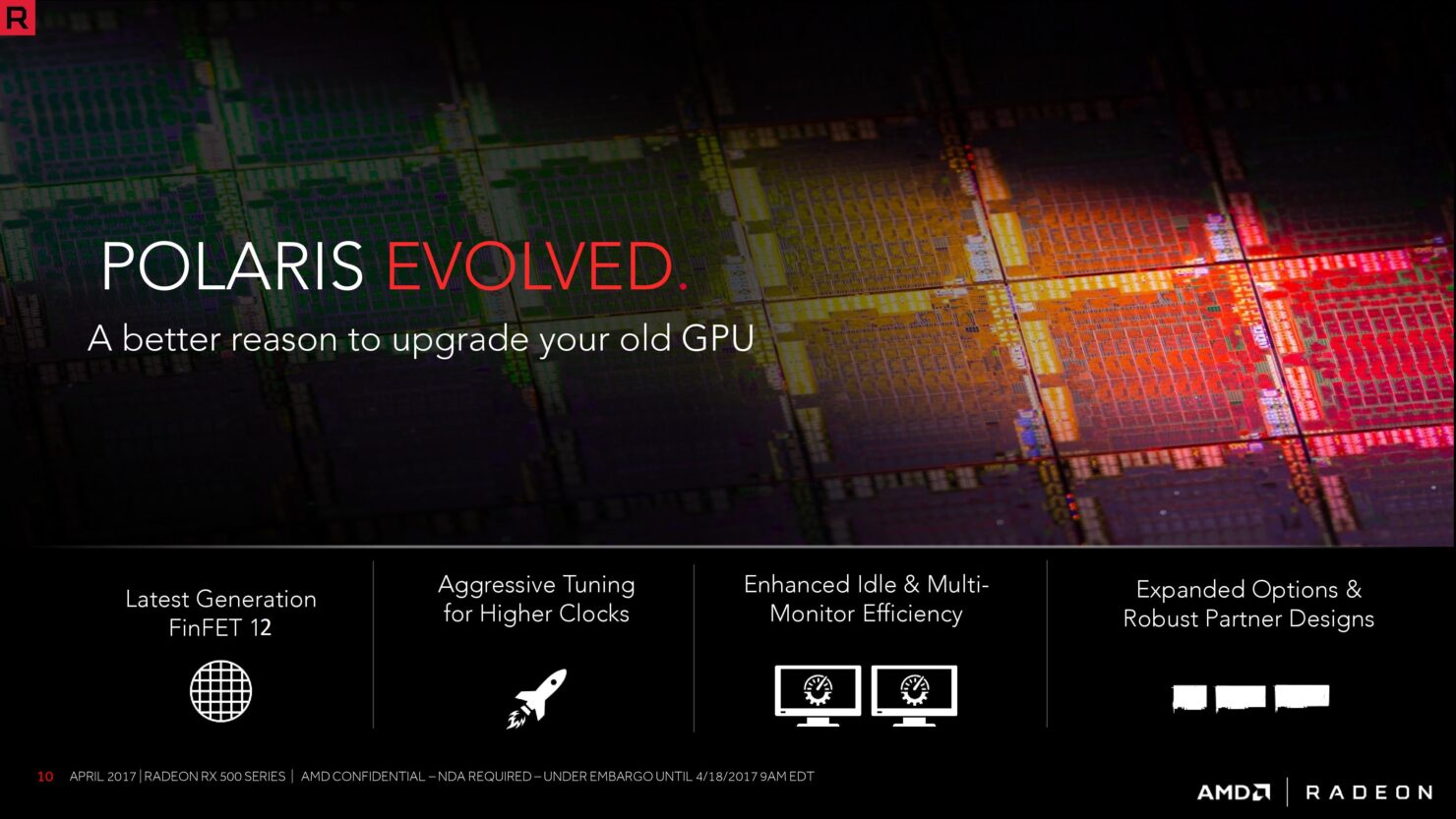 While the custom models of the AMD Radeon RX 590 have started leaking out, we still aren't sure about what the clock speeds of the upcoming, 12nm FinFET, Polaris refresh GPUs would be like. It looks like clock speeds of two models, both that use a factory overclock, have been leaked by Tum Apisak.

Recapping the specifications for those who missed out our previous article, the AMD Polaris 30 GPU will be based on the 12nm process node. It’s not known whether AMD will be relying on the Global Foundries 12nm process or the much advanced TSMC 12nm node which is being used to make the NVIDIA Turing GPUs. Considering that Polaris GPUs have been featuring a FinFET process design from Glofo, it won’t be a surprise if AMD ends up using them for 12nm too.

In terms of specs, the AMD Polaris 30 GPU would feature 2304 Stream processors, 144 TMUs and 32 ROPs. The VRAM includes the same 8 GB GDDR5 design, clocked at 8000 MHz across a 256-bit bus. Most of the performance benefits would come from the architecture tuning that is achieved with the 12nm die shrink but doesn’t expect it to be a lot. The card is expected to hit the pricing around $250-$300 US.

Now coming to the models, both PowerColor and XFX would be launching their custom models. PowerColor's Radeon RX 590 Red Devil was already leaked a while ago by Videocardz. The model would be clocked at 1576 MHz out of the box while the XFX Radeon RX 590 custom model would be clocked slightly higher at 1580 MHz. At the same time, two differently clocked cards from the same brands were reported which ran at 1645 MHz and 1680 MHz, respectively.

It is not known right now whether these are the higher clocked cards which will be available on retail or these cards have been overclocked manually. In case of the former, we can expect even higher clocks beyond 1700 MHz with manual overclocks. This would prove to deliver much better performance compared to Radeon RX 480 and Radeon RX 470 graphics cards if the pricing is set right.

In terms of performance, the graphics card scored 7350 points in the 3DMark Firestrike Extreme GPU benchmark. This is a good bit ahead of the GeForce GTX 1060 6 GB reference model which can make it a worthy entrant in the mainstream market. The card also exceeds the 3DMark GPU performance of the Radeon R9 Fury X which was the flagship model just a few years ago. We will definitely keep you up to date with more information on the Radeon RX 590 as it comes by.