AMD Radeon R9 Nano - A Glance At The Specifications

The 1000 MHz clock speed for the Radeon R9 Nano is quite impressive indeed as this package as a whole is 175 Watts that is 100W less than the Radeon R9 Fury X (275W). The Radeon R9 Nano is designed to feature greater performance efficiency numbers compared to both Radeon R9 290X and the Radeon R9 Fury X which it achieve with ease. Now here’s the scene, the Radeon R9 Nano has a total board power that is limited to 175W, pumped through a single 8-Pin connector. The GPU isn’t necessarily working at 1000 MHz all the time, the core clock can be optimized based on the needs of applications and games. The card may never clock up to 1000 MHz and during gaming, the card will be clocked around 850 - 900 MHz. In GPU burner applications such as Furmark, the card will be down clocked to 650-700 MHz. The card will be operating at 75C at typical load and throttle down when the GPU temps hit 85C which is the thermal threshold for the card. The 175W is also the typical board power and the GPU gets more power based on its needs.

The Radeon R9 Nano has been officially reviewed by tech sites and you can view them in the links below for yourself:

The final performance results indicate that while the card is in fact the fastest Small Form Factor graphics card on the planet, it doesn't beats the Radeon R9 Fury (Fiji Pro) in 4K or 2K gaming performance. Based on the full Fiji XT core, it was expected that the card would be faster than the Radeon R9 Fury but turns out the lower GPU clock speeds which are dynamically adjusted due to the thermal and power input loads means that we will see a average operating frequency around 850-950 MHz compared to 1050 MHz on the Fury X and 1000 MHz on the Fury Pro. The other cards also feature beefy designs and better coolers due to which they can adjust with higher load temperatures and clock frequencies and something that a Radeon R9 Nano just can't do due to its design and power constraint build. The performance of the Radeon R9 Nano falls around 5% slower than the Radeon R9 Fury (Fiji Pro) which retails for $549 US while going about 10% faster than the GeForce GTX 980 on average. The GeForce GTX 980 retails for $499 US with the card getting retailer specific price cuts down to $449 US while the Radeon R9 Fury X and Fury are selling for prices far beyond their original MSRPs due to low supply and even used cards are selling at $649 US which is the reference price for the Fury X as reported.

The Radeon R9 Nano with a cost of $649 US is going to be a really difficult choice when faster solutions are already available in the same price range from AMD themselves. Nevertheless, you can see some benchmarks of the card from various sites below:

After the Radeon R9 Fury X which sparked a revolution in graphics card designs, the Radeon R9 Nano takes a step forward to become the fastest and also the smallest enthusiast grade graphics card ever build.The Nano sticks to the Fury X theme with its silver and black color scheme. The large Radeon logo is engraved in red on the front of the shroud. The card comes with a metallic frame while the shroud has the same dot pattern on it. Compared to the rubber surface of the Fury X, the R9 Nano sticks to a metal shroud with fully brushed aluminum finish. The card features a tiny heatsink (by GPU standards) and a lone, 92mm, single axial fan. Unlike the Fury X, the top surface cannot be removed for modification. The card is in fact 40% smaller than the Radeon R9 290X graphics card and has a 6" total board size.

On the back of the shroud, we can see a single 8-Pin connector that powers the card and surrounded by a metal frame. The card has a 175W TDP and can use additional power when needed to deliver faster GPU performance. On the side, we see a nice Radeon logo but it doesn’t lit up like the Fury X since there was not enough room left to house the necessary LEDs. A cut out design can be seen that is used to regulate the air flow out of the shroud which will help when using multiple cards in CrossFire configuration. Right in the middle is a BIOS switch for the card. Display outputs on the card include three Display Port outputs and a single HDMI connector. The front bracket has large exhaust vents to blow the air out of the chassis. Under operation, the card makes 42 dBA noise which is 16 dBA lower than the R9 290X.

The Radeon R9 Nano doesn’t come with a backplate so the circuitry can be seen on the back of the PCB.  The card is even smaller than the Sapphire Mini-ITX compact and a large amount of power circuitry can be found housed right beneath the Fiji GPU core. A large metallic retention bracket holds the cooler in its place fron the bottom. The heatsink is a large aluminum fin array block that is equipped with a dual vapor chamber block and dense aluminum heatpipes that make their way to a large copper block that makes direct contact with a large copper based heatsink block. The new heatsink block is far more efficient at cooling than the Radeon R9 290X block, so much that it provides 20 degrees lower temperature than the Hawaii based offering.

The Radeon R9 Nano’s PCB is as small as it can get. The PCB packs a 4 phase power design that is featured right next to the GPU. The layout has been kept simple and more emphasis should be given to stability of the card so it runs properly in all gaming loads.

The trend of Mini-ITX PCs has risen up a lot in the recent years. With more and more small hardware coming in the market that packs a lot of punch, users have opted to build PCs that are small but pack a lot of performance that is on par with enthusiast grade rigs. Now both PC types have their place in the market, my own personal preference is to stick with big E-ATX cases that show the brute nature of my PC hardware but the ITX PCs have their own place in the market now. A Mini-ITX board measures at 6.7x6.7 inches and the R9 Nano is a perfect piece of hardware for such PCs that have limited space. There are many Mini-ITX case options and AMD has shown just a few examples to show the uniqueness of ITX setups with their Radeon R9 Nano graphics cards.

You heard that right, the Radeon R9 Nano will have the same price as the Radeon R9 Fury X, selling at $649 US. AMD is using the full Fiji GPU rather than using leftover Fiji chips like they use on the Radeon R9 Fury so a price increase is expected. But the $649 US can be a little bit steep for a Mini-ITX card. Sure the Radeon R9 Nano can crunch up some really good numbers but the price to performance ratio of this card doesn't seem to be aimed at the users under the $400 market which include the GTX 970, R9 290X, R9 390. Even the GeForce GTX 980 is priced $150 US (even more when taking in account retailer specific price cuts on GeForce cards) less while the R9 390X and R9 Fury (overclocked models) retail for $100 to $220 US lesser. The Radeon R9 Nano comes with performance slightly within the range of the Radeon R9 Fury but not close to the Radeon R9 Fury X which is clocked higher and has higher thermal thresholds so clock rate remains more stable. The Radeon R9 Nano can be seen as an premium grade offering rather than being a highly competitive solution that aims to attract the premium Mini-ITX market. The other solutions tested in the charts above are still great options for budget level builders on ITX platforms. 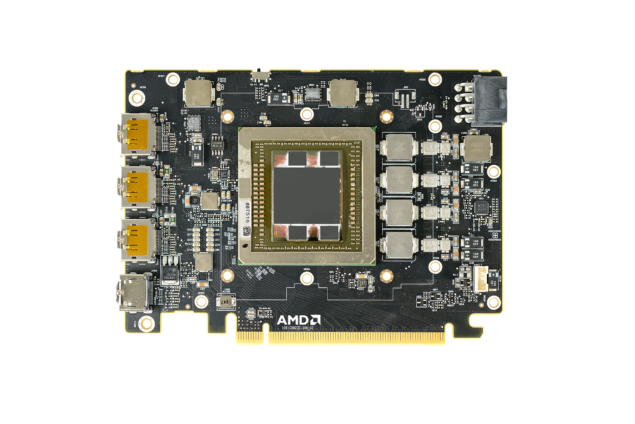