AMD is working on their upcoming lineup of Graphic Cards and the R7 300 series is among the first series to  begin AIB seeding (that we have received confirmation of). AIB channels are getting seeded with the R7 300 GPUs as I write this, and while that is the only lineup we have received confirmation of, last week's 380X leak implies that its not just the R7 series that has begun AIB seeding. AMD's flagship launch grows ever closer and the hype towards it has been building up for quite a long time.

There is so far no conclusive word on AMD's next generation lineup. All the AIBs in contact with us have stated that the "information keeps on changing". However, we do have confirmation of the R7 300 series seeding - along with the R8 Series if you consider the leak as accurate. The card leaked in specific is the ASUS STRIX Radeon R7 360X which will be featuring the Tobago graphics core and features 2 GB of GDDR5 memory.While we know the probable codename of the GPU, we do not have any confirmation on whether the card is a rebrand or a new core. 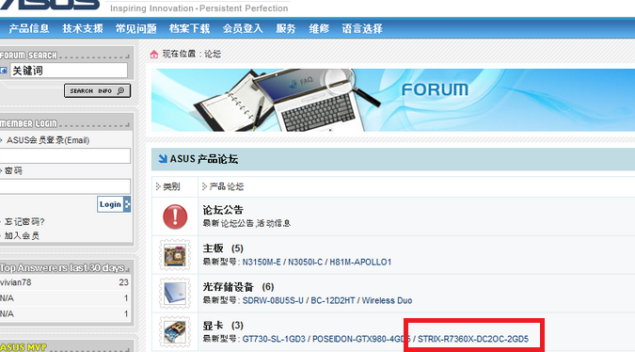 A couple of AMD codenames were leaked recently and while most of them were locked to a specific AMD product, some weren't. The Tobago codename is the probable codename of the R7 360X GPU and we have information that suggests it will be a completely new core. If not, then it will probably be a rebranded die - although once again the exact specifications remain unknown. In the case of a new die, it will most probably a more efficient, better binned revision. Here is a recap of the leaked codenames:

Now that AIB channel seeding has begun, the purported launch date of the AMD next generation lineup (Computex 2015) starts to make quite a bit of sense. The  most interesting card, and the one which will have all eyes on it will be the Fiji XT flagship of course. There was some chatter in the supply chain that AMD might be considering changing the nomenclature of the highest end products completely - but so far we have zero authentication on it, so take that at face value and almost certainly as a rumor. We will keep you posted if we learn anything more about the leaked codenames.