Update #1: The E suffix stands for 'Expert' as can be seen on this Amazon listing here. This seems to be shaping up to a professional card.

AMD is planing a grand reveal on the 23rd of August and while this is probably where the Tonga GPU will be launched, some more interesting information is beginning to crop up on Hermitage Akihabara. A new AMD GPU was spotted codenamed the Radeon R7 250X-E 1GB. Now the R7 250X is based on the Cape Vede XT Core with a TDP of 95W so I find it very interesting that they have added an 'E' suffix at the end. 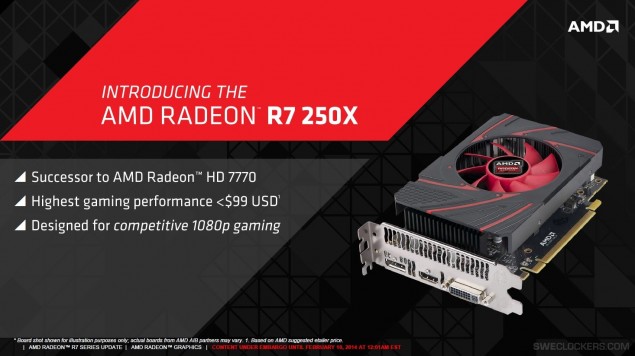 Now the R7 250X has a clock speed of exactly 1 Ghz and a memory clock of 4500 Mhz, the same specs that the Radeon R7 250XE boasts. Now before we delve into this matter further, I want to point something out. Some very similarly named products are available on the internet, namely the "VTX 3D R7 250 X-Edition" and the "VTX3D R7250X X-Edition".  The SKU codes are VXR7 250 1GBD5-HXE and VXR7 250 1GBD5-HE respectively but these are not the same thing as this GPU. Where the VTX counterpart is named" R7 250X X-Edition" this GPU is named "R7250X-E". Slightly confusing, I know, but if you take a moment to look at it, it should become clear.

So what exactly does a Radeon R7 250XE GPU mean? As to that, I am not really sure. Take a look at the picture above that Hermitage Akihabara posted. Those are the facts; the following is educated speculation on my part. In my opinion I think only two things can warrant an R7 250XE or the addition of the "E" suffix. Most probably we are looking at a version with lowered TDP and a better revision. The second possibility (less probable) is that we are looking at the AMD's attempt to pull a 750/750 Ti. Meaning Same nomenclature but different core, possibly some variant of the Tonga GPU. We know that the Tonga XT and Tonga PRO are probably launching on the 23rd of August so there is a slight possibility that this is actually a cut down variant of the same chip. Lastly ofcourse, there is the chance that this is nothing.

We have already told you before that the Tonga GPU will launch in September and even mentioned the word on the specifications of the same, but there is still something that doesn't add up about the August 23rd event. They mention their entire historical timeline yet are only going to reveal entry level and mid end cards while at the same time Nvidia is revealing the GTX 880 ? I have a hunch that AMD might just have managed to sneak one past us pubs (a feat never been done before) and surprise us all in the event. At any rate we will be on the lookout for more information on this Radeon R7 250XE GPU. 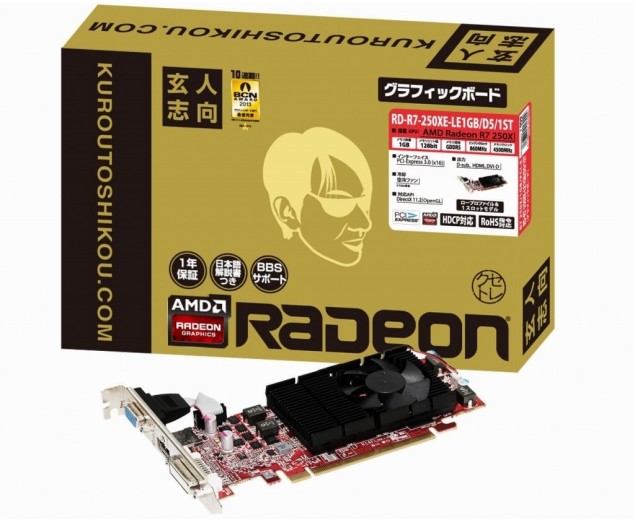 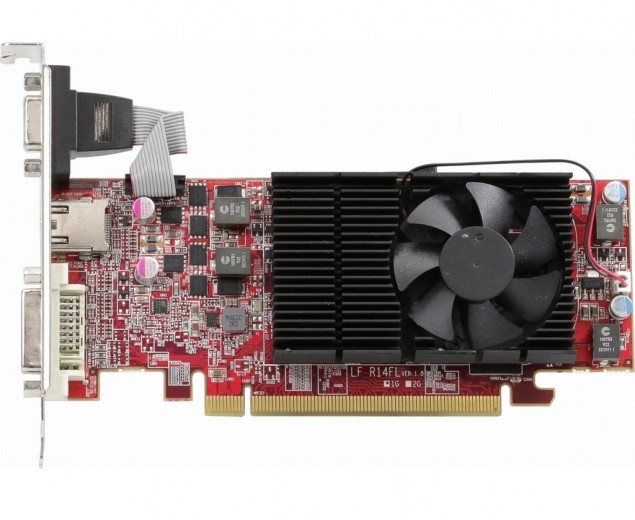