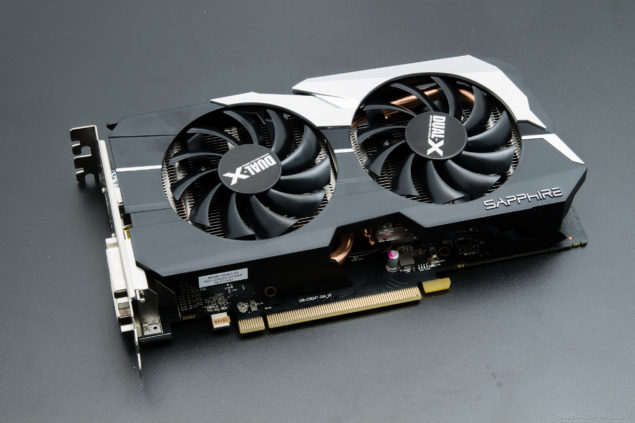 AMD is expected to launch their latest Bonaire chip based Radeon HD 7790 GPU this month. Although, the specs were confirmed a while ago, an error in the GPU-z version gave a faulty representation of the total SP count with in the new GPU, thanks to a leak from GDM.or.jp we know have confirmed specifications of the Radeon HD 7790. 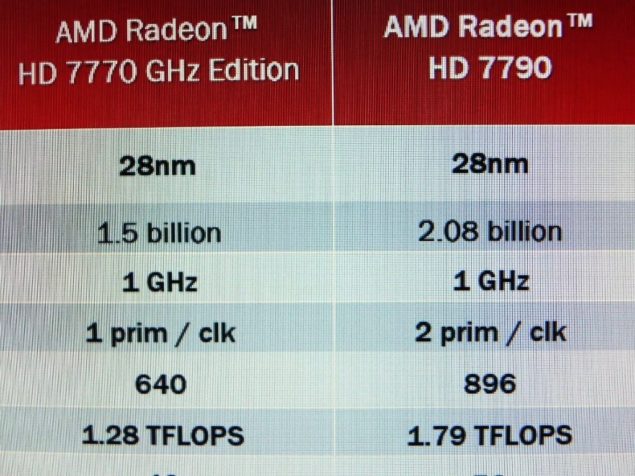 The AMD Radeon HD 7790 is based on the 28nm Bonaire GPU which is presumably a next generation chip which would also arrive under the HD 8000 "Sea Islands" brand in Q4 2013 in the entry level cards such as HD 8700 series. Atleast that's what expected as per a previous codename leak. The Bonaire chip compared to Cape Verde (1.5 Billion_ comes with 2.08 Billion transistors and 2 prim per clock. The Bonaire core packs 896 stream cores and isn't known whether this is a fully enabled version of the chip itself. The Radeon HD 7790 pumps a single precision performance of 1.79 TFlops and is clocked at 1 GHz at the core. The card would ship with 1 to 2 GB of memory  clocked 6 GHz effective frequency along a 128-bit memory.

TDP is rated at 85W and the card is supplied power through a single 6-Pin connector. Display outputs include  Dual Link DVI, HDMI and a display port. The card would be available at a sub $200 price range and would go ahead the GTX 660 SE/ GTX 650 Ti Boost GPU from NVIDIA which also arrives around this month. An Overclocked variant of the Radeon HD 7790 with 1075 MHz core and 6400 MHz memory clock has already been pictured and tested by the folks at Sweclockers which we reported here. The HD 7790 arrives tomorrow in both reference and overclocked flavors.