AMD is planning to bring big competition in the mainstream and budget segment with their Navi 'Radeon RX' GPUs based on a report by PCGamesN. The report is based on a recent listing in the Mesa 3D GPU library which has tagged the addition of PCI IDs for two upcoming Navi GPUs, Navi 12 and Navi 14 as 'trivial and urgent'.

The source reports that AMD's open-source guru, Marek Olsak, has termed the addition of PCI IDs for both unreleased Navi GPUs very urgent and if that is to go by anything, that means that we will see the support added by the next Mesa update which is version 19.2 which just recently landed. It looks like if AMD is planning to drop in support for this specific version then the launch of Radeon RX graphics cards based on the Navi 12 and Navi 14 GPUs may not be that far away. And since the new update (version 19.3) doesn't land till 15th October, it only shows that the new Navi based line will be available before that. 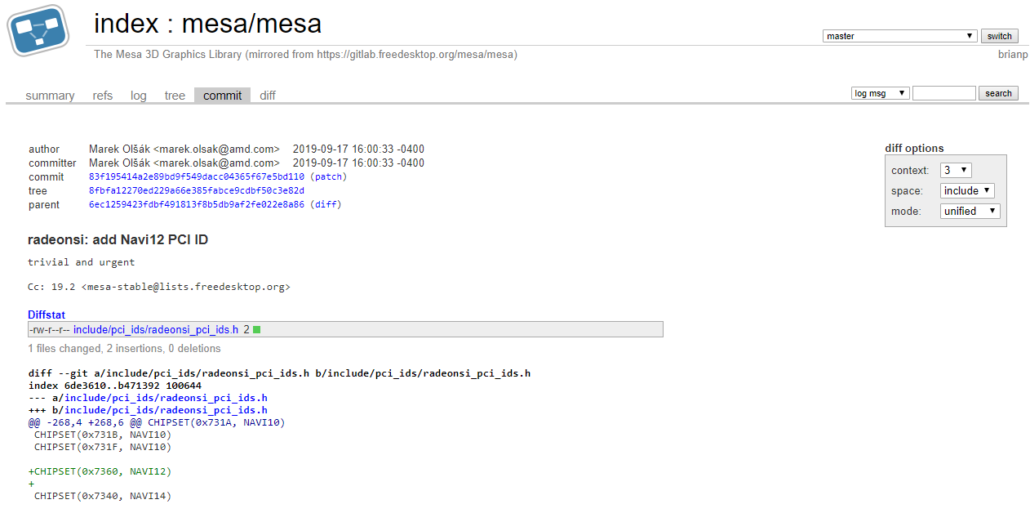 So while we have an estimated time of launch for the new GPUs, we still don't have concrete info regarding their specifications. The Navi 12 and Navi 14 GPUs have definitely seen their fair share of leaks for both performance and specifications but we couldn't base anything concrete off them.

The Navi 14 GPU has made multiple appearances on the Compubench benchmark database in several different flavors. There are at least three variants which feature 3 GB '7340:CF', 4 GB '7340: C1' and 8 GB '7341:00' VRAM. These variants showed different performance metrics with the 3 GB variant falling on-par with the Radeon RX 570 and the other two outpacing the Polaris cards by a slight margin. These variants were still very early engineering samples and there is still room for improvement to be seen in the final variants. Other specifications include 1536 stream processors with 24 CUs and clock speeds of up to 1900 MHz. 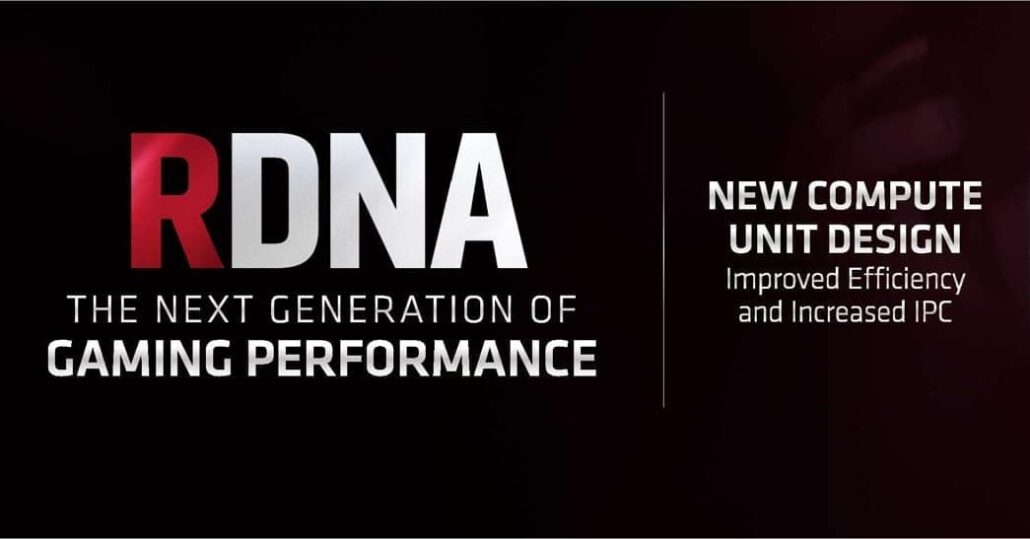 What’s surprising about all three variants is that they have the same core config of 24 CUs, but have vastly different VRAM designs. It is possible that AMD can replace all three of their existing Polaris cards, the RX 570, RX 580 and RX 590 with these Navi 14 based products, but they would have to compete fairly against their own Polaris cards which are currently available at dirt-cheap rates given the year-round price cuts and discounts from several retailers.

Just for comparison's sake, the Radeon RX 570 has several custom variants listed for $130-$140 US at Newegg while the RX 580 has several variants listed for $180-$190 US. You can even find some Radeon RX 590 models for $200 US which is a fantastic price compared to what the card launched at. To undercut these Polaris models, the Navi 14 based lineup would have to be priced very aggressively or offer much better performance to make them a solid deal for mainstream users. One thing to note is that the Navi 14 GPUs will definitely offer higher performance per watt compared to the Polaris outings due to the new 7nm based efficiency leverage.

AMD’s CEO, Lisa Su, already hinted at new RDNA 7nm launches in the coming quarters so we should expect to hear more from them soon.

“Hans, you asked the good product questions, I would say they are coming. You should expect that our execution on those are on track and we have a rich 7-nanometer portfolio beyond the products that we have currently announced in the upcoming quarters.”

For the Navi 12 GPU, we don't have many details and we can't pinpoint whether it is also an entry-tier chip or something that falls between the Navi 14 and Navi 10 GPUs. What we do know is that if they are indeed launching in the coming month, we should definitely expect more details soon.