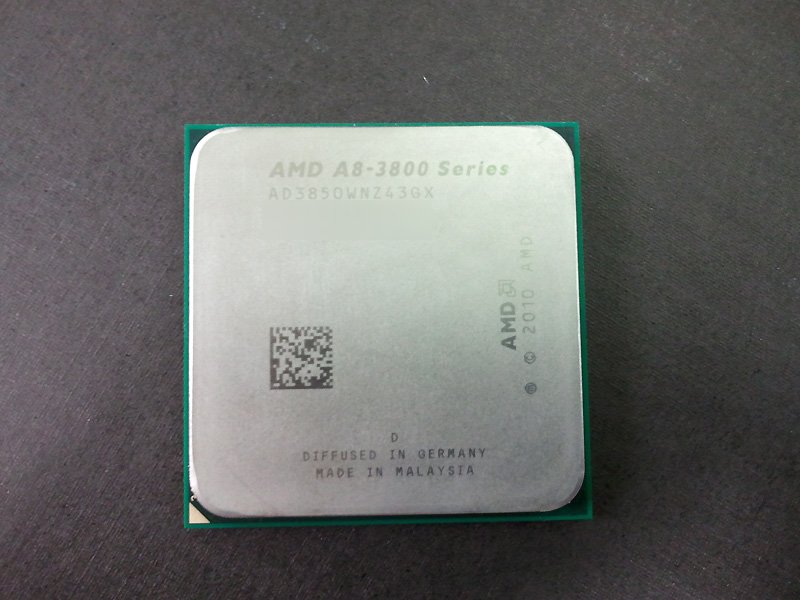 A member from TweakTown Forums has got his hands on the upcoming AMD "A8-3850" Lano APU and benchmarked it, This is the second Llano Fusion chip we have reported this week with the first one also being part of the A8-3800 Series APU (Accelerated Processing Units) which you can see here.

The A8-3850 is a Quad Core variant which comes at Stock core speed of 2.9Ghz (T.C - 3.1Ghz) featuring 4MB L2 Cache while consuming 0.920V power while the Embedded Radeon IGP is a HD6550 chip. The user performed benchmarks at both Overclocked and stock settings. The test setup consisted of a Gigabyte A75M-UD2H Motherboard, 4GB DDR3 Ram and Win 7 64-bit OS. For overclocked settings the used had the CPU running at 3.77Ghz (1.520V) while the memory was pushed to 2320Mhz. IGP clocks remain unknown.

The benchmarks consisted of 3D Mark 06, 3D Mark Vantage and 3D Mark 11 as the user intended to show the gaming performance of the Llano chips. The previous IGP world record in 3D Mark Vantage was claimed by the Z68 and H67 chips of Intel embedded graphics were 3559 and 3988 3D Marks. Well follwoing are the scores obtained by the Llano chip:

(10K Barrier broken by a single IGP is a world record)

The scores are real great for an embedded chip which totally blows away the integrated GMA chips on Intel Processors, Pricing is yet unknown but the Llano chips will target the mainstream Intel lineup and would arrive by Q3 2011. You can check out the original article here. Pictures below: 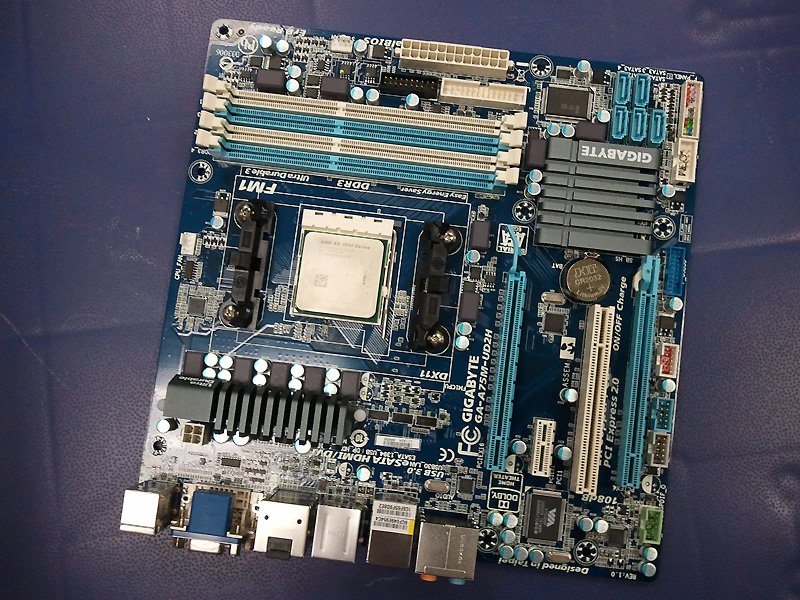 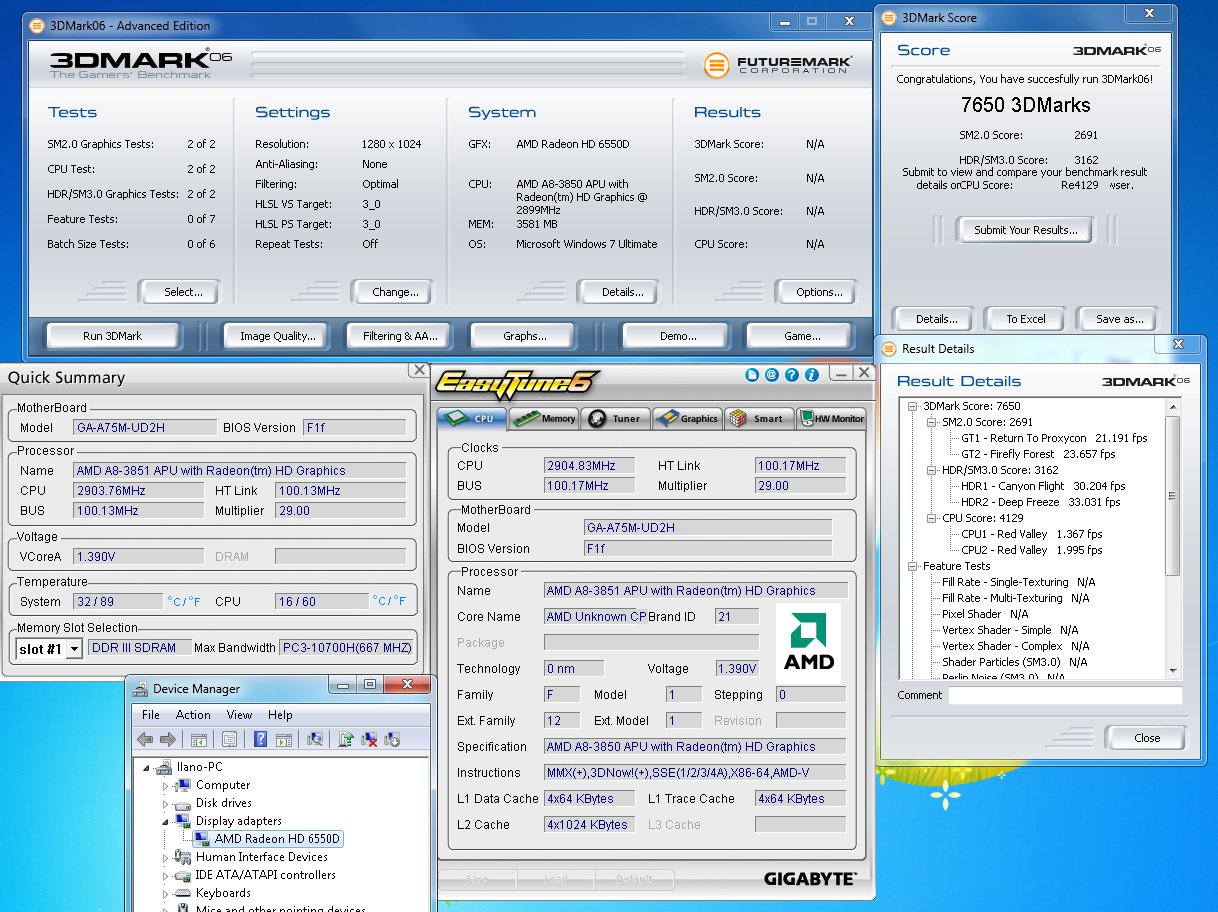 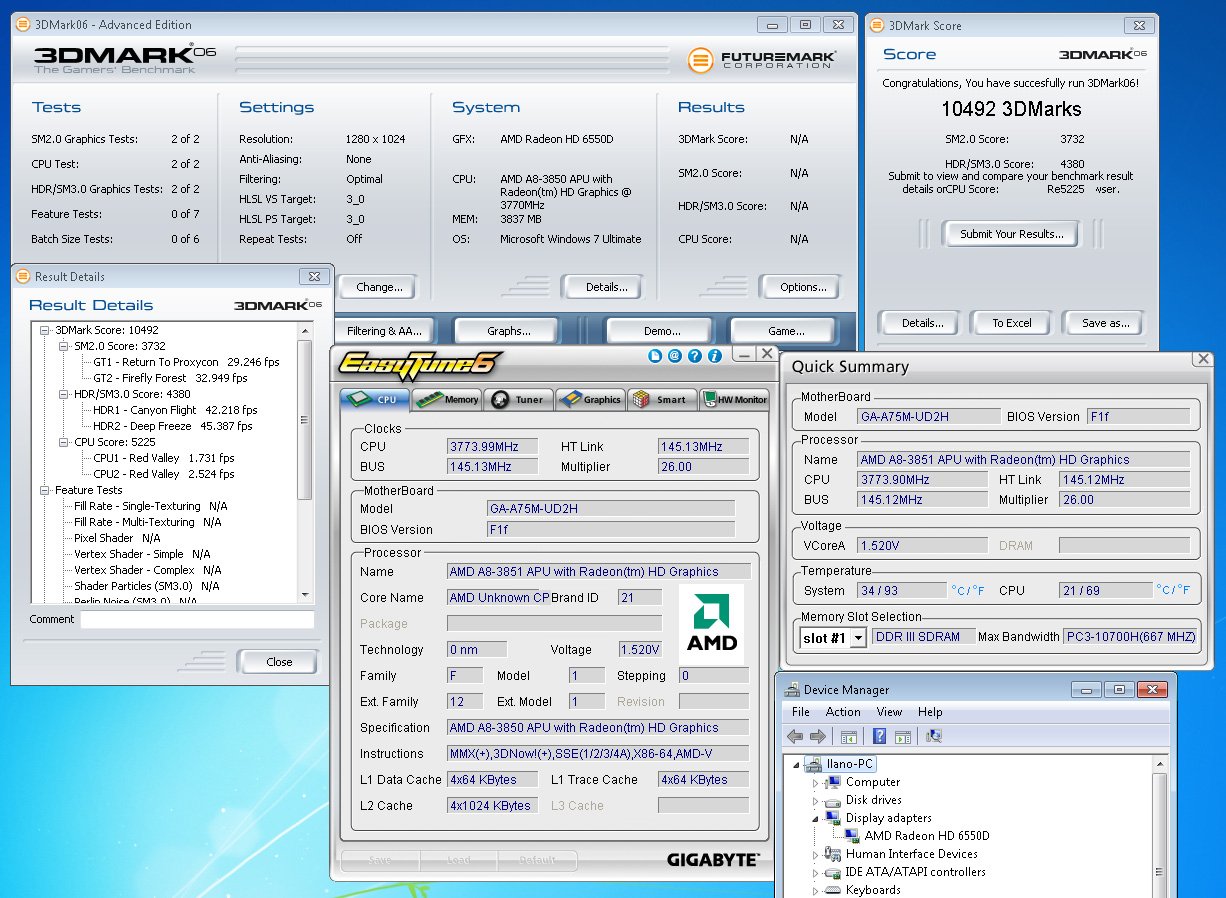 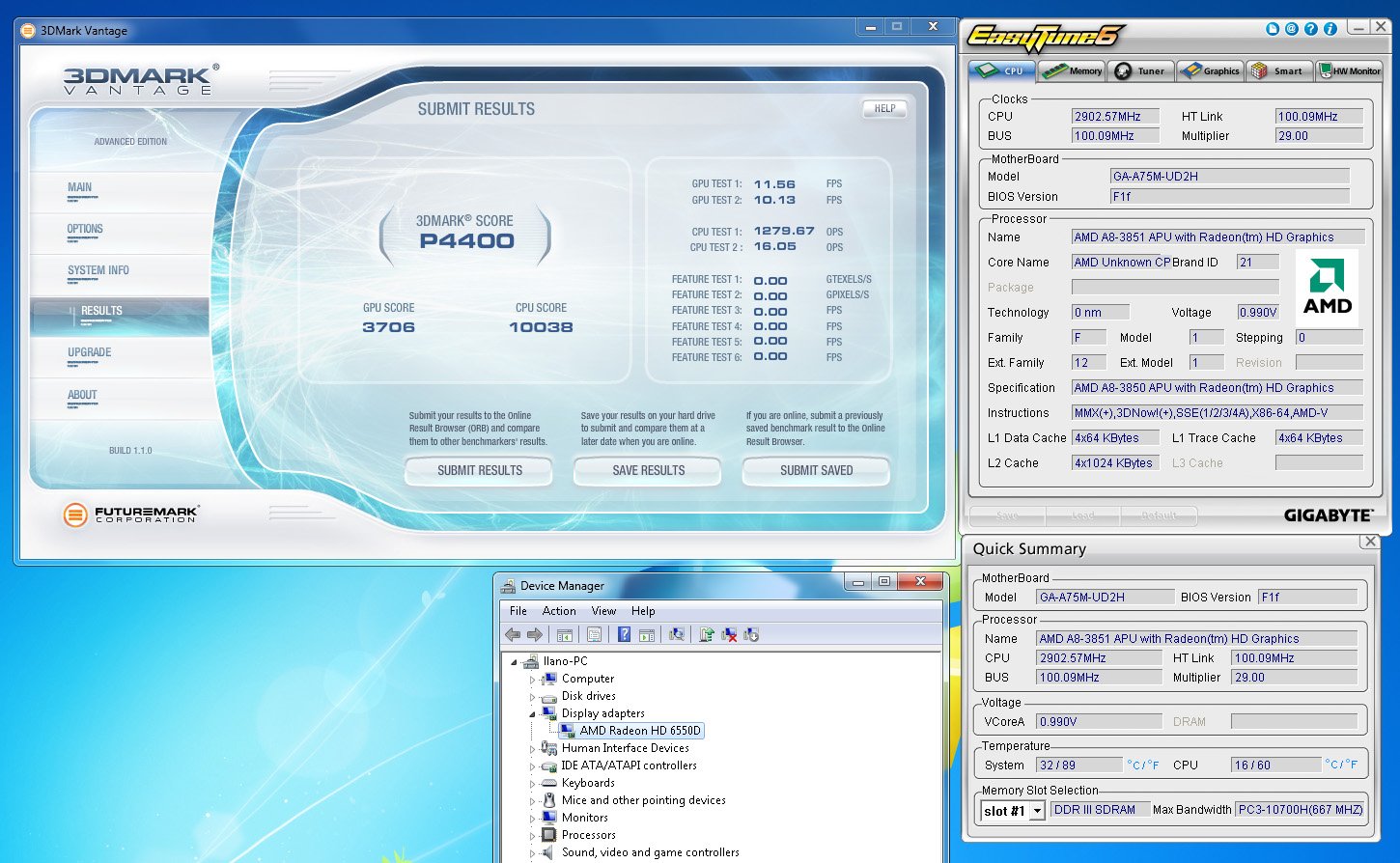 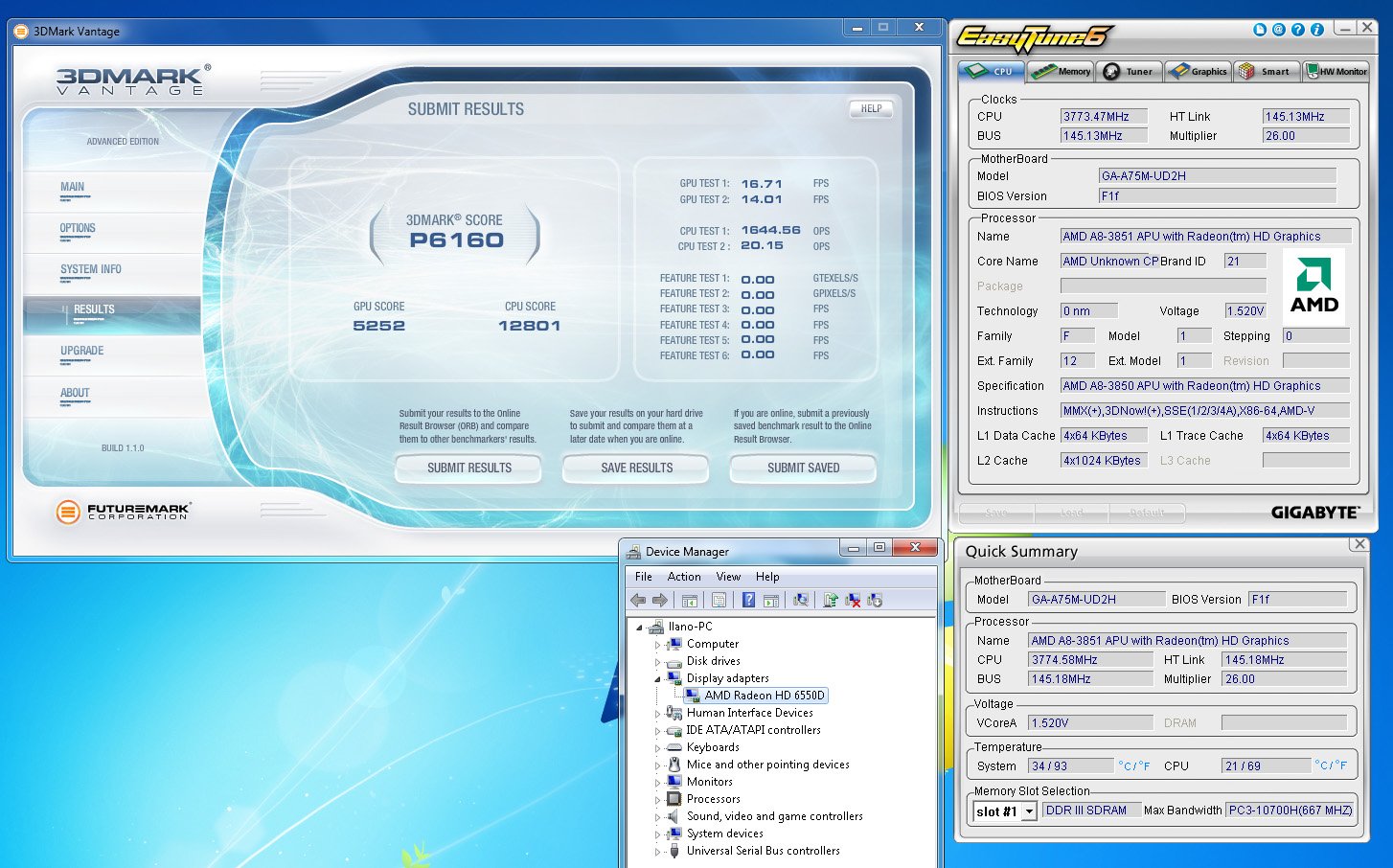 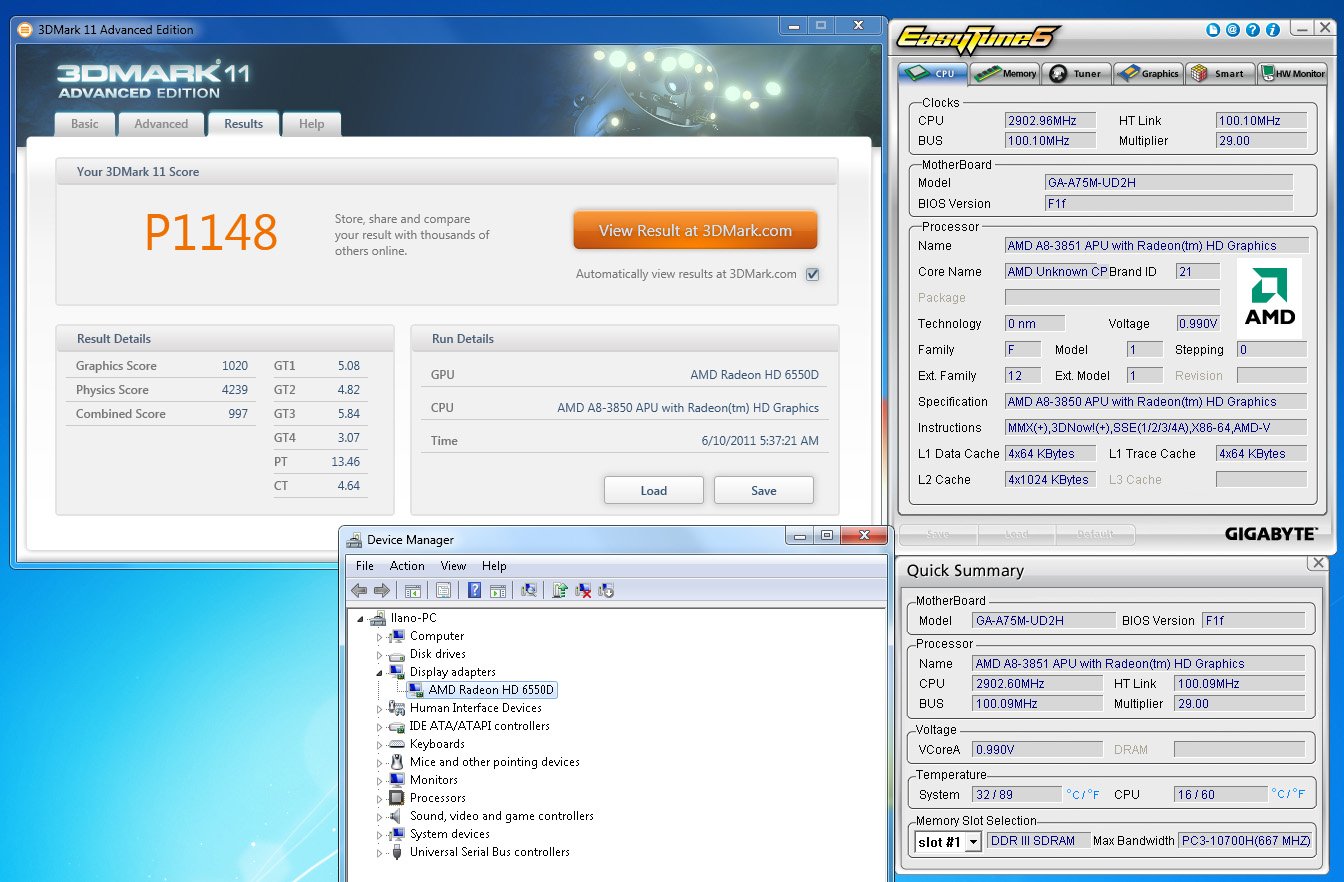 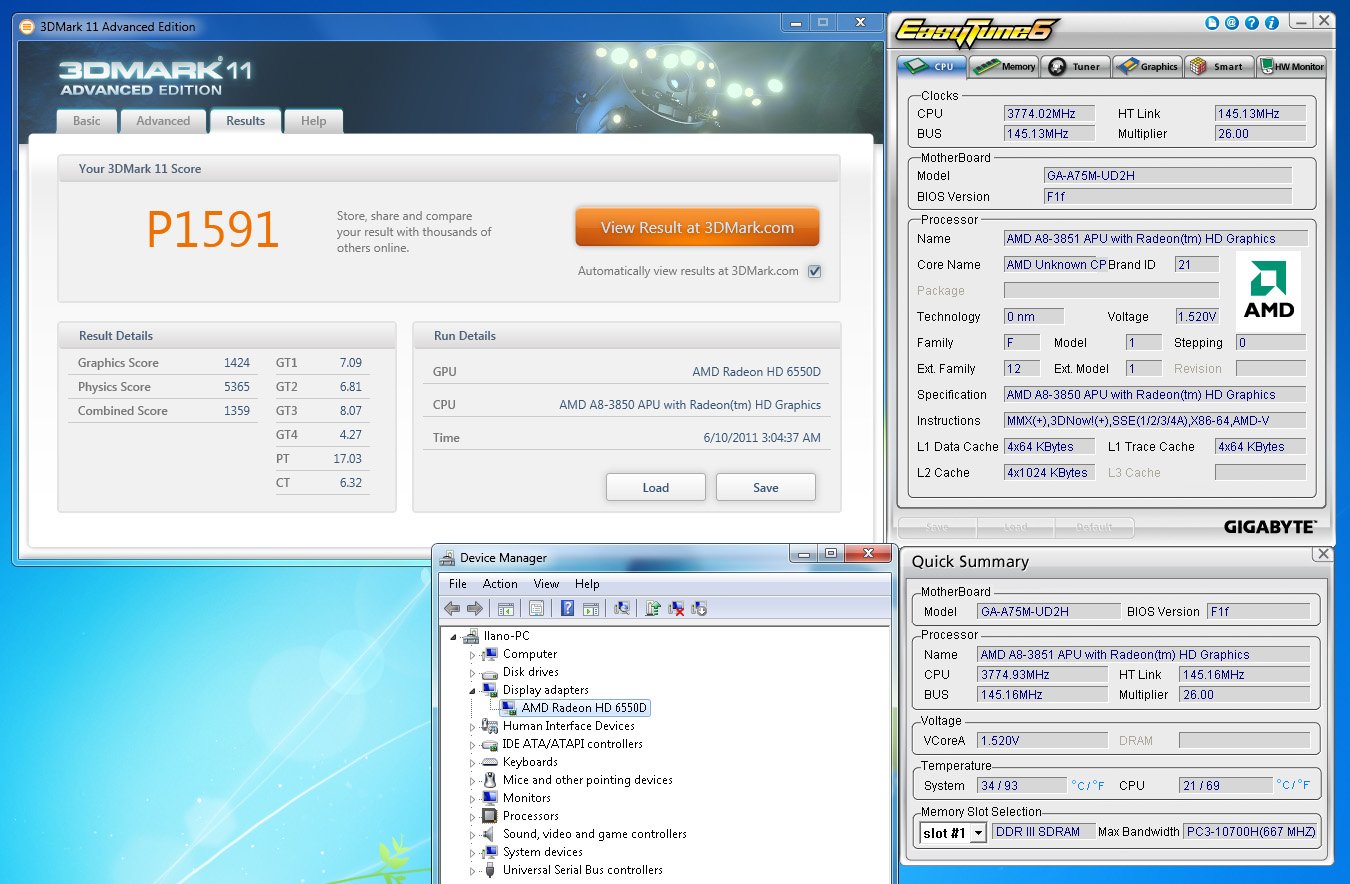 More info on AMD Llano Fusion in the following links: