As expected, AMD has finally announced its entry-level A520 motherboard lineup which has been introduced by its board partners. The AMD A520 motherboards give entry-level Ryzen PC builders more options to select from in the budget range while offering a list of new features over the older A320 and B450 motherboards.

The AMD A520 motherboards have a lot to offer aside from their entry-level (sub $100 US) prices. The motherboards carry increased I/O, better quality components, and support for next-gen Ryzen CPUs & APUs in addition to the existing ones, something that we cannot expect from the aging and much older A320 boards.

While you don't get any PCIe Gen 4 support on A520 motherboards which isn't such a big deal considering that the GPUs that users will end up running on the A520 platform would hardly even saturate the PCIe Gen 3 interface, board manufacturers are including a range of features such as better USB 3.1 Gen 2 ports and faster Ethernet and WiFi controllers which offer a better experience over older entry-level options. You also get out of box support for the existing 3rd Gen AMD Ryzen CPUs 'Matisse' and APUs 'Renoir'.

As mentioned in our previous post, the AMD A520 platform will be the latest in the 500-series PCH family to support its next-generation AMD Ryzen CPUs codenamed Vermeer and also Ryzen APUs codenamed Cezanne. Board manufacturers will release BIOS for their respective A520 boards prior to the launch of the said processors so if you're thinking of upgrading to an entry or mid-tier next-gen Ryzen CPU/APU, then the A520 motherboards definitely have you backed up. 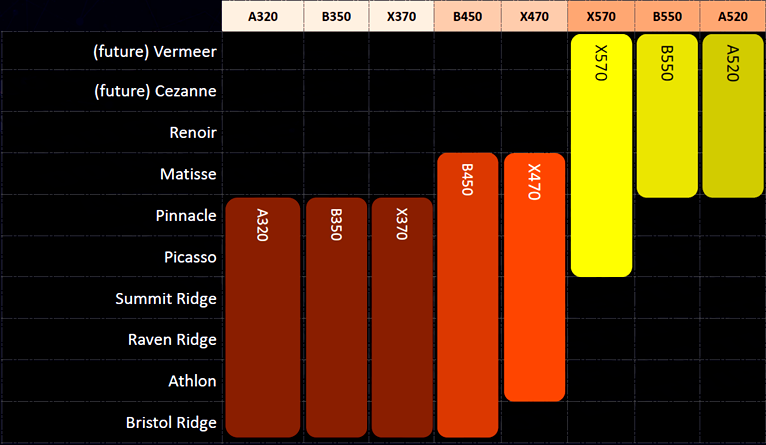 AMD's board partners have also released their respective A520 motherboards which we have listed down below from each manufacturer.

ASUS has so far announced just three A520 motherboards, two of which are part of their PRIME series and a single one that is part of their TUF Gaming lineup.

ASRock has unveiled six new A520 motherboards which are part of the standard Pro series line of products. The boards include four mATX and a single Mini-ITX option.

MSI has four new motherboards in its AMD A520 lineup including a new MAG series product, the MAG A520M Vector WiFi.

Gigabyte has the biggest lineup of all other manufacturers with a total of seven boards of which five are part of its standard UD segment and the rest of the two are part of the AORUS segment.

Biostar has a single AMD A520 motherboard in its portfolio which is its A520MH and carries a sub-$100 US price tag too.

As of right now, a few motherboards have already been listed by online retailers with the Gigabyte A520M S2H retailing for $69.99 US and the Gigabyte A520M DS3H retailing for $74.99 US over at Newegg. Overclockers.co.uk has also listed down the ASUS A520 lineup which is retailing for £61.99 for the PRIME A520M-K, £69.95 for the PRIME A520M-A and £79.99 for the TUF Gaming A520M-Plus. Expect the rest of the motherboards to start appearing on retail shelves within the next couple of days.