A spec sheet of the HP 245G2 and 255G2 Laptops included something very interesting: previously unrevealed models of the AMD's Kabini line of APUs. The models are the Dual Core E1-2150 and the Quad Core A4-5050 respectively.

Kabini has quickly trickled into a very select niche of low power graphic products that have low - medium gaming needs. A common example is the Tango PC and nano-boxes which utilize the AMD Kabini APU to great effect. It is for this reason that the discovery of previously unreleased APUs is eye-raising, and poses the question whether AMD is creating custom tailored SKUs for OEMs. 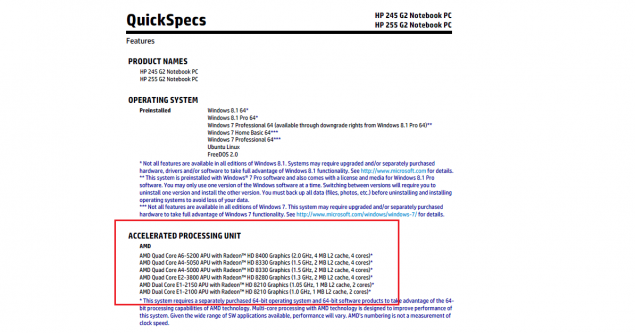