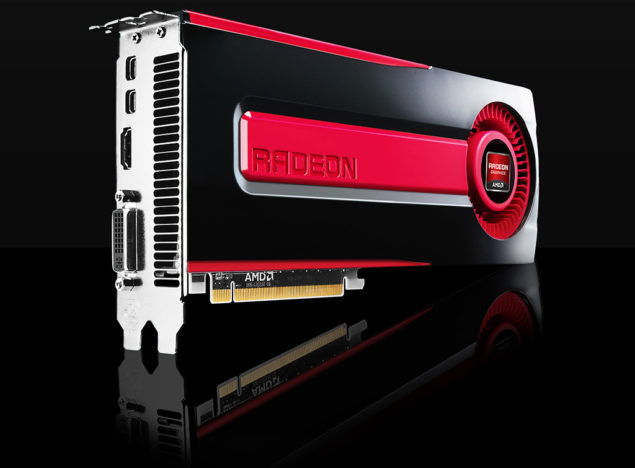 AMD today (paper) launched its new 28nm Radeon HD7970 GPU which features the Tahiti GCN Core Architecture. The Radeon HD7970 is the first 28nm based Graphic Card which offers 150% in performance/sq mm improvement over its predecessors and is currently the fastest DX11 Single-GPU on the planet.

The Radeon HD7900 Series are PCI-e 3.0 Compatible and feature the new AMD PowerTune and AMD ZeroCore Power technology which allow for maximum performance while retaining an efficient power design.

"True to the maxim, 'never settle,' AMD is once again aggressively advancing the state of the graphics industry - this time with the arrival of the world's fastest single-GPU graphics card, the AMD Radeon HD 7970," said Matt Skynner, corporate vice president and general manager, GPU Division, AMD. "This graphics card represents a revolution in the graphics industry. To put it bluntly, the AMD Radeon HD 7970 changes everything!"

Specs on the card include 2048 Stream Processors, 128 TMU's, 32 ROPs, a core clock of 925 MHz, a 384-bit memory interface, and 3GB of GDDR5 memory clocked at 5500 MHz. The Dual Slot cooler holds a central liquid chamber and improved fan design for enhanced cooling performance. Display Connectors include 2 Mini Display Ports, 1 HDMI 1.4a and a DVI-D Port.

Multi-GPU Configurations are enabled through two CrossfireX fingers, Total TDP falls around 250W and the power is supplied through 2 6 Pin Connectors.

As expected, The performance increase over HD6000 Series is great and CrossfireX scaling has improved to 99.9%. In most High Res Benchmarks, The card easily outperforms the Nvidia GTX580 at Stock specs while there's alot of room for huge overclocks still left. Performance is pretty much near the HD6990 levels in few benchmarks and we could see enhancements as the Catalyst Drivers become mature. Best part about the HD7970 is its low Power Consumption at full load, This really show the Power/Heat efficiency in the 28nm design.

Following are the list of reviews from other hardware sites: